A Beginner’s Guide to Blackpowder 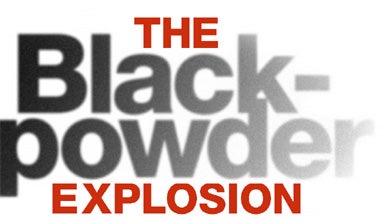 Almost 4 million hunters a year drop powder down their barrel, ram in a bullet, and accept the challenge of muzzleloading. The blackpowder business, as they love to say in the industry, is booming. One reason for the growth is that most states have special muzzleloader-only hunts. So picking up a smokepole can extend your season by weeks. There's also the lure of history. You can bring home venison with essentially the same rifle that Daniel Boone or Jim Bridger used. That's the great thing about muzzleloading-"you can be a mountain man with a Hawken caplock or a modern man with a scoped, superaccurate rifle using a nearly flawless ignition system. Or you can be some combination of the two, taking advantage of modern conveniences while still embracing the primitive challenge of the hunt. It's up to you. We're here to help you find your way among the piles of guns, bullets, powders, and other gear. Your first decision is the type of rifle. Some states only allow certain types of muzzleloaders during their primitive seasons, so check the regulations first. Daniel Boone carried a flintlock, as did soldiers on both sides in the American Revolution. It's the gun that is responsible for the phrase "keep your powder dry"-"anyone who has shot one in the rain knows why. Developed in the early 19th century, the percussion caplock has a faster lock time and greater reliability than its predecessor. The in-line was invented by gunsmith Tony Knight in the 1980s, and it does away with many of the frustrations of traditional designs. Field & Stream Online Editors
SHARE
Rifles
Deer
Deer Season
Gear
record fish
Rifle Shooting Tips