Predator Control: The Truth About Coyotes vs. Deer 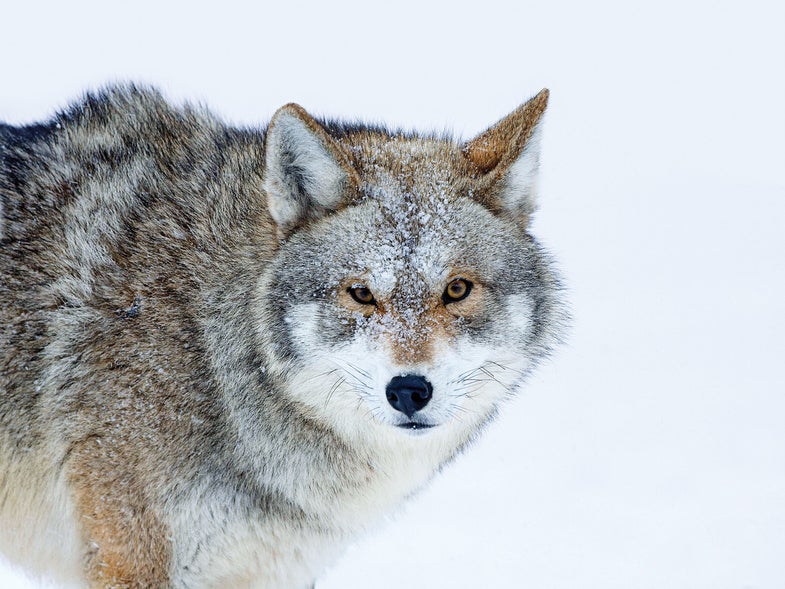 Rumors of coyotes began circulating through the Southeast in the mid-20th century. Over the next several decades, the rumors became newspaper reports, and then roadside sightings. Still, coyotes remained mostly a curiosity. But in the 1990s, everything seemed to change.

“Suddenly, people were seeing coyotes in Georgia and North Carolina, and all over the Atlantic Coast,” recalls Michael Chamberlain, a dedicated deer hunter and professor at the University of Georgia (UGA). “Those were places coyotes weren’t supposed to be.”

Like many biologists in the Southeast, Chamberlain took notice of the coyote issue around the turn of the millennium. The Western predator was expanding beyond its strongholds, quietly scattering across the South. At the time, the greatest threat to deer in that region was their own overabundance, so the coyote sightings didn’t garner much attention. But in the early 2000s, the number of tagged deer began slipping in some Southern states; South Carolina saw a 23 percent decline between 2002 and 2005. Georgia’s deer take is thought to have dipped by 28 percent from 2001 to 2005, and Alabama’s annual yield dropped by more than 48 percent between 2004 and 2011.

Disease and more restrictive regulations no doubt played a significant role in the declines, but coyotes were also killing deer—more than many people realized. In one South Carolina study, coyotes accounted for 37 to 80 percent of all whitetail fawn mortalities. In 2007, a study of a herd near Auburn, Ala., showed a 67 percent fawn mortality rate, with coyotes accounting for 42 to 63 percent of the toll. In response to the problem, states loosened regulations on killing coyotes, and South Carolina even rolled out extensive trapping efforts, only to find them largely ineffective and costly.

In 2009, as wildlife managers and biologists grappled with the problem, Chamberlain began a five-county study in North Carolina, in which he and his team affixed tracking collars to 41 coyotes. Over time, they discovered that there are essentially two types of coyotes: residents, which make up about 70 percent of the population; and transients, which compose the remainder. Resident coyotes, Chamberlain observed, have relatively small home ranges of 2 to 25 miles. Transients, on the other hand, may roam 150 miles, presumably looking for a home range to open up. Once a resident coyote dies, a transient will settle in and claim the territory within a matter of weeks. This helps explain why trapping efforts weren’t working. “For every 10 coyotes you remove, three were just passing through,” Chamberlain says. “And if you’re removing transients, you’re not really having any effect.” Shooting the occasional coyote really makes no difference in what happens to the deer herd.

Spring to the Defense

Now Chamberlain is leading a team that’s tracking coyotes on a larger scale. They’re monitoring nearly 200 animals with transmitter collars across three states (Alabama, Georgia, and South Carolina); it’s the most ambitious study of its kind. The goal is to learn more about how these predators use habitat, and how land management practices can manipulate coyotes’ effect on other species. And Chamberlain’s findings may just change how sportsmen manage the beasts.

So far, Chamberlain and his team have observed that coyotes concentrate in areas that also seem prime for deer. Though they haven’t determined how to discourage coyotes’ use of these areas, they have picked up ways to curb fawn predation in them. A leading approach, Chamberlain says, is to trap coyotes in late spring, just before the fawning season, so that fawns have time to mature before transient coyotes move in. “If you trap at any other time of year,” he says, “you’re essentially removing animals that will have their space filled before fawns ever hit the ground.”

Kip Adams, director of education and outreach for the Quality Deer Management Association, agrees, adding that the timing of coyote removal is likely more important than the number of coyotes removed. Most hunters trap and shoot coyotes in winter, when pelts are at their prime. But if improving fawn survival is a goal, shifting those efforts to April or May makes sense. Adams notes that the management of good fawning cover can also encourage fawn recruitment. In severe cases, where coyotes are jeopardizing herd numbers, hunters may need to shoot fewer antlerless animals, too. That runs counter to the message of aggressive doe management many have embraced in the past decade, but deer management is an evolving science.

No matter the outcome of Chamberlain’s study, hunters will have to deal with coyotes for the foreseeable future. The reality is that coyotes, with an ample food supply and quality habitat, show no signs of loosening their hold on the eastern United States. “They are here to stay,” Chamberlain says. But he believes that deer will adapt over time and improve their abilities to stave off coyote predation, and herds will resemble those that have dealt with the canines forever. “This predator is still fairly novel to them,” he says. “Talk to a deer manager in Texas, where coyotes have been present for many years. The problem isn’t really that high on the radar screen.”

Should you decide that you need to trap coyotes in spring, Chip Sharpe, South Carolina director of the National Trappers Association, recommends using a Minnesota Trapline MB-550 two-coil leg trap, paired with a PIT-19 cushion spring. This combo prevents a coyote from breaking a leg once ensnared, and minimizes the animal’s pain and the odds of it working itself free. —J.R.S.

This article appears in the Feb./March 2017 issue with the headline “Damage Control.”