The short answer—because it’s supposed to. But there’s more to it. 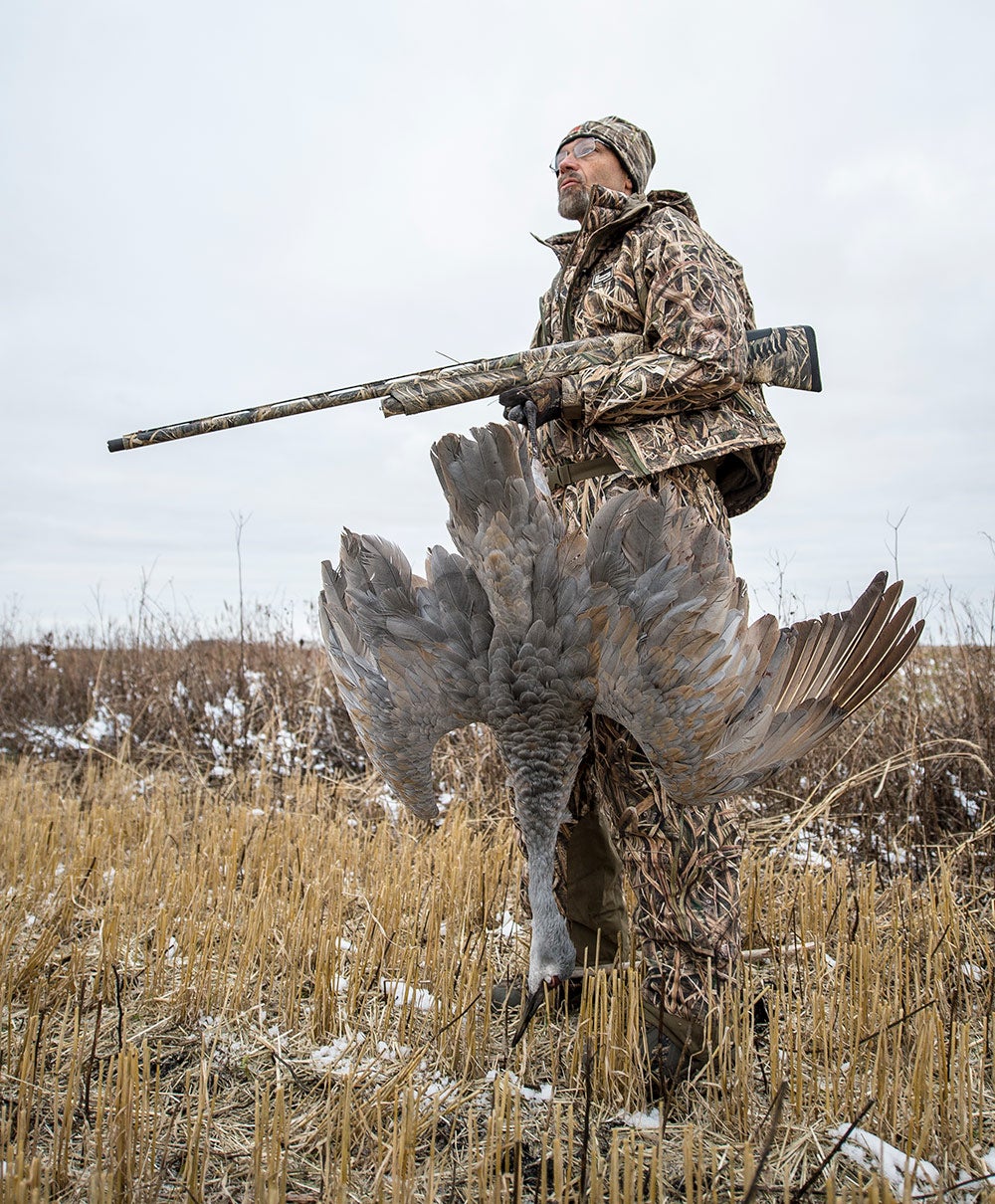 The letter I’ve been receiving more than any other this year, and in late 2017, is: “I want to buy a Benelli Super Black Eagle 3, but am concerned because I hear they shoot high. Is that true?”

There is a lot of Internet buzz about the SBE 3’s high point of impact. My answer: Yes, from what I have seen, they shoot high. And, according to Benelli, they’re supposed to.

The official line is that Benellis are designed to be shot while floating the target. A lot of people aren’t comfortable with that idea. Like me, they were taught to blot the bird out with the muzzle. After many years and many misses, I learned that the easiest way to shoot birds and clays both is to see the target over the barrel. As long as you can see the target, your eyes can send your hands to the right place to make the shot. Covering birds leads to head-lifting, since you can’t see the target when you pull the trigger. On crossers, it creates the “occluded target” in clay-speak, where the bird gets behind the gun. You can’t see it, your eye goes to the gun, and you miss high and behind no matter what your gun’s point of impact.

A gun that prints more of its pattern above the point of aim is better suited to floating the bird, and that’s what the SBE 3 is designed to do.

I have to confess that I never worried about the SBE 3’s point of impact, because everything I shot with one at fell from the sky or broke. Then I started hearing complaints about the SBE 3’s point of impact, so I asked Benelli to send me two new ones last winter. Shooting them from a rest with the beads lined up, not stacked, and with Benelli’s recommended 6 o’clock hold, I was surprised to find both guns patterned trap-gun high at 40 yards, like 80/20 or 90/10 and centered. Then I shot a round of low-gun skeet without changing the way I normally shoot, and I crushed every bird. The gun shoots high. So, what? It’s an easy gun to shoot.

Benelli tells me they have taken customer feedback about the SBE 3’s point of impact seriously. They have tested guns extensively. They test POI at 21 yards, and anything from 0 inch to 120mm (4.8 inches) falls within spec. That would translate to, at most, about 9 inches high at 40 yards, which is about an 80/20 pattern. They have also adjusted tolerances on the barrel stop nut on the magazine tube to lower POI within spec, decreasing chances you’ll get an 80/20 gun.

Like all Benellis, the SBE 3 comes with shims so you can increase the drop of the stock, which will lower the point of impact when you mount the gun and shoot it in the field (more drop doesn’t change the POI when you aim from the bench). If you are more of an aimer than a pointer, you can lower the POI significantly by adding a bigger bead. I took the extremely tiny factory bead off one of the two guns I tested and replaced it with a fat 4mm bead. POI dropped to 65/35 when I shot the gun off a rest.

If you’re fixed on a gun that shoots 50/50, buy something else, but in my experience with the Super Black Eagle 3, it shoots where the ducks and geese are.

Benelli’s Super Black Eagle versus the Browning Pump Shotgun. Aside from being known primarily by their initials (SBE and BPS), both guns share a warm spot in the hearts of many hunters, especially waterfowlers.

The BPS was introduced in 1977. Its bottom-eject, top-safety design makes it the only truly ambidextrous pump out of the box. Its fit and finish set it above most other pumps, and its steel receiver gives it nearly 8-pound heft in 12 gauge, just right (IMO) for waterfowl. It has one quirk to be aware of: until you learn the trick (easily found on YouTube) to putting it back together, you don’t ever want to remove the trigger group. The unadorned BPS endured a period when it suffered from being decorated with elaborate, but far too faint, engraving. Fortunately those days are over and the BPS is back to being elegantly plain.

The SBE was introduced in 1991, the first semiauto chambered for the then-new 3 ½-inch 12-gauge cartridge. Although the lightweight SBE will rock you pretty hard if you load it with 3 1/2s, its inertia system stays cleaner longer and it runs in weather that other semiautos can’t handle. It, too, has a quirk: nudge the bolt even a tiny bit out of battery and the gun may go “click” instead of “bang.” The SBE was replaced by the SBE II in 2005.

Here are the guns. No warm, fuzzy family stories this week, just the facts:

This is my Benelli SBE. I bought this gun many years ago and it has served me well on waterfowl and turkeys. About 15 years ago I had it parkerized olive drab.

This is my Browning BPS that I got about 1 1/2 years ago. I’ve used it for dove hunting and shooting casual skeet. It’s a bit heavier than other pump-action shotguns because of its steel receiver. Its action has slickened since I bought it and is now very easy to cycle. Its wood isn’t bad, and the metal is nicely blued. It fits me like a glove and comes up to my shoulder very well.

Pump vs. semiauto, 3-inch vs. 3 ½-inch, wood stock vs. plastic: Which do you like, and why? Vote and comment below and keep the gun pictures coming to fsgunnuts@gmail.com.