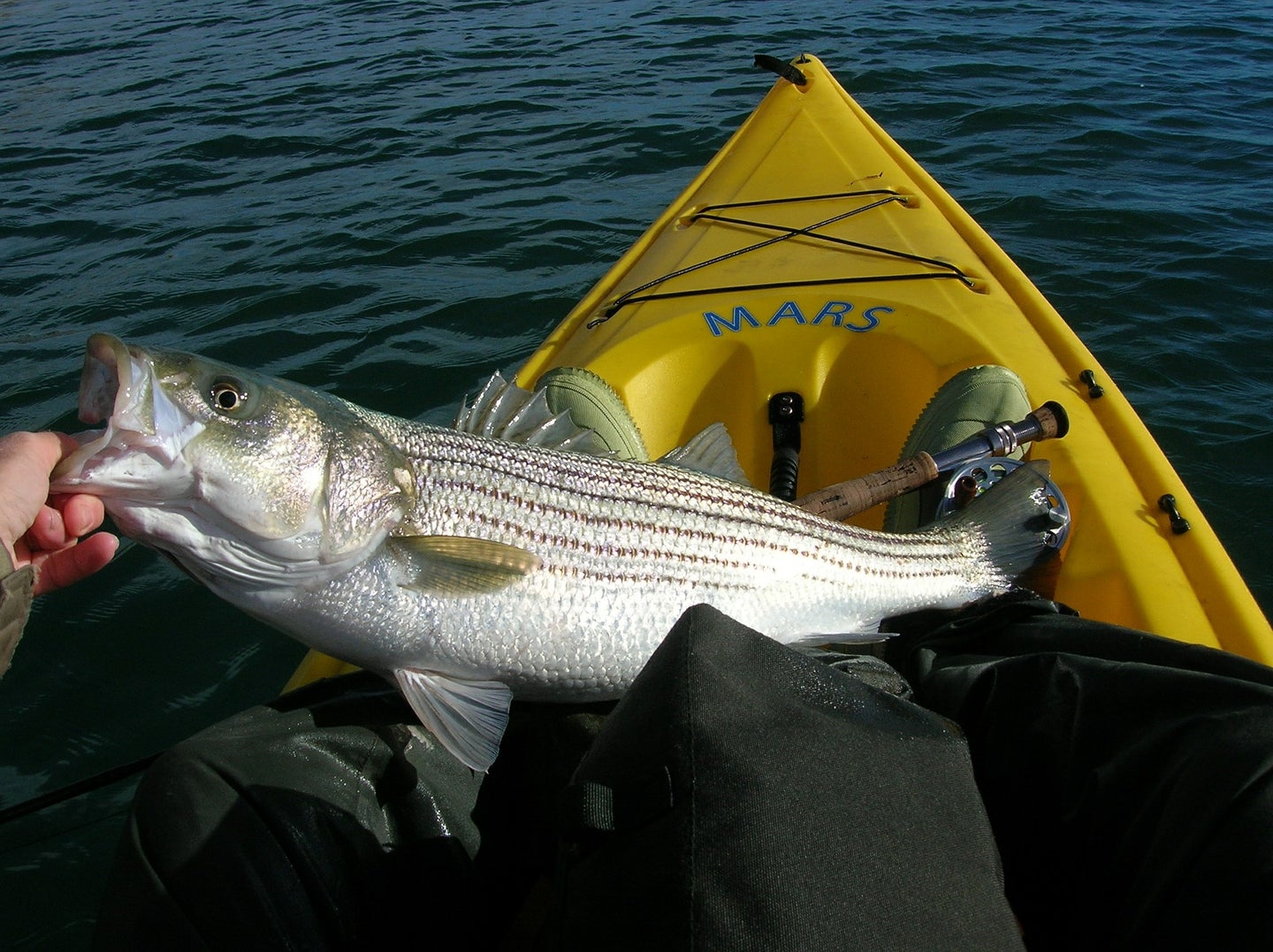 Stripers Forever, a Maine-based organization of recreational anglers that advocate catch and release, has recently made a push for a 10-year moratorium on striped bass harvest for both commercial and recreational anglers. In the last 40 years, striped bass have gone from nearly extinct to relatively abundant along the East Coast. Now it seems the tides are turning once again, and stripers are becoming scarcer than they were around recent peaks in the early 2000s.

Several theories exist for the downturn, including degradation of nearshore habitats and changes in the forage base. Whatever the reasons, the female spawning stock biomass has been below the sustainability threshold since 2013. To reverse this trend, Stripers Forever is asking the Atlantic States Marine Fisheries Commission (ASMFC) for a decade-long moratorium.

Because coastal fish are migratory and move through several jurisdictions, the ASMFC was created to represent several states where fish like stripers are taken. Working in conjunction with NOAA Fisheries and the U.S. Fish and Wildlife Service, the ASMFC creates Interstate Fishery Management Plans to set seasons and quotas along the Atlantic coast.

Periodically, the regulatory body reassesses fish stocks in an effort to keep harvest levels sustainable while maximizing opportunities for both recreational and commercial fishermen. Striped bass management is currently on the agency’s docket.

Stripers Forever’s mission centers around bestowing gamefish status upon striped bass, effectively ending commercial harvest. The organization believes that “The real value of striped bass is not as a seasonal market commodity, but as a public resource that offers social, economic, and recreational benefits to millions of Americans from Maine to South Carolina.”

Their latest push of asking the ASMFC to enact a 10-year harvest moratorium would still allow for catch-and-release fishing. Additional measures would include barring the targeting of striped bass in historic spawning areas, limiting lures to a single treble hook, and requiring barbless hooks on lures.

Read Next: Letting Go: Deciding the Fate of a Striped Bass That Took 15 Years to Catch

However, prohibiting the taking of fish wouldn’t eliminate angling-related striper deaths. According to recent studies, stripers have a 9 percent release mortality. ASMFC’s estimates from 2019, the latest year for which data is available, indicate that recreational anglers caught 30.9 million fish, 28.8 million of which were released. Of those sent back to the water, 2.59 million died from the stress of the encounter.

But with the moratorium, Striper’s Forever is looking to preserve the approximately 2.2 million fish that were taken for the table by recreational anglers and 619,000 by commercial fishermen to strengthen striper stocks along the East Coast. If you’d like to weigh in on the subject, you have until April 9 to submit comments to the ASMFC.