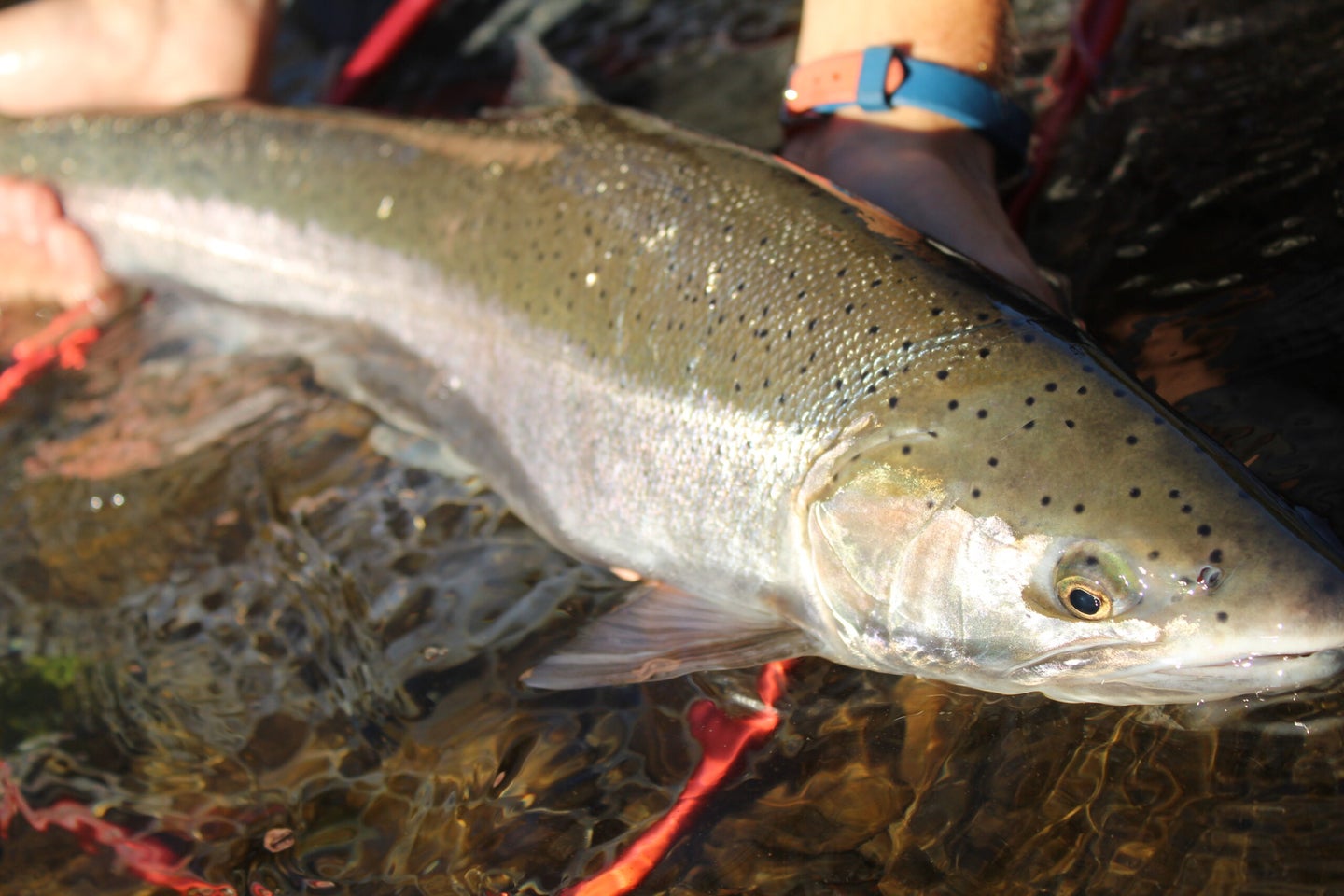 The dams on the Snake River have restricted steelhead since the 1960s. Ryan Chelius
SHARE

On February 6th, Idaho Congressman Mike Simpson announced a $33.5 billion proposal to bring back one of the Northwest’s most iconic salmon and steelhead fisheries and invest in the region’s energy, transportation, and agricultural infrastructure.

The proposal calls for the removal of the lower four Snake River dams. It also maps out a plan to invest significant funds into the infrastructure needed to replace the benefits of hydroelectric energy. Simpson announced the plan in a video released Saturday evening.

“There is no viable path that can allow us to keep the dams in place,” Simpson said in the video. “I am certain, if we do not take this course of action, we are condemning Idaho salmon to extinction”

How the Dams Make it Harder to Recover Fish Populations

The Columbia-Snake River Watershed was historically one of the most productive salmon fisheries in the world with close to 50 percent of the river’s wild runs coming from the Snake River and its tributaries. Between 1962 and 1975, four dams were built on the lower Snake River that heavily restrict fish from migrating.

Ever since the dams were built, government officials and conservation organizations have spent over $17 million trying to recover the depleting fishery. Simpson sees no other way but to remove the dams in order to restore salmon and steelhead populations.

“There are those who talk and those who lead. We applaud Congressman Simpson for his bold leadership to mobilize support in Congress for a comprehensive and lasting plan that would make significant investments in the Northwest economy while recovering the salmon and steelhead that define the region,” says Chris Wood, president and CEO of Trout Unlimited. “Snake River salmon and steelhead are remarkable fish. All we need to do is give them half a chance, and they will thrive for generations to come.”

Simpson believes that if the dams are removed, then funding must be provided for irrigators, farmers, agricultural handlers, and other important industries that benefit from hydroelectric energy. The proposal would also give $10 billion towards dam energy replacement. The full outline can be found on Mike Simpson’s website.

“Congressman Simpson’s proposal for a re-imagined lower Snake River is a groundbreaking opportunity to restore salmon runs to the basin,” says Rob Parkins, Backcountry Hunters and Anglers public access coordinator. “His plan not only will restore historic fish runs; it also will enable stakeholders to come together on a strategy that will benefit fish and wildlife, create jobs, and boost the economies of the communities in the area.”

Trout Unlimited is a strong supporter of the proposal and is encouraging members and fellow conservationists to sign a petition to remove the lower four Snake River dams. TU held an online webinar on June 25th of last year to explain the science of the lower snake river dams and how they impact the ecosystem.

Idaho Rivers United and Patagonia are also two big supporters of the “Free The Snake” campaign and have been advocating for years to protect and restore the Snake River fishery. In 2015, Patagonia released a short film “Free The Snake” to raise awareness about the dams.

Simpson reiterates that he has not yet developed any legislation. And that it will take all of the Northwest leaders and stakeholders working together to draft a solution. But this proposal is one step closer to restoring one of America’s greatest salmon fisheries.