Why The Great American Outdoors Act is Such a Big Deal

The Senate just passed the largest public lands funding legislation since the days of Teddy Roosevelt. Here’s what it means for hunters and anglers 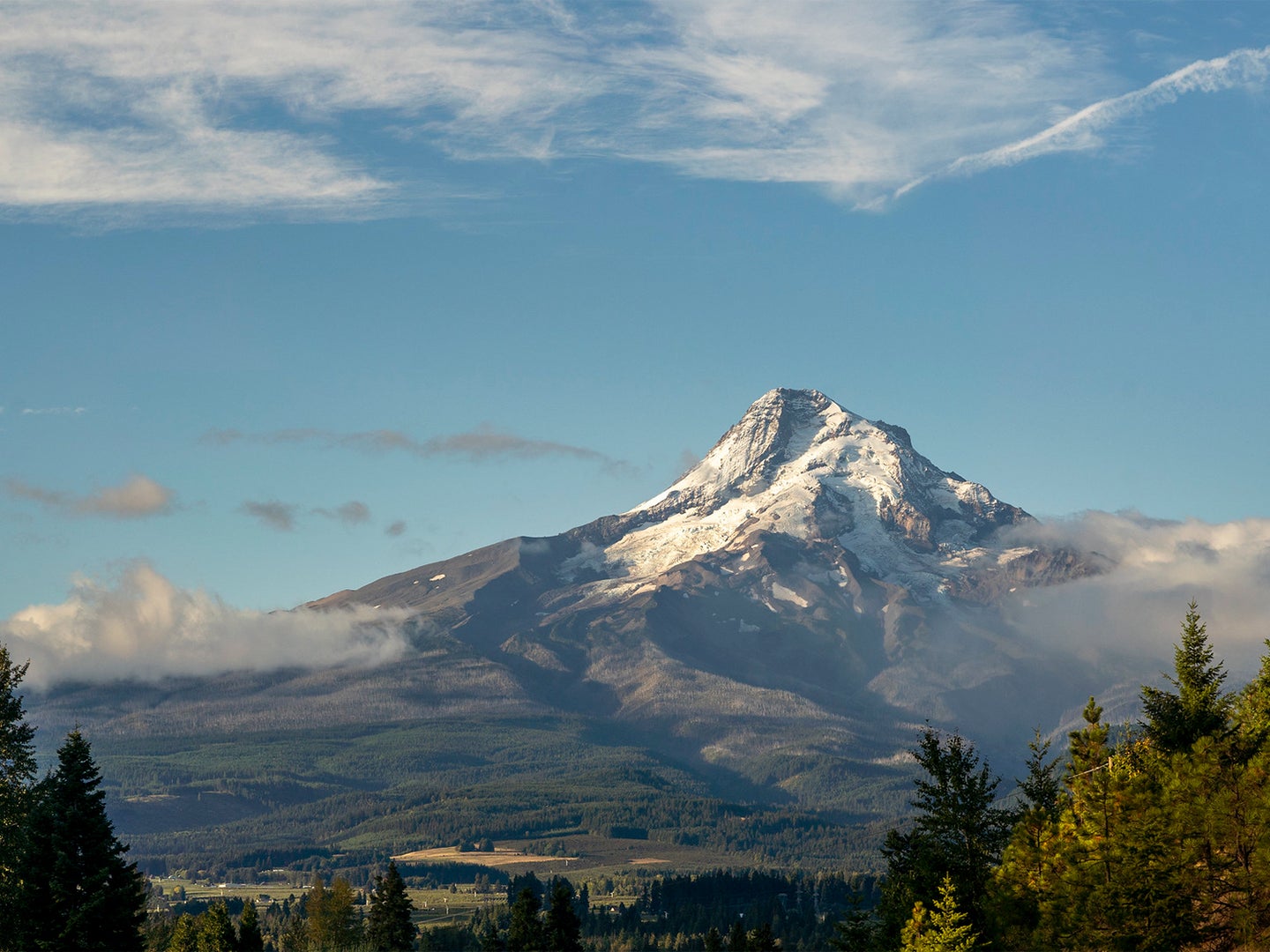 On June 17th, the U.S. Senate passed the Great American Outdoors Act with a vote of 73 yays and 25 nays. This news made headlines across an America that was reeling from protests, amid the profound uncertainty of a pandemic, at a time of polarized politics at a scale and fury not seen since the Civil War. As Senator Martin Heinrich of New Mexico said, “I’ve done conservation work for 25 years, and most of it has been relatively incremental. This is the first time I’ve worked on something that is truly on a scale that Teddy Roosevelt himself would be proud of.”

Holy smokes. What is it?

Senate Bill 3422, or the Great American Outdoors Act accomplishes what hunters, anglers, and other conservationists (along with just about everybody from historical preservation groups, healthy-living advocates, veteran’s groups, watershed and floodplain managers, small business advocates, and so on) have been trying to do for decades now: permanently authorize the Land and Water Conservation Fund (LWCF) and fund it for the full $900 million per year as was intended when Congress created the program in 1965. The bill also allocates $1.3 billion over the next five years to address the shameful neglect of maintenance and other needed work on our National Park system, but more about that a little later.

What is the Land and Water Conservation Fund and what does it mean to Americans?

As I wrote here, in 2018, when it seemed as if Congress was actually going to let the Fund die:

The Land and Water Conservation Fund (LWCF) was signed into law by President Lyndon Johnson in 1965. The Senate at the time had passed the bill by an astounding 92-1 vote. LWCF was created from a small portion of the royalties produced by oil and gas production on the Outer Continental Shelf. It costs taxpayers absolutely nothing. LWCF was allocated for $900 million per year (from total royalties that vary between $5 and $7 billion annually). The idea was to take a small portion of the revenues from a non-renewable resource owned by the American people, and use that money to help build a nation where all the citizens, rich and poor, would have access to the very best of what our country offers.

Because of the relentless advocacy of American citizens from all walks of life and every political persuasion, LWCF not only did not die, it rose from obscurity to become a symbol of political success. Support for LWCF, or lack thereof, has become a reliable measure of who in Congress supports our proud traditions of a bipartisan and pragmatic approach to conserving lands, waters, public hunting and fishing, and rural economies.

The Great American Outdoors Act addresses a problem with LWCF that has plagued the fund since its inception: sly politicians from both parties—who understood that Americans were mostly too busy to notice that needed conservation or watershed protection work was not occurring—began to rob or divert money from the Fund.

The original goal of distributing $900 million to the states for conservation and recreation has been met only twice in the 52-year history of the Fund. Some $22 billion earmarked for the LWCF, money belonging to the American people, meant to be used for American communities and public lands, have been diverted to other uses. No one can say what successes those diverted funds could have created, what expensive disasters of flood, drought, or pollution could have been avoided, or what impoverished child could have learned to hunt and fish on public lands and in public waters. That money—our money—is gone.

We cannot go back and get it. But the Great American Outdoors Act can prevent this from happening again. It establishes the $900 million per year in the LWCF, makes sure it is off limits to those who would steal or divert it, and makes sure it hits the ground in your state where it will deliver the most bang for the buck.

As Steve Kline of the Theodore Roosevelt Conservation Partnership (TRCP) puts it, “That money was being paid into the LWCF trust fund for conservation all those years, and Congress spent it on other stuff. The Great American Outdoors Act puts a halt to that, by ensuring that those dollars are being used for their legislated purpose.”

What about funding for the huge backlog of maintenance in our National Parks and other public lands?

The Great American Outdoors Act includes another $1.9 billion per year for the next five years, to start to address that backlog (estimated at around $12-$18 billion). This allows for the repair and maintenance of roads, housing, toilets, trails, and walkways—infrastructure that has never been more important than in these times of record visitation of our National Parks by people from all over the world.

This $1.9 billion per year will also come from oil and gas royalties, and not from the LWCF. It will be called the National Parks and Public Lands Legacy Restoration Fund (as described here in this excellent one-page summary from Sen. Cory Gardner)

Kline says that the TRCP, which has been working on LWCF and related conservation funding issues for almost two decades, wants to make sure that some of that annual money for deferred maintenance goes to public lands outside the National Parks, as well.

“The Parks are extremely important, and they are absolutely going to get what they need to fix these problems—that includes a road or picnic area in a little national park in Alabama or Virginia as well as major work in the big parks like Yellowstone or Zion. But Congress has systematically underfunded all of our public lands to the point that this backlog on maintenance has become a monster on the backs of our public lands’ managers.”

Kline says that, while the issue of collapsing infrastructure in the iconic National Parks gets most of the press, “the problem of deferred maintenance is just as critical on Bureau of Land Management lands, or U.S. Forest Service or federal Wildlife Refuge lands, as it is in the iconic National Parks. Those are the lands that are most important to American hunters and fishermen, and we wanted to make sure we could get that work done. Deferred maintenance on public lands keeps Americans off their own landscapes. That is something we are going to fix.”

As Senator Heinrich said, “It was a fight to get that funding for the Forest Service and BLM and the refuges in there. But we did it.” The annual funding increase for the U.S. Forest Service will be around $285 million, and the Bureau of Land Management and the U.S. Fish and Wildlife Service (which manages the refuge system) will get around $95 million per year. If the Great American Outdoors Act passes the House and is signed by President Trump, we are going to get a tremendous amount of work get done over the next five years, with soaring employment opportunities on our public lands and parks.

What’s the next step for the Great American Outdoors Act?

Much has been made about the politics of the Great American Outdoors Act. Skeptics have pointed out that the two Republican champions of the bill, Sen. Cory Gardner of Colorado and Sen. Steve Daines of Montana, are locked in a re-election death-match with strong Democrat candidates in their states, and they needed to prove their conservation credentials to outdoorsmen and women voters who may be sitting on a very sharp political fence.

But skeptics can be correct and still miss the point: When politicians on both sides of the aisle are pushing the largest public lands funding legislation since the days of Teddy Roosevelt, American voices are finally being heard. Steve Kline notes, “Looking at that vote count, 73-25, I’d say that there are very few issues today that could ever produce that kind of overwhelming agreement in the Senate. It is conservation that gets that kind of vote count. Not much else.”

(Check this list to see how your Senators voted, and then contact them to thank them for a yes vote, or ask them why they voted no on such a landmark piece of legislation.)

The Great American Outdoors Act has passed the Senate. It will now go to the U.S. House of Representatives for a vote, and if it passes there, it will go to the desk of President Donald Trump for his signature. The President has said that he supports the bill, but in all the tumult we are witnessing in our nation, he could still change his mind.

It will be up to the American people—especially American hunters and fishermen—to keep calling their representatives and voicing their whole hearted support for this landmark piece of conservation legislation. It is not over, as Senator Heinrich noted, until the President signs it.