How to Cook Waterfowl Albondigas

If you don’t know this Mexican dish, just think of it as cheese-stuffed meatballs 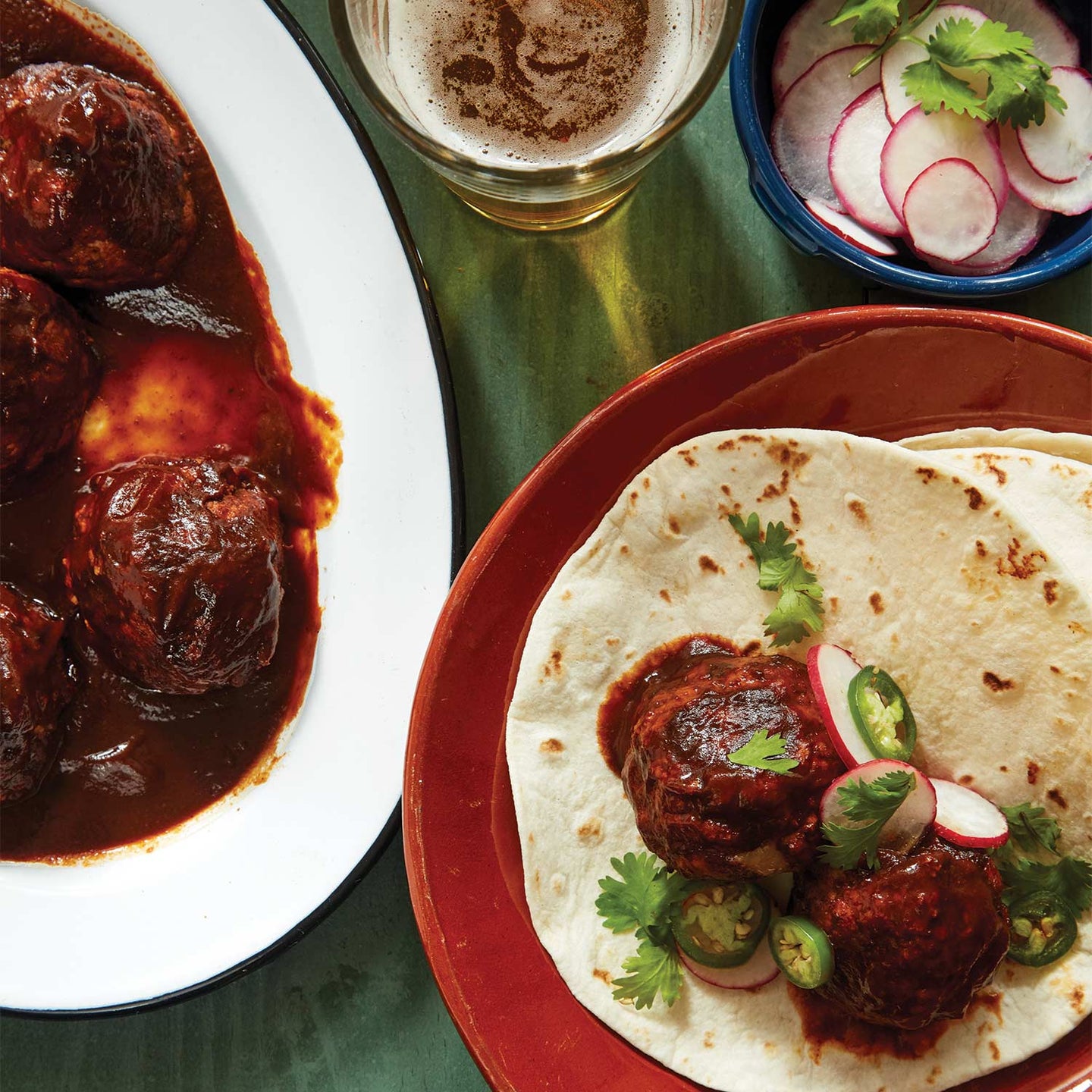 When you think of meatballs, your mind probably books a ticket to Italy or maybe Sweden. But as chef and outdoorsman Ford Fry reminds us in his cookbook, Tex Mex: Traditions, Innovations, and Comfort Foods from Both Sides of the Border, Mexico has a glorious meatball tradition all its own, called albondigas.

We’ve taken Fry’s ­borderland ­version—​which is cheese-stuffed, ­tortilla-​laced meatballs roasted in a crimson ­ancho chile sauce—and made it a ­little wilder with the ­addition of some ground goose breast. But for a similar flavor boost, you can swap in duck, venison, or wild boar.

To round out this filling meal, consider sipping a glass of tequila. Volans, a new premium tequila from a family of Idaho flyfishing guides, is worth seeking out.