How to Slam Postspawn Bass with a Buzzbait 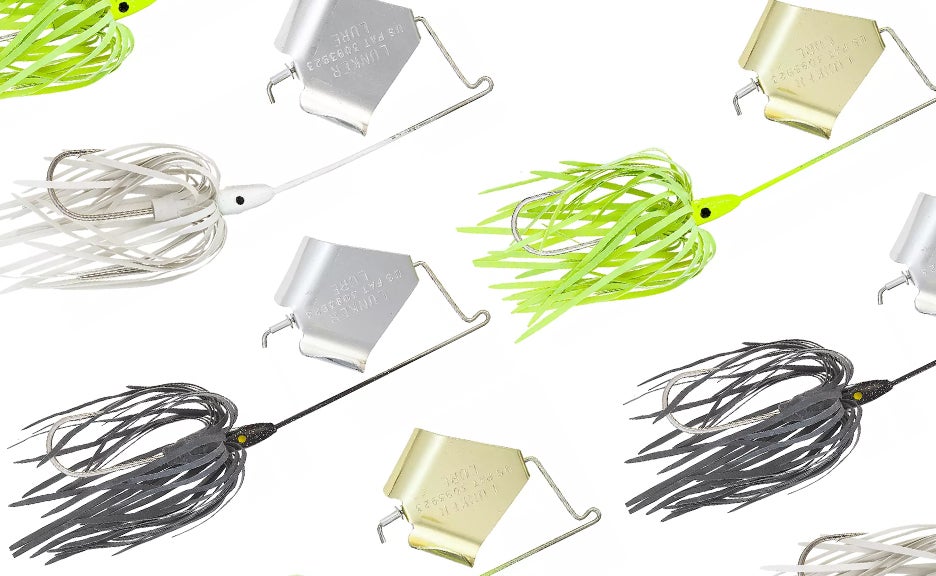 A ½-ounce buzzbait in black, white, or chartreuse is a great choice during the prespawn. Bass Pro Shops
SHARE

When bass begin to vacate their spawning beds, Texas pro Gary Klein and Ohio pro Frank Scalish rely on buzzbaits to put them on largemouths. “When I’m catching nothing but small postspawners on a tube or spinnerbait, I’ll often tie on a buzzbait and wham, I immediately hook up with a hawg,” Klein says. “I can’t imagine a more exciting bait to fish.”

What makes buzzbaits so effective now, according to Klein, is that the noisy lures can goad even finicky bass into violent reaction strikes. “Old-timers used to tie a buzzbait to 3 feet of line on a cane pole and move it in a figure eight over sunken logs, a method known as jigger poling,” he says. “Apparently, bass would find it so annoying, they’d eventually come up and plaster the lure, just to shut it up.”

Anglers commonly view buzzbaits strictly as dawn-and-dusk lures, but Scalish knows better. “These noisy baits catch bass all day, even in bright sunlight. A big flat with isolated pieces of cover and baitfish flipping on the surface is a great midday buzzing spot,” he says. “So are boat docks, which provide shade. Just run the bait tight to the cover and hang on.”

The Best Buzzbaits for Postspawn Largemouths

Both Klein and Scalish favor black, white, and chartreuse buzzbaits. Under most situations, they’ll choose a 1/2-ounce model with a large blade. Scalish, however, typically downsizes to 1/4 ounce at midday or whenever the surface bite is slow. “I’ve won a lot of money with small buzzbaits,” he says. “They’re great in highly pressured waters.”

Buzzbaits often come packaged with a trailer hook, which is easily attached to the bend of the bait’s main hook. Klein shuns these, saying, “They’re like little hands that reach out and grab every limb in their path.” Scalish, in contrast, won’t fish a buzzbait without one. “You’ll double your strike-to-hookup ratio,” he says.

Either way, the right tackle is essential. Both pros use a 7-foot, medium- to medium-heavy baitcasting rod and a high-speed (6:1) reel spooled with 17- to 20-pound abrasion-resistant mono. “Never fish a buzzbait on a pool-cue rod,” Klein says. “Without some give, you’ll pull the lure away from the fish.”

How to Fish Buzzbaits for Bass

Klein positions his boat so that he can cast parallel to grassy shorelines or weedbeds. “Feeding bass tend to hold in the weeds and dart into open water to capture their prey. Casting parallel keeps the lure in high-percentage water.”

“When a bass does strike,” Scalish notes, “wait for the fish to pull tight before setting the hook.” Still, you can expect to miss fish with a buzzbait because bass often roll or flash on these lures without hooking up. Both pros prepare for this by keeping handy a second rod rigged with a weightless plastic worm or soft jerkbait. When a bass misses their buzzbait, they’ll quickly cast the backup lure into the boil, where it often gets eaten immediately.

After the spawn, Alabama tournament pro Randy Howell takes advantage of a perennial link in the food chain that occurs on many reservoirs nationwide. As water temperatures warm to around 70 degrees, bluegills move to flooded bushes on flats to gorge on newly hatched mayflies, which cling to the bushes by the thousands. In turn, bass that are leaving their spawning beds hit the brushy cover to feed on the bluegills before heading out to deeper water.

Howell heightens the activity by whacking the bushes with a boat paddle. “This sends a cloud of mayflies into the air, which is just like ringing a dinner bell to the bluegills-and therefore the bass,” he explains. “I’ll move down a row of flooded bushes, smacking each one of them with the paddle. Then I turn around and fish the cover with a shallow-running firetiger crankbait or a chartreuse spinnerbait, either of which looks like a bluegill to the bass. I’ve caught scores of fish using this trick.”