It’s Creed versus Swede. One is a modern marvel and the other has been around forever 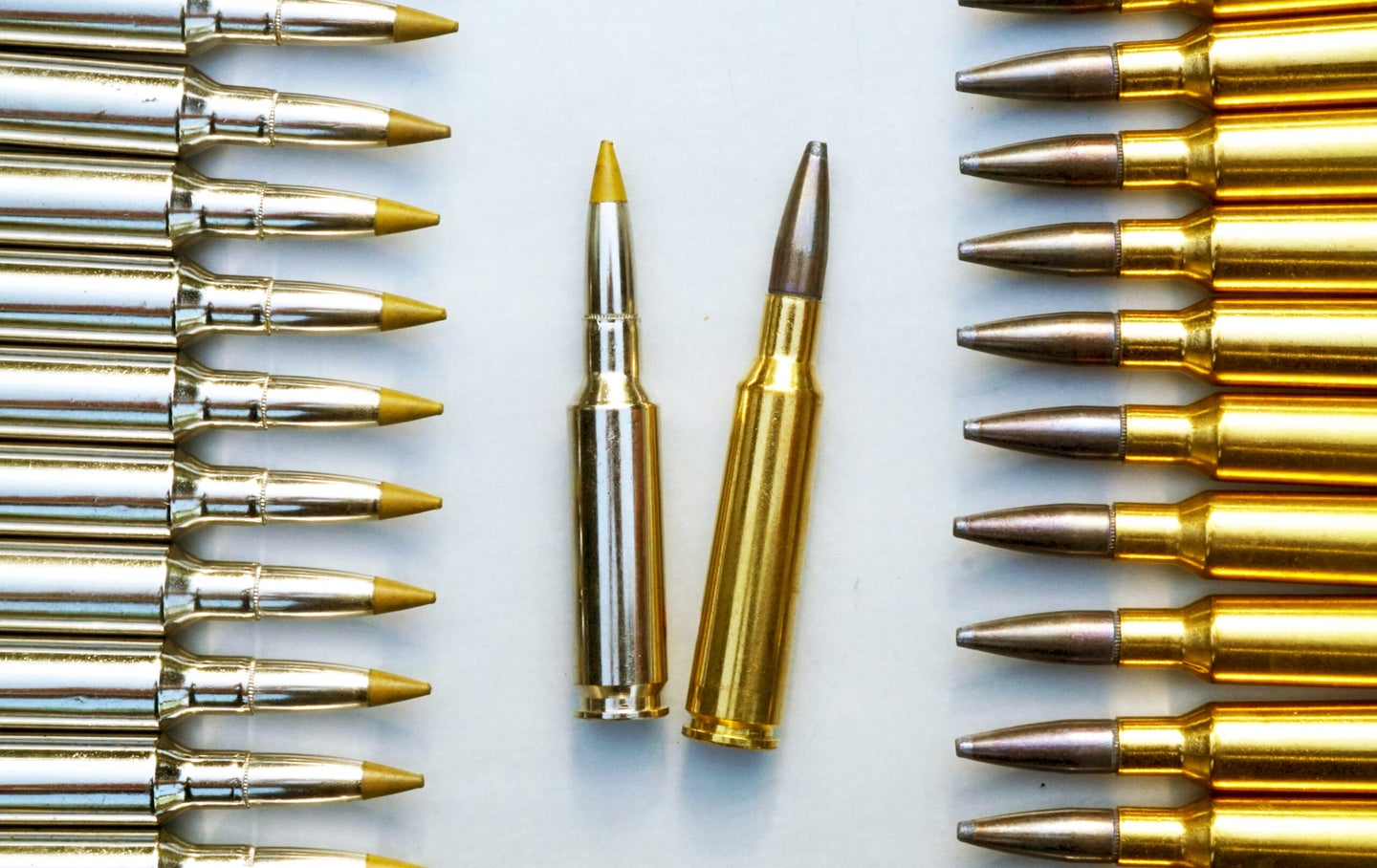 This Battle of the 6.5s could also be called the Battle of the Peas in the Pods—two eminently sensible, highly versatile 6.5mm rounds that were designed for purposes other than hunting, but excel at it. The Creedmoor, hereinafter known as the 6.5CM, has had more written about it than the Coronavirus, while the Swede, hereinafter known as the 6.5 Swede, is still relatively obscure in the United States, despite the fact that it’s been around well over a century and has been highly popular in Europe for all of that time. Therefore, I will give the Swede more attention than the 6.5CM. As the great jazz guitarist Wes Montgomery said, “You know the melody and I know the melody, so why should I turn ’round and play the melody?”

This round was designed in 1891 by a Swedish/Norwegian commission for use by the two countries’ armies, and was one of a number of 6.5mm military cartridges that were adopted by other nations at the time. What the joint commission knew, two centuries ago, was that a 6.5 (.264) diameter bullet, even if lacking weight, can be made with a very high ballistic coefficient, and propelled at reasonable speed with very little recoil, and that the lighter the kick, the better the soldiers will shoot. (The U.S. Army got around to acknowledging this in 1965 when it adopted the 5.56mm.)

The cartridge case is quite modern; it has comparatively little taper and a relatively sharp shoulder. It was designed to feed rapidly through bolt-action rifles and machine guns. The original loading was a blunt-nosed 156-grain bullet driven at 2,379 fps. After 1941, this was changed to a 140-grain spitzer at 2,650 fps. Neither loading got much of a workout in combat. The Norwegians took on the German army and lasted two months. The Swedes remained neutral. (I was told when I was in Sweden that, in 1941, their army had 20 rounds of ammo for each soldier.)

I was introduced to the 6.5 Swede when I hunted moose in Sweden. I brought a .338. The locals used 6.5x55s and 7x57s, and what they shot fell right down. They were too polite to ask why I was hunting with an artillery piece.

In 2005, when I was looking for a cartridge that would not kick much and would not tear West Virginia whitetails completely in half but still carry enough bullet weight for bigger animals, I turned to the 6.5×55. Melvin Forbes built me a New Ultra Light Arms rifle in that caliber, and I’ve never looked back.

Despite its many sterling qualities, the 6.5 Swede ran into 6.5 Phobia, an American mental aberration that has, until the Creedmoor, kept us from accepting anything of that caliber. Now, due to the thundering success of the 6.5CM, and the more modest success of the .260 Remington, the Swede seems to have gotten a toehold.

All sorts of manufacturers now turn out 6.5 Swede fodder, and there are two loads in particular that I’d like to commend: First is the Swift 130-grain Scirocco (2,700 fps) because it exactly duplicates the handload I came up with 15 years ago as the best all-around. The second is by Norma, a 156-grain Oryx bullet at 2,500 fps, which is just the ticket for an oryx or any other large beast. The bullet is a very strong semi-spitzer that drops like a stone past 200 yards, but inside that distance will handle nearly anything.

There is very little on God’s green earth about the Creedmoor (not Creedmore) that has not been written over the past few years, so I shall draw the curtain quickly and get on with the comparisons. Here, however, are some points to consider:

I can’t recall a single cartridge that caught on so big so long after it was introduced. Target shooters took to the CM almost immediately, but it was at least five or six years until hunters got on board. Then came the frenzy, whose equal I can’t recall.

In the course of human events, very few cartridges have been thought out so well. The designers at Hornady seem to have taken everything into account. No one seems to jack around with the original case, which is nearly unheard of. There is now a 6mm Creedmoor, because we have to tinker, but that is no reflection on the original.

The 6.5CM is a cartridge designed to produce modest velocities. With the 140-grain bullet, which is without question the best choice for long-range shooting, it will give you 2,700 fps. There’s no sense going through all sorts of convolutions to get more unless you are brain-damaged. If you want more speed, you will be much happier with a 6.5/284.

The 6.5CM was designed for competition shooting, and for that you need .500 five-shot groups all day long. The Creedmoor will come through and, in a really good rifle, do it with plenty to spare. It is, right now, probably the most accurate factory round available.

The 6.5 Swede, however, is no slouch. With first-rate components, a good rifle will easily go under an inch. With 140-grain Hornady SSTs in my NULA, I get three-shot groups that go .586, and everything else prints down in the .700s.

Winner: The 6.5CM in a walk. In terms of hunting accuracy, either cartridge will shoot smaller groups than you can use.

The 6.5CM is one of the most loaded-for cartridges that I can think of, with ammo ranging from bargain stuff to very costly. Midway USA lists 82 loadings by all sorts of manufacturers for the 6.5CM, while there are 17 for the 6.5 Swede.

However, the Swede has been around for over a century and has percolated around the globe. I’m willing to bet that there are plenty of places where it’s a lot easier to pick up 6.5×55 ammo than it is to find 6.5 Creedmoor.

Most Swede ammo is pretty pricy, because it’s made for people of taste and discernment, and you don’t find the cheap stuff that’s turned out for the 6.5CM.

I’ve never killed anything with a Creedmoor; I’ve slain a great many critters with the Swede. However, the two rounds shoot virtually the same bullets at nearly identical velocities, so there can’t be any difference.

This is always guesswork, and probably the best estimate is 2,000 to 3,000 rounds of first-class accuracy for both cartridges. However, there are all sorts of variables, and one of them is the fact that some Swede ammunition is loaded to much lower pressures than the 6.5CM because of all the elderly 6.5×55 rifles still in use. If you’re going to use this low-pressure ammo, you may get a big boost in barrel life, albeit with much lower velocities.

Winner: A tie, but with a possible edge to the Swede.

Both cartridges are un-finicky. Neither hides any dark secrets. However, the edge must go to the 6.5CM because of the absolutely astonishing variety of components that are made for it. Also, the CM was designed so that long, long bullets can be seated way, way out so as not to interfere with powder capacity, and still function through a short action.

The CM was created in 2007 specifically for competition at great distances, while the Swede goes back well over a century and was intended for military rifles. However, if I wanted to build a long-range rifle for the Swede, I think I could come very close to what I would get with a Creedmoor. Same bullets, same velocities, why not?

Read Next: Is the 6.5 Creedmoor The New King of Cartridges?