The 10 Best Do-It-All Guns for Hunting, Survival, and Personal-Defense

No matter the job, these versatile firearms will get it done 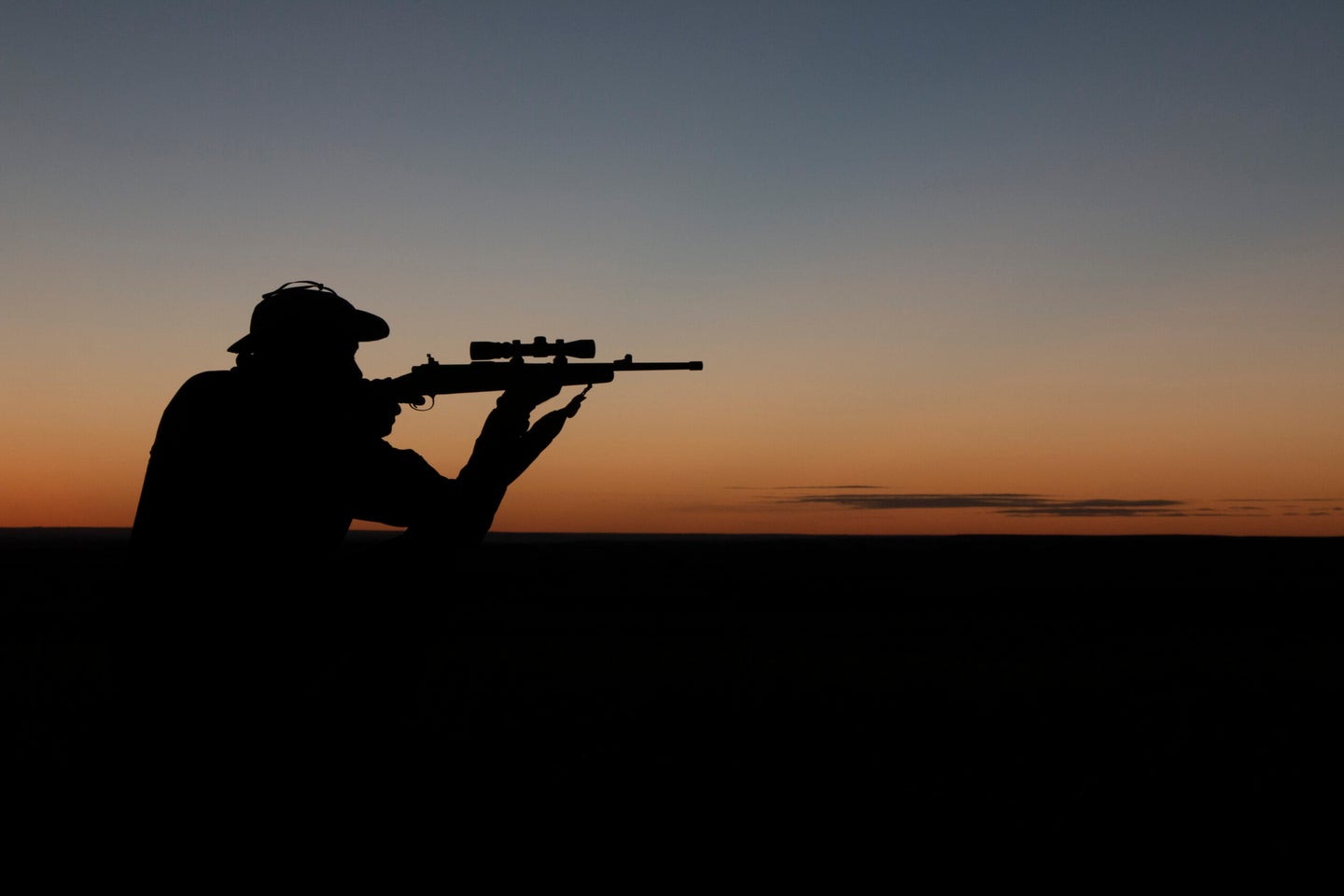 The author takes aim with a custom-built Scout Rifle on his home range. Richard Mann
SHARE

None of us want a life with only one gun. But the idea of having one gun that you can turn to—no matter the need—has been and remains appealing. It was that exact proposition that inspired Gunsite Academy founder Jeff Cooper’s concept of a general-purpose rifle known as the Scout Rifle. There can be lots of answers to the question of what the single best hunting, survival, and self-defense firearm might be. To some extent, the answer depends on your specific needs, geographic location, and what exactly you might be trying to survive, hunt, or protect yourself from. Here are 10 options priced from less than $500 and up to $2,000. At least one of them should answer that question for you no matter your circumstance.

The shotgun is the most versatile firearm; with the right ammunition it can handle almost anything. With the trusted Mossberg 500 you can not only swap munitions at will, you can change barrels too. For small game and birds, the Field/Security model comes with a 28-inch barrel that accepts interchangeable chokes. There’s also a pistol grip and an 18.5-inch cylinder bore barrel for buckshot and slugs. This gun’s weakness, however, is reach, but for an additional $214 you can get a fully rifled slug barrel with a cantilever scope mount. No, it won’t take you to 300 yards, but attach a scope and you’re lethal well past 100. $477.00; Mossberg.com

Another versatile and storied shotgun that can be used for hunting, survival, and self-defense is the Remington 870. The Express Synthetic Field & Home version retails for $578, has a rugged synthetic stock, and comes with a 26-inch Remchoke compatible barrel and an 18.5-inch cylinder bore barrel that can sling slugs and buck. With those barrels, you’re good for everything from grouse to grizzly. If more reach is desired, a rifled slug barrel can be purchased for an additional $220. Remington.com

There’s no shortage of AR15s chambered for the .223 Remington/5.56 NATO to choose from. But if you’re operating in the northwest, it might not be enough gun for the largest game or for fighting it out with a Kodiak bruin. However, across most of America it’ll do just about anything you need to do, which is why so many of them have sold and why it’s known as America’s Rifle. The Sig Sauer M400 Tread is rock-solid reliable, comes with a threaded muzzle, and has a full family of Tread accessories available for it. It also has ambidextrous controls. $949; sigsauer.com

Overlooked, unappreciated, and misunderstood, there’s a trio of lever-guns that are damn near do-it-all capable. The .30-30 lever-action is the most prolific, and Americans have relied on a .30-30 carbine for more than a century. It’s capable for all the big game in North America, handy in a fight, and in a survival situation you should be able to find ammunition in a lot of places. Marlin’s new 336 Dark might be the ultimate do-anything rendition of this American classic. It’s equipped with an XS Lever Rail with an integral ghost ring sight, and you have the option of mounting a traditional scope, a scout scope, or a red dot. And get this: The muzzle is threaded so not only can you go dark, you can go quite as well. $949; marlinfirearms.com

The needs of a hunter, or one attempting to survive or protect themselves, will vary greatly depending on location and circumstance. For many, however, a quick-handling lever gun chambered for the 38 Special/.357 Magnum can be versatile. It also potentially allows your rifle and handgun to share ammunition, which could be critical in a survival situation. Marlin’s 1894 CST features an 8-shot magazine, 16.5-inch barrel with a threaded muzzle, big-loop lever, and XS ghost ring sights. The stainless steel and painted hardwood stock make it well suited to harsh conditions, and it would be a great one-gun choice for those who live in the eastern mountains or southern United States. $1,223; marlinfirearms.com

What few realize about the .45-70 Government cartridge is that factory loads are essentially offered in three power levels. On the light end, you have the deer and anti-personnel capable munitions. In the middle, are loads suitable for elk and moose. And on the top end, are loads suitable for anything walking. Combine this versatility with a compact lever gun with ghost-ring sights that will also accept a scout scope, traditional scope, and even a reflex sight, and you have a combination that can handle just about any task. By no means is this a long-range rifle, but if you are trying to hunt, survive, or defend your life in Alaska or Africa, this is the gun. $1,239; marlinfirearms.com

Jeff Cooper felt the Steyr Scout Rifle epitomized his idea of the general-purpose rifle. It’s reasonably light, less than a meter long, comes with an integral fold-away bipod, adjustable length of pull, and allows for the storage of an extra magazine in the butt stock. It also features a full-length top-rail that’s compatible with a wide range of optics, and it has integral, back-up/flip-up open sights. Cooper felt if you could not do it with a Steyr Scout Rifle, it probably didn’t need doing. Short of fighting it out with a mechanized infantry platoon, Cooper was probably right; unless volume fire is needed, this rifle is ideally configured for hunting, fighting, and survival. $1,699; steyr-arms.com

A civilian version of the M14, which many thought would become the ultimate infantry weapon, the M1A is offered in a several configurations. For multi-purpose use, the 18-inch barreled Scout Squad version is probably the best choice, but there’s a SOCOM model with an even shorter 16-inch tube. With great iron sights, the ability to mount a scout scope, and high capacity magazines available, globally, there’s few things this rifle cannot accomplish. Loaded with armor piercing ammo, it might not immediately stop a charging buffalo, badass black bear, or a Ford truck, but you can bet all three would be leaking out of a lot of holes by the time they got to you. $1,850; springfield-armory.com

For some, the AK-47 ranks as the greatest battle rifle ever conceived. Others look at AKs like they’re relics of a bygone era that should be junked. For most of the military surplus versions, the latter consensus is closer to the truth. However, in the world of the modern AK, like where the IWI Galil Ace lives, not only can it serve as a functional battle rifle, when paired with the right 7.62x39mm ammunition it can serve a hunter too. This rifle features a left-side charging handle, full-length Picatinny top rail, side-folding adjustable stock, and fully adjustable Tritium iron sights. Of course, all of this goodness does not come cheap. $1,899; iwi.us

The AR-15 is chambered for a variety of cartridges and built by countless manufactures. But if you want the best-built version of America’s Rifle, and one that’s suitable for coast to coast hunting, survival, and self-defense, your options narrow quickly. Wilson Combat has the answer with the 30 HAM’R cartridge and their Protector Series Carbine. This rifle weighs only 6.5 pounds, has the power of the 30-30 Winchester, and is available with high capacity magazines. With more than 15 factory loads to choose from, ranging in capabilities for everything from marmots to moose, what else could you want. And, since the 300 HAM’R was recently recognized by SAAMI, expect more factory loads to be on the way soon. Customizing options are available. $2,000; wilsoncombat.com