The 10 Best Shotguns for Grouse Hunting 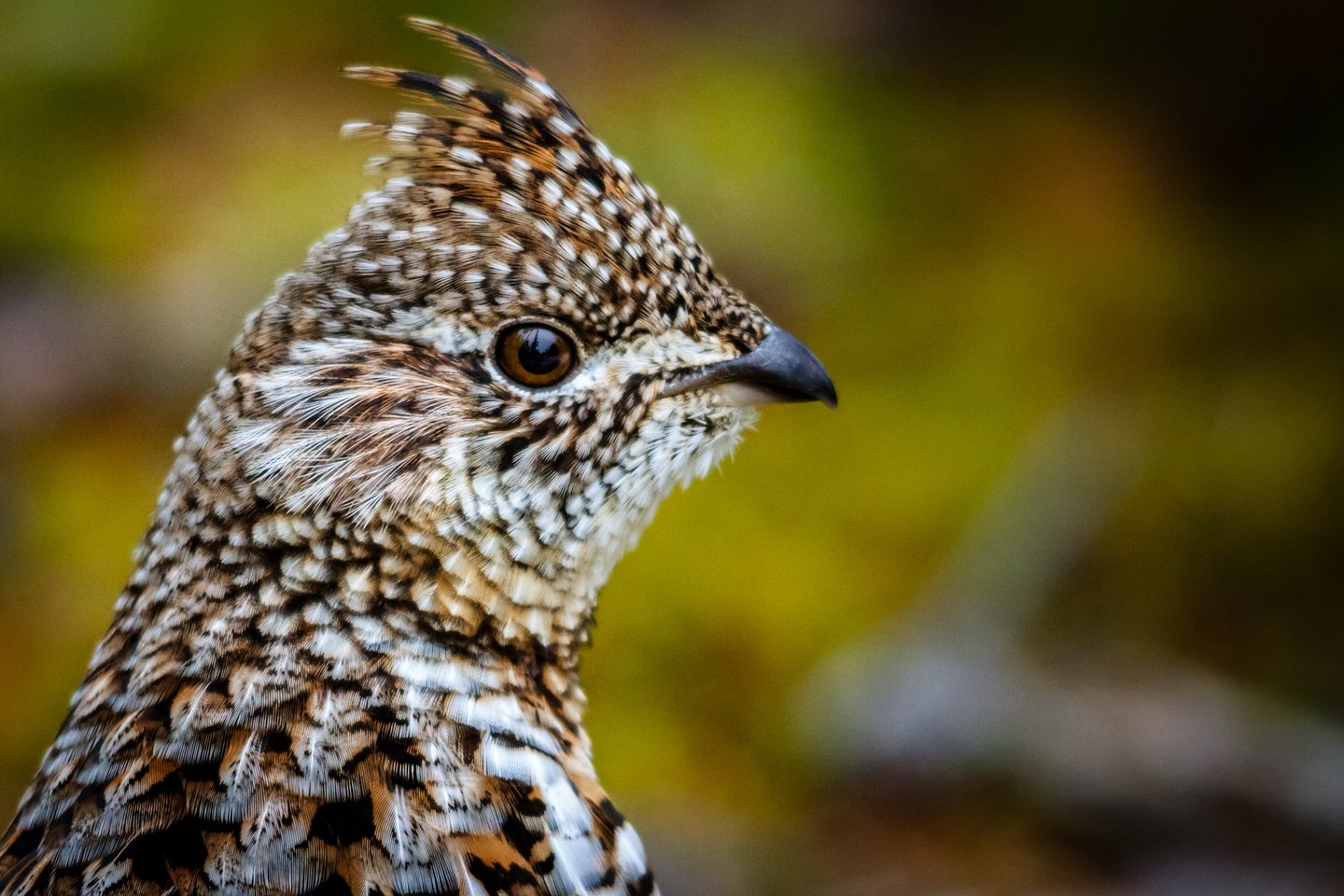 Ruffed grouse live in dense cover. It's important to pick a shotgun that is lightweight and maneuverable. LisaTaylorPhoto from Pixabay
SHARE

Grouse and the cover they live in shape grouse guns. Heavy brush demands a light, compact gun that can be carried in one hand while the other fends off branches. Limited visibility dictates open chokes. (Why should a gun shoot forty yards when you can’t even see that far?) And while grouse themselves can be hard to hit, they are easy to kill, so small-bores predominate.

Grouse guns, though, are more than tools of the hunt. They are totems as well. More than almost any uplanders, grouse hunters immerse themselves in the trappings and traditions of the hunt, which explains why many older designs make this list of 10 great grouse guns—although there are several new classics here as well.

The original Belgian-made Auto 5 Sweet 16 was the darling of semiauto fans, yet the new A5 model may be a better grouse gun. All it shares with its namesake is the humpback receiver and its Browning pedigree. It’s much lighter than the original, weighing under 6 pounds thanks to an alloy receiver. The A5′s reliable inertia action eliminates the pogo-stick recoil of the long-action Auto 5 as well.

Like the Sweet 16 before it, the A5 version combines 20-gauge handling with near 12-gauge ballistics, making it a potent bird-getter and a modern grouse hunting classic.

In a dozen short years, the inertia operated BUL has achieved cult-gun status among grouse hunters. First introduced in 12 gauge, the UltraLight weighs just 6 pounds, saving weight with a 24-inch barrel, a carbon-fiber rib, and a shortened magazine tube. The result is a 12-gauge that carries effortlessly in the woods, pops quickly to shoulder, and is surprisingly comfortable to shoot for a light 12. The line now comprises a 20 and a 28 as well.

The Model 37 was made in grouse country in western New York. Rather than draw up a pump gun design from scratch, Ithaca waited for the patent on the John Browning/John Pedersen-designed Remington Model 17 to expire. The result was this classic American pump-action grouse gun. The 37 was lightweight, smooth, and featured bottom ejection that made it a favorite of left-handers.

Ithaca fell on rocky financial times in the 1980s but was eventually reinvigorated and moved to Sandusky, Ohio, where the guns are made today. In addition to the 12- and 20-gauge, the new Ithaca Gun Company offers a scaled-down 28-gauge that is tailor-made for grouse hunting.

The SKB 100 was a gun ahead of its time. An excellent single-trigger double gun, it made a great carrying gun in the woods. In 20 gauge with a 26-inch barrel, it weighs about 5¾ pounds with a very muzzle-light feel that makes it easy to carry one-handed by its pistol grip. You have to feed it carefully because it is a brutal kicker for such a cute little gun. But when given a diet of light loads, it is manageable to shoot and deadly on grouse. The 100 was the bottom-of-the-line field grade. You could step up to a 200 or 280 to get ejectors in place of the 100′s extractors, more engraving, and a straight grip.

On a recent trip to Wisconsin’s grouse woods, I was struck by the number of 20-gauge Beretta 680s in the hands of local grouse hunters. It was almost as if they had been issued along with a hunting license. There’s a good reason for that. Berettas are low-profile, slim, strong, and light—all qualities you look for in a grouse gun.

One of the many iterations of the 680 series is the currently-made 686 Onyx Pro, with an oil-finished stock that will wear woods-scars gracefully and a no-nonsense plain-blued receiver. It comes in 12, 20, and 28 gauge.

Turkey is the new Spain. For years grouse hunters in search of an affordable double shot Ugartacheas (“Uggies”) made in Spain. Ugartachea closed in 2019, and while there are still plenty of used ones around, if you want a new double gun at a good price point, look at a Turkish Dickinson. The guns have been around the U.S. for a while, imported by S&W and others, and they are a good buy in a traditional two-trigger double. The Plantation grade has full side plates, is beautifully case-colored, and is stocked in nice Turkish walnut. Despite its traditional looks it has choke tubes and is rated for steel shot. It comes in 20, 28, and .410.

Known as “Old Reliable,” the Parker is the most famous of American doubles. They have looks and cachet and are instantly recognizable by the slotted screw over the hinge pin in the receiver. Parkers came in a variety of grades, gauges, and, most importantly, frame sizes—so you could order one properly scaled and weighted for the grouse woods. They were made from 1866 to 1942, and the company was owned by Remington at the end.

If there’s a quintessential grouse gun, it might be the VH Parker 20 gauge that belonged to Burton Spiller, “The Poet Laureate of Grouse” which he passed on to Field & Stream writer (and son of “Tap’s Tips” writer) Bill Tapply. It combines all the features a grouse gun requires and adds a healthy dose of literary pedigree.

The Spanish have never been innovators, just excellent copiers and craftsmen. The 4/53 was inspired by the Westley Richards double, whose boxlock Anson and Deeley action dates to 1875. Aguirre y Arranzabal (AyA) has been making the gun since 1960. It is a simple, durable gun built on a long-proven design. It’s everything a grouse gun should be, but nothing more: It has two triggers, a straight grip, splinter forend, and minimal engraving on a case-colored receiver.

“Made in Japan” meant cheap and shoddy, until guns like the 101 came along in the mid-60s. The 101 was a lighter gun than its main competition, the Browning Citori, making it better suited to the grouse woods. The collaboration between Winchester and Japanese maker Kodensha lasted until the factory was torn down in the 1980s.

That collaboration had its bumps. The Kodensha factory also produced Nikko shotguns that were essentially the same gun as the 101. Because there were few Winchester employees watching over the plant, the Japanese allegedly high-graded the best 101 wood to use on Nikkos, so Nikkos are also a gun to watch out for.

The Ruger Red Label is a love-it-or-hate-it gun. It has a strong cult following and an equally fervent cult of haters. As a serial Red Label owner (I’m on my fourth), I fall in both camps. Red Label fans like the gun’s low profile, mechanical triggers, sleek lines, durable action, and the fact that it was made in New Hampshire. Haters dislike the way it flops open (it’s supposed to), its excessive weight, and the shoddy wood-to-metal fit.

The 28-gauge Red Label, built on a true 28-gauge frame, was by far the lightest, liveliest, most shootable Red Label of all, and a great gun for the grouse woods. I had one and foolishly sold it. It was a deadly wand while I owned it.