5 of the Best Concealed Carry Gun Options for Under $500 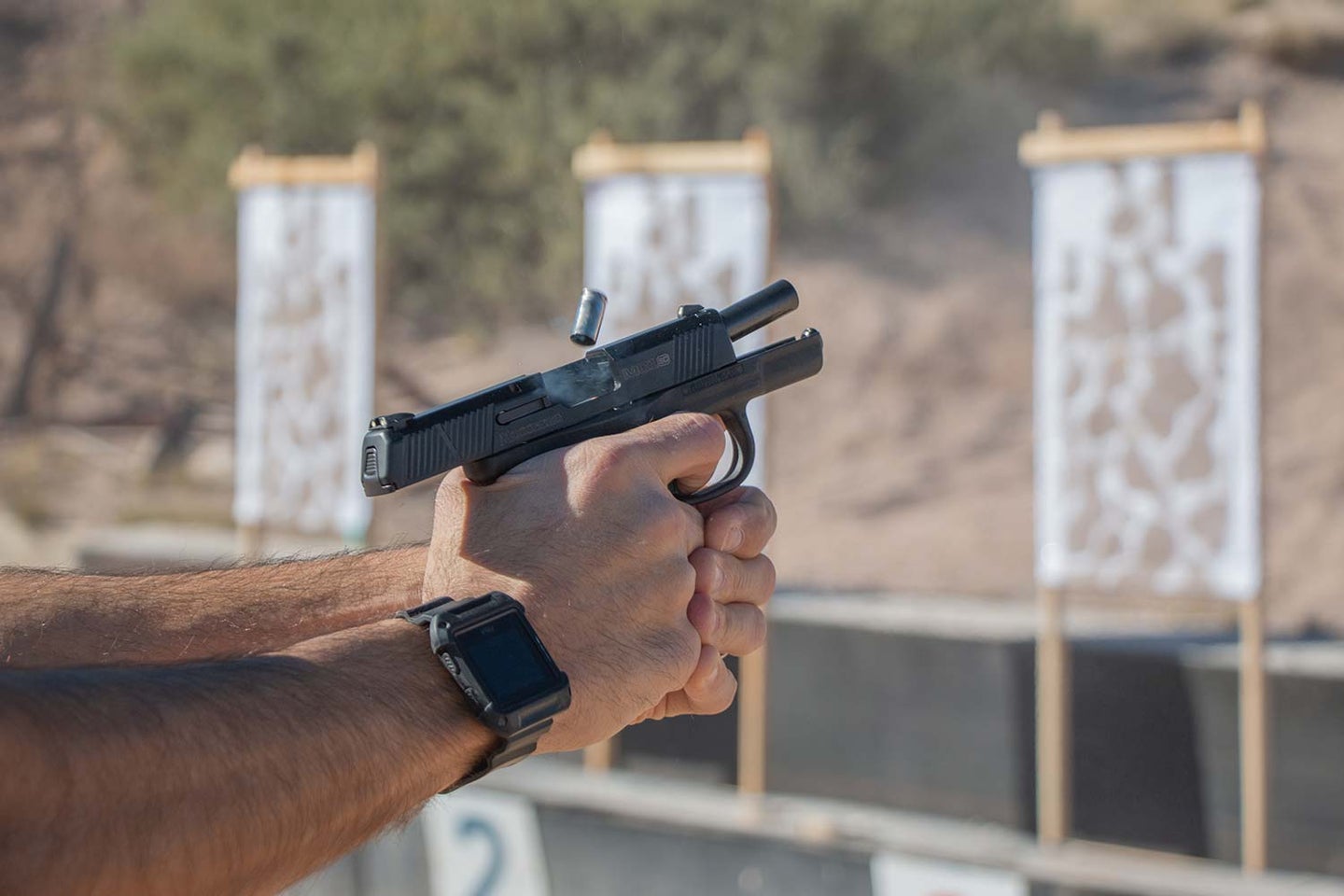 On the range, with the Mossberg MC1, which has been upgraded this year to be even better. Richard Mann
SHARE

There’s no shortage of affordable handguns on the market. But there’s a lot to consider when looking for the most reliable and best concealed carry gun that you might need to rely on for self-defense. You don’t want a handgun you can’t trust to go bang every time you pull the trigger, or one that will wear out after only a few trips to the range. And while smaller guns chambered for rounds like the .380 ACP are popular for concealed carry, serious defensive handguns start with a +P capable .38 Special revolver or a 9mm semi-automatic. Here’s a look at five cheap handguns that you can trust, and they all cost right around $500 or less—quite a bit less in some cases. None will win a beauty contest or ever be listed on the list of best handguns ever made, but all five are dependable and fully capable of saving your life.

The Springfield Armory XD3 Sub-Compact has a lot of features for the money.

Springfield’s Defend Your Legacy Series XD 3 Sub Compact had an original suggested retail price of less that $350. Like everything else lately, the price has gone up some, but it’s still a great bargain—and don’t make the mistake of thinking its low price is a representation of its quality. Three-dot sights, an accessory rail, a hammer-forged barrel, and a dual-spring full-length guide rod, are standard features. So is the 13-round magazine, which gives this pistol the highest capacity of any on this list. A 16-round extended magazine is also an option. Aggressive texturing on the front and rear of the grip helps you hold onto this 26-ounce pistol, and the slide and the three-inch barrel both have a protective Melonite finish. If you prefer a larger pistol, a version with a 4-inch barrel and standard 16-round magazine retails for the same price. Check availability here.

Ruger’s 21.9-ounce Security-9 Compact has deep grasping grooves at the front and rear of the through-hardened blued-steel alloy slide to aid with manipulation. The high-performance glass-filled nylon frame helps keep weight down and houses a 10-round magazine. The concealed carry pistol has the same Secure Action used in Ruger’s LCP II, and with its internal hammer, racking the slide is much easier than many striker-fired pistols of the same size. The trigger is also very smooth with a very positive reset. The pistol has a trigger safety and a manual thumb safety, and it’s also very easy to field-strip without tools or the need to pull the trigger. Given its sub-$400 price tag, you might think this is a cheap handgun. The Security-9 Compact is inexpensive, but in truth—thanks to Ruger’s excellent engineers—this a lot of gun for the money. Check availability here.

Read Next: The Beginner’s Guide to Concealed Carry

With its ambidextrous controls and lightweight frame, the M&P is ideal for those who prefer a wheel gun.

A good snub-nose revolver has always been a solid choice for self-defense. There are lots of used wheel-guns out there. But the problem is finding a new and dependable one for less than $500. No company has a better reputation for building revolvers than Smith & Wesson, and as sub-nose revolvers go, their M&P Bodyguard 38 is the best, cheap revolver you can buy for less than a half-grand. A combination of stainless steel, aluminum alloy, and polymer allows this 5-shot snubby to tip the scales at only 14.2-ounces, and it’s one of the few revolvers with an ambidextrous cylinder release.

Another significant upside of the M&P Bodyguard 38 is its ability to handle +P ammunition—standard pressure .38 Special ammo is rather anemic. There is also a version retailing for an additional $137 with an integrated Crimson Trace laser, and in reality, across the counter prices for this upgraded version are still less than five bills. Check availability here.

Mossberg isn’t only a shotgun and rifle company. Their MC2sc is an upgrade to their affordable and easy-shooting MC1sc.

Though their MC1sc 9mm handgun was a great success, Mossberg realized that to truly compete in the compact 9mm self-defense handgun space, the pistol needed to have a higher capacity and be optics-compatible. In late 2021 Mossberg introduced the MC2sc. With its double-stack magazine, it offers double the capacity of the MC1sc. The pistol’s slide is also machined to accept any mini reflex sight with the standard J-footprint. This includes the Shield RMSc and Crimson Trace CT RAD PRO. If you don’t want optics on your pistol, that’s fine, as it comes with a steel plate that fills this mounting slot. Several versions of the MC2sc are offered, including one with TruGlo Tritium Pro Night Sights and one with a crossbolt safety. Unloaded, the MC2sc weighs only 19.5 ounces. Suggested retail is $556 to $662, but you should be able to find it for just under $500.

The M&P 9 Shield EZ has a manual thumb safety and one on the grip along with a loaded chamber indicator.

Compact semi-automatic handguns often have slides that are difficult to rack because of high recoil spring tension and low slide mass. This can leave shooters with limited grip strength to struggle with operation. Smith & Wesson addressed this on the M&P 9 Shield EZ by engineering a slight sledge at the rear of the slide. This pistol also features a grip safety and is available with a manual thumb safety, making it one of the safest compact semi-automatic handguns on the market. With its textured 18-degree grip that seems to fit any hand size comfortably and additional features like an accessory rail and loaded chamber indicator, the M&P 9 Shield EZ should be included on any list of reliable defensive handguns, no matter the price point. Check availability here.