The Complete Guide to Cooking and Eating Venison Offal

How to cook the kidneys, heart, liver, tongue, and testicles from big-game animals 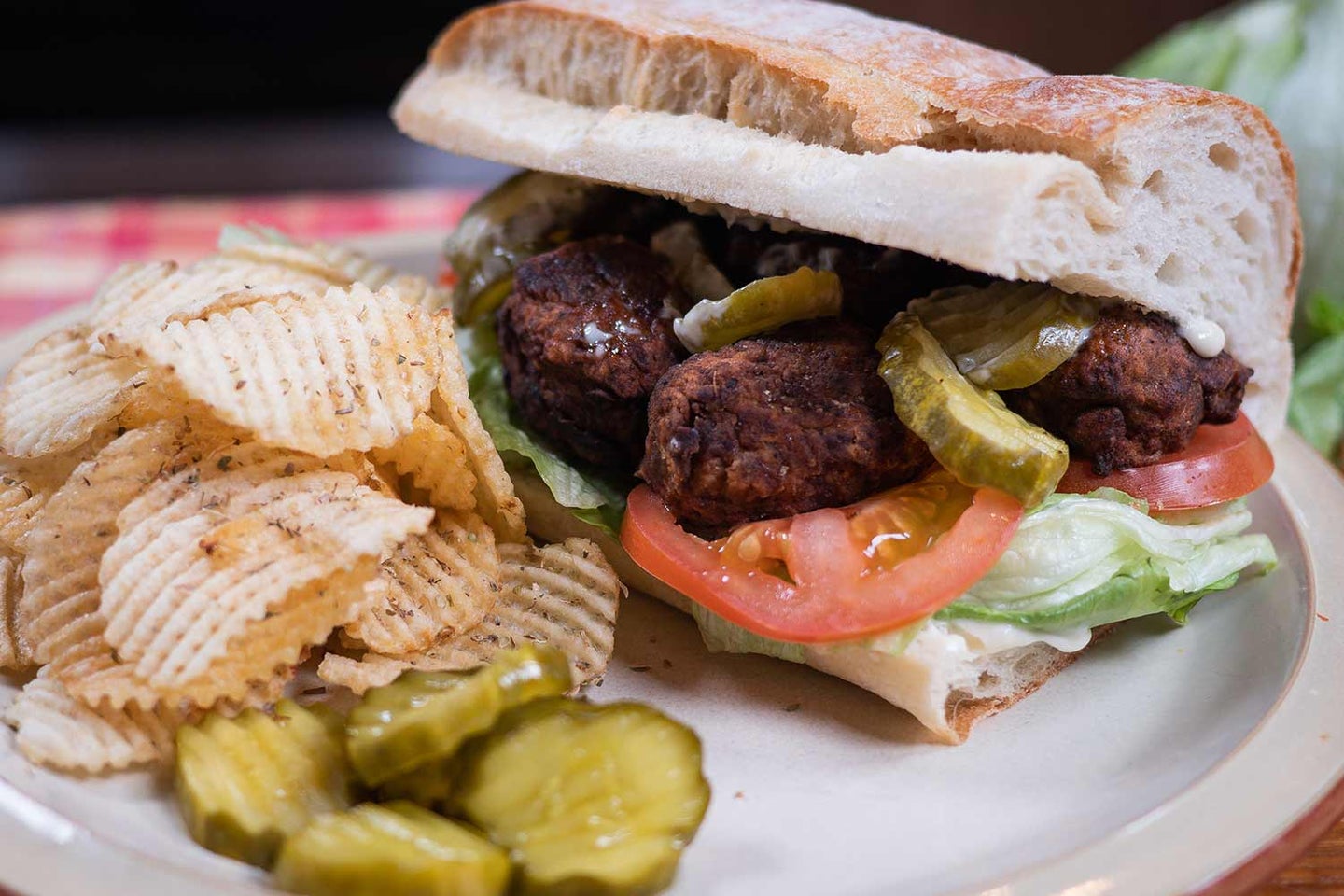 Have a ball. No, really, have a ball. They're delicious. Michael R. Shea
SHARE

While butchering two whitetail deer with my buddy Cosmo Genova, I mentioned that I wished I liked the taste of organ meats and offal. Liver, heart, tongue, and even kidneys and testicles are nutrient-dense superfoods. After all, there’s a reason wolves and big cats eat the guts first. He responded with a bet, wagering me a backstrap that he could take the parts that many hunters leave in gut piles and make them into delicious meals with easy-to-duplicate recipes. Genova grew up on a small farm and has been butchering animals since before he can remember. He’s also worked in the kitchens of some high-dollar restaurants. In other words, he knows his way around a kitchen.

Turns out I owe him a backstrap. Each recipe he made from the offal of our deer was better than the next. Even better, you don’t have to be a fancy chef to cook these parts right. So quit feeding the coyotes the best parts of your deer, and give these five nose-to-tail whitetail recipes a try.

How to Cook Venison Liver Pâté

This recipe makes roughly 4 pints of delicious venison pâté, best served with a good French bread, mustard, and pickled vegetables. The whole process takes less than 45 minutes and can be made with one pan and a food processor. Freezing liver generally compromises the texture, but with this recipe, all of the ingredients are blended, so frozen liver will actually work just fine. The fat cap at the end of the recipe air-seals the pâté, which helps this dish last up to three weeks refrigerated, and it can be frozen indefinitely. This recipe is a hit at parties, and is a good one for people who are new to organ meat.

How to Cook Venison Steak and Kidney Hand Pies

Here’s a British hunter’s hand pie adopted for the whitetail woods. Back in the Old World, kidneys were considered low-class, reserved for the folks who couldn’t afford backstrap. But what the nobility didn’t realize is that cooked right, kidneys taste damn good. If you like Hot Pockets and venison stew—and who the hell doesn’t—these are for you.

How to Cook Deer Heart Katsu

Katsu is a traditional Japanese dish, typically made with pork or chicken, in which a cutlet is pounded thin, breaded in panko, and deep-fried. It’s also a hell of a tasty way to cook deer heart. This recipe is a great way to introduce people to the heart—because, who doesn’t love fried food? The process tenderizes and tames the otherwise chewy texture of heart, but retains all of the meat juices in a single, delicious cutlet. It’s best served with a fresh slaw and spicy mayo.

How to Cook Deer Testicle Po’Boys

Here’s a New Orleans classic tweaked for deer camp. Your buddies might flinch at this recipe—until they try it. Or just let them eat it first, then tell them what they’re eating after they’ve scarfed it down. Rocky Mountain Oysters have a cult following in the West, and for good reason. They’re delicious. So don’t leave these tasty bits in the gut pile. You can’t really mess up this simple recipe, and you’ll have plenty of joke material around deer camp, too.

How to Pickle Deer Tongue

One of the most underrated cuts on a deer might just taste the best. The high-fat content of tongue makes it a versatile cut in most any recipe, but few are as simple as this. Quick-pickling doesn’t require canning, but once refrigerated the meat will still keep for weeks. Salty, spicy, with an uncanny pork-like flavor, pickled deer tongue makes an excellent bar snack.