Want to take more song dogs in highly pressured areas? Try mixing up your calls with these coyote vocalizations 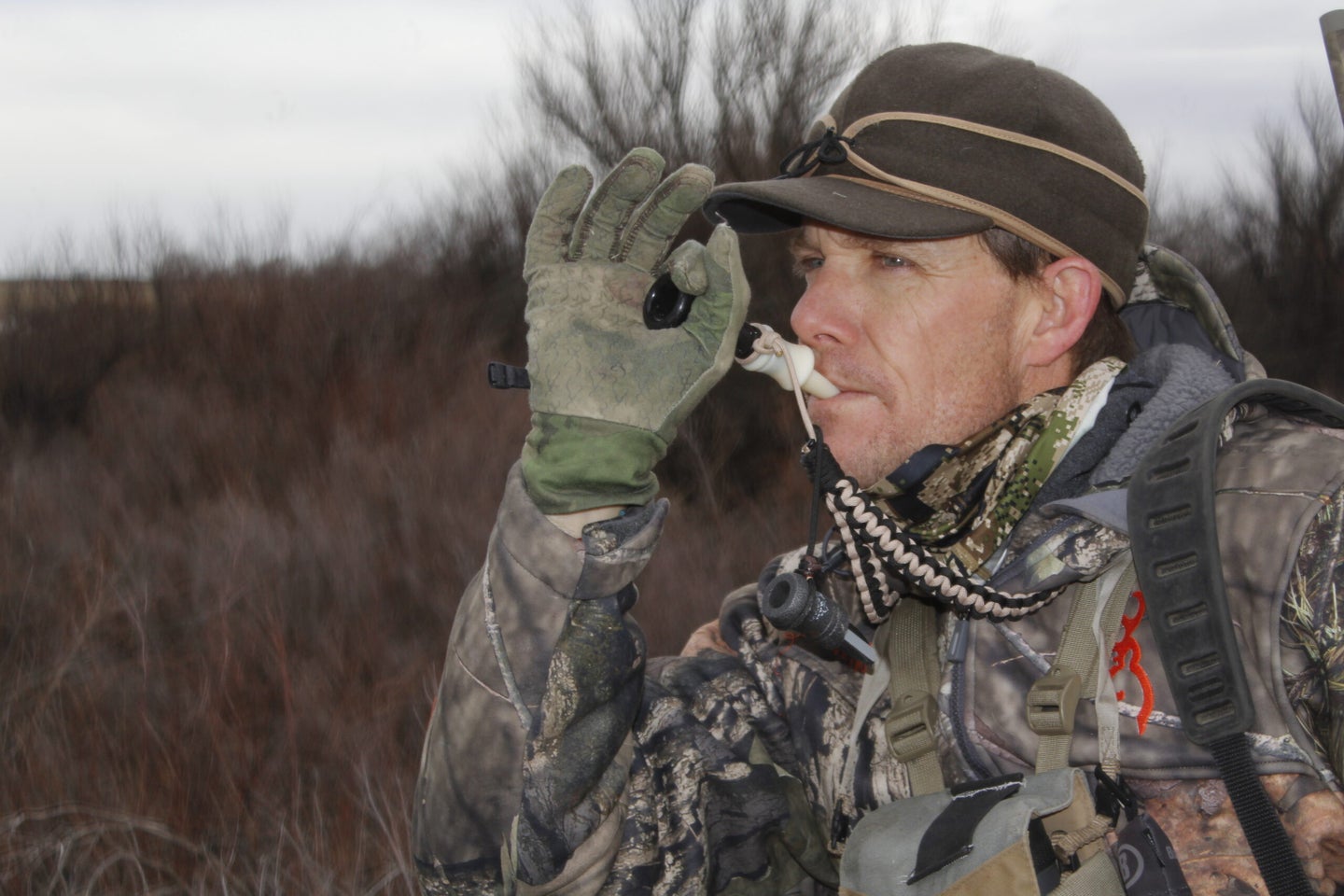 Hand-held calls are great for making coyote howls, and they're much lighter and more affordable than electronic callers. Jace Bauserman
SHARE

There was a time in my tiny sliver of southeast Colorado when coyotes came running to any death cry I sent into the air. Why? The population was healthy and, most importantly, human pressure was nil. The coyotes in my neck of the woods simply didn’t get called to. But times have changed.

Seasons that run 365 days a year and moderate (if any) license requirements have made coyote hunting and calling popular. Toss in the fact that night hunting is legal in many states and that today’s electronic predator callers can create virtually any animal noise on earth, and hunters get excited. Coyotes are getting pressured every day and night of the year.

I’m not complaining. I get it. Calling coyotes in close is a riot. I don’t have a problem with nighttime hunting or electronic callers. I own four of them. I just think that with the majority of hunters using the same techniques, coyotes are catching on. If you find yourself striking out with distress calls or electronic callers in general, you have to find a way to separate yourself from the pack. Howling is a great way to start.

How to Howl to a Coyote

I used to be terrified of howling. I didn’t know how, and I didn’t know which howl to use. Coyotes are extremely vocal animals, and they have an extensive vocabulary. But after striking out on 11 consecutive stands using an array of distress sounds, I went to coyote school.

You don’t have to pay money or attend any classes to go to this school. All you need is time and the Internet. Randy Anderson speaks coyote, and his videos about the effectiveness of howling on YouTube are very helpful. You’ll notice, as you watch video after video, that Randy is an old-school howler. By that, I mean he uses reed-style calls to create his howls. I highly recommend doing this. I’ve found the crispness and clarity of reed-style howlers trumps those created by electronic calls.

You’ll want to buy a few different howlers. Some of my favorites come from Primos and Rocky Mountain Hunting Calls, but there are throngs of calls on the market to choose from. Once you get a few howlers dangling from your lanyard, start practicing. One of the best ways to learn to howl and track your progress is to record your howling sessions on your smartphone and play them back while watching accomplished howlers on YouTube. Compare your notes to theirs. If you stay diligent, your howling game will come along quickly.

Read Next: How to Hunt Coyotes in November

Late January through March means mating season, which makes them prime howling months. During this timeframe, I howl exclusively. By then most dogs, even last year’s pups, have heard distress cries. My go-to howls include:

Much like elk hunters use a locator bugle, the interrogation howl is a long, drawn-out howl. Let the sound build, go over the top, and comes back down. Its purpose is to see who is out and about. Typically, I use this howl to kick off each stand. It’s non-invasive, easy to learn, and can bring coyotes in at any point during the season. I like to send out a trio of interrogation howls and space them about 45 seconds apart. This gives coyotes time to respond. If nothing responds, that doesn’t mean coyotes aren’t in the area. I’ve had lots of coyotes come in silently while I’m howling.

This is my favorite howl and one that can really make or break a stand. This howl is short. It builds up and cuts off quickly. Often, coyotes will follow a challenge with a few barks or whoofs. If you’re on stand and hear a challenge, howl right back over the top of the dog and challenge back. Let him know you’ve invaded his territory. You can always—and I do this often during mating season—send out a challenge howl of your own. If a dog answers, a quick return howl or a pup distress call will bring him in on a string.

Soft. Sweet. Sexy. These are the three words you need to think about when making this howl. Think interrogation howl, but focus on making the howl a touch shorter and a little softer. I use this howl only during mating season, and it has been the demise of a lot of male dogs. Visit YouTube and listen to this sound over and over again. If you can learn to sound like a female dog looking for male companionship, your success rate will rise.

This call is money, and when used in combination with the female invitation howl, it can be pure poison on male dogs. I like to whimper for five to 15 seconds at a time and then stop. The sound is very high pitched, almost bird-like, and it can be made on open-reed and diaphragm calls. The sound is almost a beep-beep-beep or tweet-tweet-tweet. Again, listen to the sound on YouTube, and then learn to replicate it. It’s not a complicated call and it’s one you want in your repertoire.

Read Next: The 5 Best Rimfire Loads for Hunting Coyotes

Stay Flexible When Howling to Coyotes

My last big howling tip is to stay flexible and pay attention to what works. For instance, this past February, I wasn’t getting nearly as many responses to my interrogation howls, so I started to experiment. I added some yips and barks and got a tad more high-pitched on my call and the dogs started answering. Staying flexible and not being afraid to play with your pitches and the like will help set you apart from the masses.