How to Cook Wild Game Pho with Venison Steak

This Vietnamese noodle soup is comfort food at its best 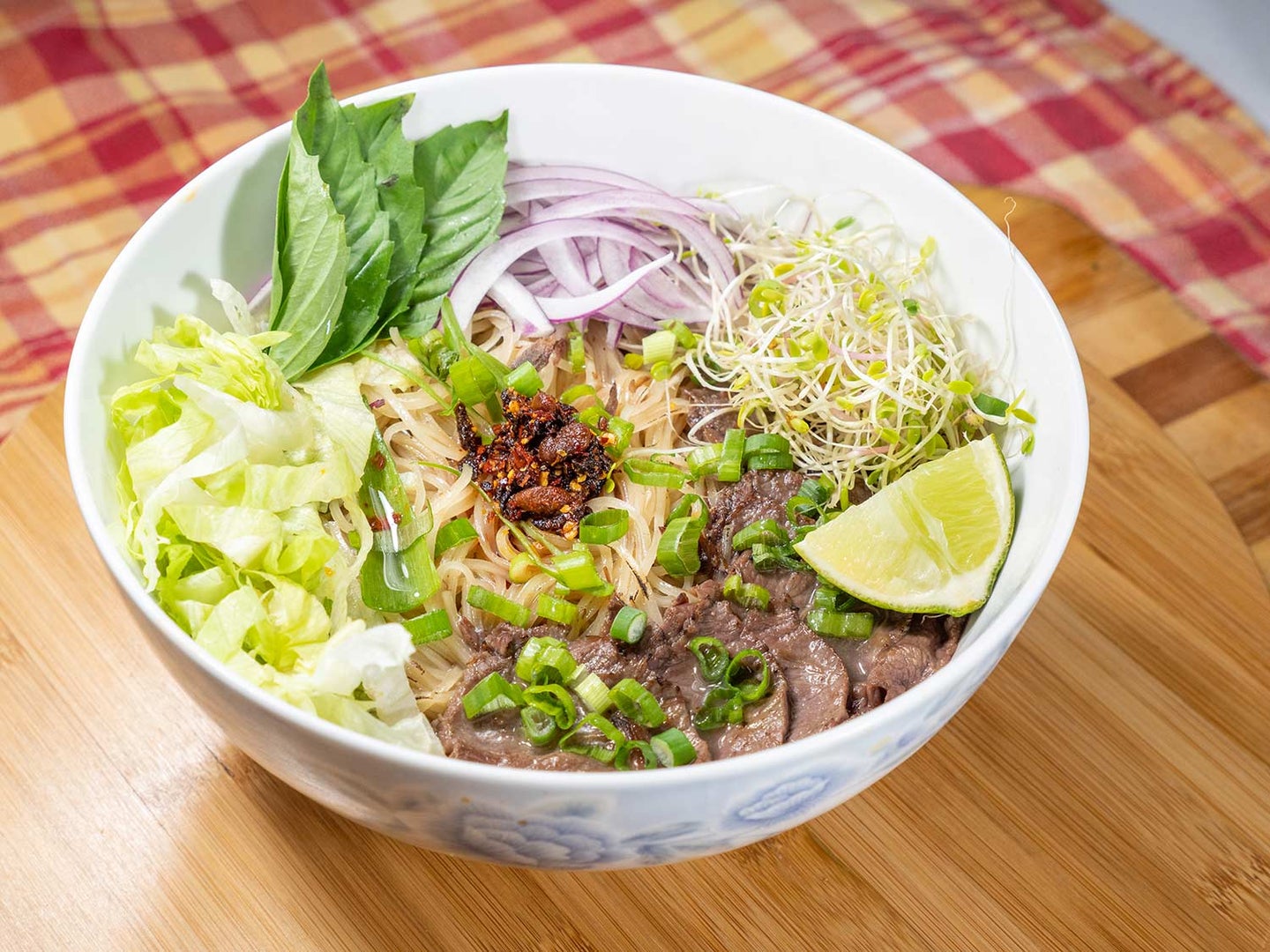 A warm bowl of pho is a restorative meal on a cold winter night. Cosmo Genonva
SHARE

Here are a few things you should know about pho. It’s a Vietnamese noodle soup—typically served with beef, but venison is a great substitute. It’s pronounced fuh, not fo. And, it’s delicious

I started making my own with venison and other game meat a few years ago, and it has become one of my absolute favorite recipes for cold winter nights, as well as for introducing new folks to wild-game cooking. Throughout the hunting seasons, I’ll make a few batches of wild game stock or bone broth to serve as the base for soups and sauces, and with just a few added ingredients you can transform this mother stock into pretty much anything you want. This is a pretty forgiving recipe, so you can substitute or omit most of the ingredients for what you already have in the kitchen and still end up with a killer bowl of pho.