Three and Out: How to End the Canada Goose Season

Hunting on the last day just to see the season to an end is great. Plus you might just shoot a triple and have your best goose hunt of the year 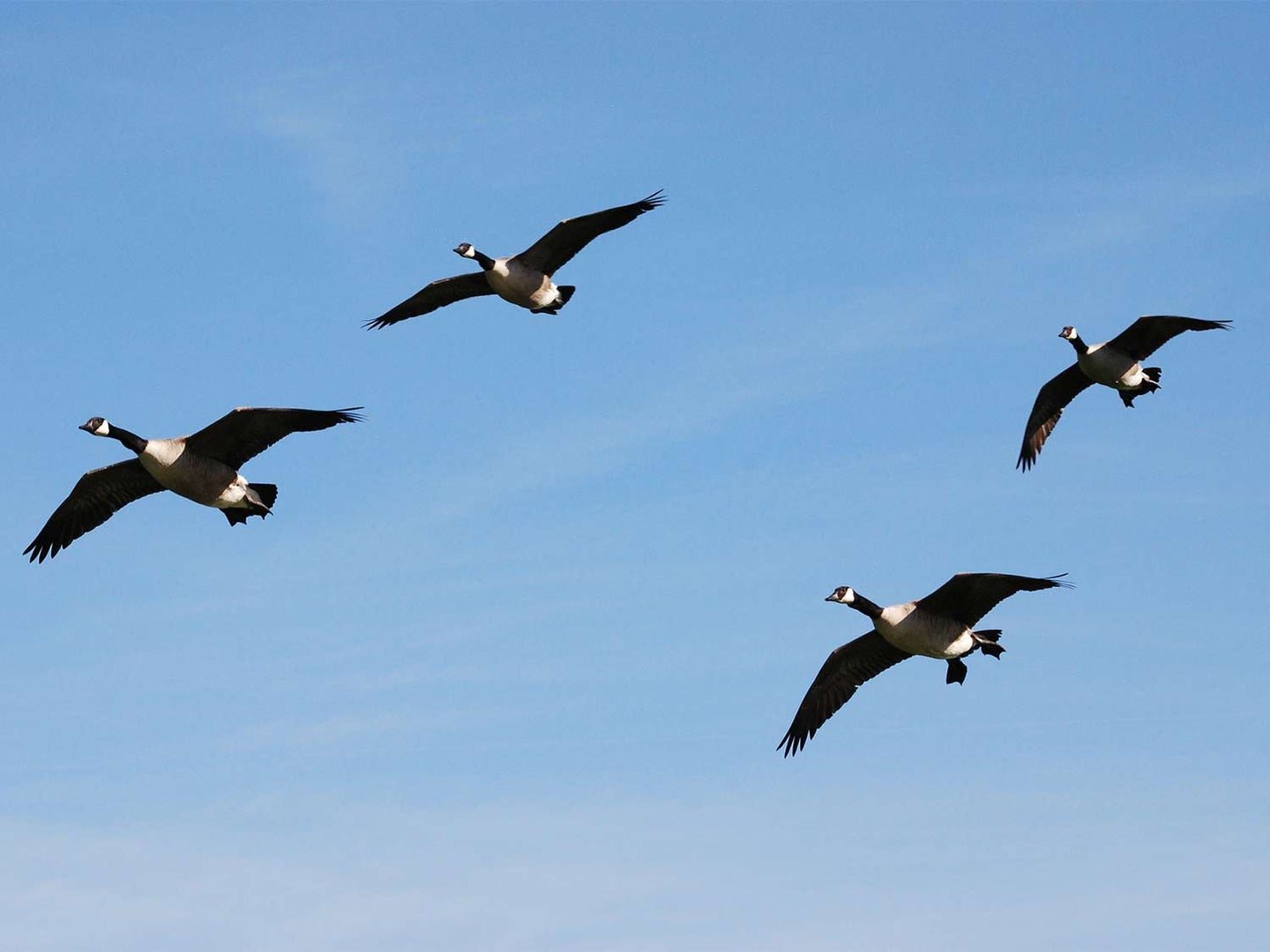 Here’s a scouting tip: It’s generally considered a promising sign when a flock of geese blocks the lane as you’re driving into a farmyard to ask permission. This bunch shoots me a surly look, and then waddles down the path and takes off into the dusk. Canadas turned this field into an airport today, piling in all afternoon as I watched from my decoy spread a mile away.

Permission secured, I head home, slightly torn. I’d had a good hunt, and there’s a playoff game tomorrow afternoon that I’d really like to watch. I could call it a year and be perfectly happy. On the other hand, tomorrow’s weather forecast is as goosey as it gets: cold, a 15- to 20-mph northwest wind, maybe a little sleet. And it will be the last day of the season.

Next day, I’m there before noon. Usually when it’s cold our geese don’t fly until 2:00 or so, but I’ve got work to do. A mound of icy snow blocks the field entrance, and the first job is digging out a parking place. I’m looking over my shoulder the whole time, afraid the geese will fly early before I’m ready, but there’s no sign of them yet. I load my blind, gun, backpack, shovel, and five dozen light silhouette decoys into a sled and start dragging.

The farther I go, the more goose tracks I see, along with holes they have scratched into the snow to look for corn. When I get to the busiest spot, I dig out a place for the layout blind to lower its profile, and break off some stalks to put in the straps on the white snow cover.

“Tell a story” the experts say when it comes to setting decoys. I make a mass of feeders on the upwind side. I crowd a few around a bare spot scraped out with the shovel, as if they’ve dug deep in the snow and struck gold. Walkers go downwind as if they have just landed and are hurrying to the food. If the real geese do what they are supposed to, they’ll jump ahead of the walkers and land 10 yards short of the feeders.

I load my gun, and wait. And wait. And wait some more. Unease replaces the relief I felt at not seeing geese earlier. There’s plenty of time, but on a day like this, geese should be flying by now. The afternoon wears on. I spot only two distant flocks, headed somewhere else. Apparently, the geese have found a new field today.

End Goose Season with a Bang—And a Band

It’s well past kickoff time when I notice with some surprise that I’m not second guessing my decision to skip the game and hunt. It seems I’m content to lie here in the cold, eating snacks and seeing the season out, even though there’s nothing to see. Sometimes I roll my eyes inwardly when someone says “It’s good just to get out,” but they’re right. I’m lucky to be able to hunt enough that I can take getting out for granted.

My peace of mind should be reward enough, but just in case I’m too thick to appreciate that, part two of my pay-off is on the way. I look up to see 12 or 15 silent Canadas make a banking turn down to ground level a couple hundred yards away.

The clouds behind me have broken enough so that the birds are lit up as they approach, exactly the way you picture them in off-season daydreams. The geese are so low I’m afraid they’re going land short. I give them encouraging flicks of the flag, keeping down at goose level to make it look real.

At 30 yards they start to backpedal for a landing. I should give them one last flick to see if they’ll pick up and come to 15, but I’ve let go of the flag to put both hands on the gun. I sit up and shoot one, then another. A third catches my eye as it flares up and back. I hesitate for an instant. Three is the limit. Usually, I’d stop at two so I could hunt longer, but this seems like a gift I shouldn’t refuse. I shoot, and clamber out of the blind to pick up my birds. The third goose is banded because, of course it would be.

I’m done, limited with a triple and a band on the last day. I load up my gear with a stupid grin stuck on my face. I can catch the football highlights at home, but I already know I won’t see anything better than my own three and out.