10 of the Biggest World-Record Bucks Ever 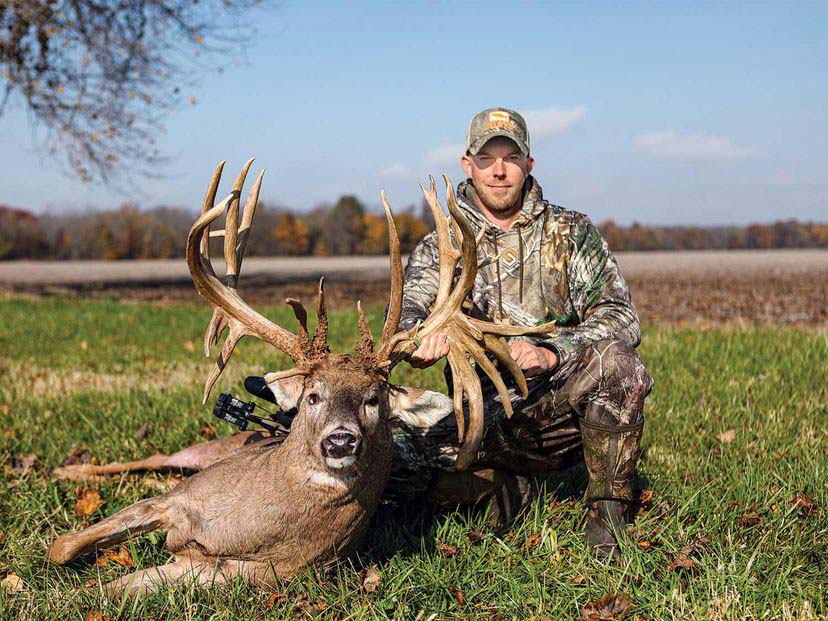 A good clean typical buck is a thing of beauty, of course, but for most of us, nets are for fishing, and it’s the total amount of bone on a buck’s head that really counts. Kickers, forks, stickers, and drop points only make a trophy more impressive. By that standard, the biggest, highest-scoring, most jaw-dropping whitetails ever taken are all non-typicals. Every buck below (with one notable exception) set a new Boone and Crocket or Pope and Young world record in the category that honors the sheer amount of calcium a whitetail can sprout from its noggin. This isn’t a complete list, but rather a selection of the most impressive non-typs taken through the decades by a mix of gun and bow hunters. The 10 trophies total over 2,800 inches of antler and have an average score of 290—roughly 77 inches bigger than the all-time typical record.

British Columbia gets all kinds of attention for producing whopper moose, elk, bears, sheep, and mulies, but the province flies under the radar when it comes to huge whitetails. That’s a little surprising considering that the very first B&C non-typical world-record whitetail was shot there. Long-time guide and entrepreneur Jim Brewster was hunting in the Elk River Valley in 1905 when he killed the giant buck. Back then, B&C only recorded measurements for main-beam length, and the Brewster buck’s 31-2/8-inch right beam topped all non-typicals. When the club moved to the modern scoring system and the Brewster Buck was finally scored in 1932, it tallied 245⅞ inches—and retained its world-record status.

The background of this amazing buck is so shrouded in mystery that it’s not certain who shot the deer, where in the Lone Star State it was taken, or what year the hunt occurred. Somewhere around 1892 is the best guess. For his fascinating book World Record Whitetails, Gordon Whitington dug heavily into the story of the buck and the harder he tugged on the threads of clues, the more mysterious the story became.* All that’s certain is that the buck was not officially scored until the mid-50s and that the 47 scorable points on the rack tallied up an incredible 284⅜ inches, smashing the previous record by more than 38 inches.

3. The Hole in the Horn Buck

This is the only whitetail on this list that was never an official world record, but the famous Hole in the Horn buck was so close, and the rack so impressive, that we couldn’t resist including it. Found sometime around 1940 by railroad workers in Portage County, Ohio, the buck was shoulder-mounted and hung in a local club until 1983, when antler collector Dick Idol found and purchased the rack. Idol had the buck scored by a veteran measurer, who assigned it a net non-typical score of 342⅜ inches, which would have rocketed it to the top of the B&C books. But a 1986 panel-score lowered the buck’s net tally by more than 14 inches, dropping it to second. Still today, many hardcore antler geeks feel the Hole in the Horn buck is more impressive than the reigning No. 1 Missouri Monarch.

Compound bows didn’t exist yet when Minnesota hunter Don Vraspir was still-hunting with stick and string through a patch of timber in the Gopher State’s Ottertail County in 1959. His buddy, hunting the same cover from the opposite direction, jumped a giant buck that ran toward Vraspir, eventually trotting past him at a mere 11 yards. Vraspir sent a cedar shaft into the buck’s vitals and became the P&Y Club’s first world record holder in the non-typical whitetail category. Vraspir’s buck scored 186-2/8 inches.

It’s one thing to break a record, and it’s another to obliterate it—which is what Del Austin did when he arrowed “Ol’ Mossy Horns.” Austin’s friend Al Dawson had chased the Nebraska monster to the exclusion of all other bucks since 1958 on a farm on the Platte River bottoms. In 1962, he invited Austin to join him in his quest. That fall Austin shot Ol’ Mossy Horns with his recurve bow and set a P&Y world record that would stand for 38 years. Austin’s incredible buck sported 39 points, a 21⅜-inch inside spread, and netted 279⅞ inches. It’s still P&Y’s No. 3 non-typical all-time.

The biggest non-typical in the B&C record books has reigned for 39 years. The “Missouri Monarch” was found dead in 1981, by Dave Beckman, on the outskirts of St. Louis. Beckman was returning from a successful hunt when he spotted the buck lying dead in a roadside ditch. Since Beckman’s tag was filled, he contacted a local game warden, who came and took possession of the buck, which remains the property of the Missouri Department of Conservation. The 44-point whitetail broke the then-unimaginable 300-inch mark, with room to spare. With a 23-⅜-inch inside spread, 184 inches of non-typical points, and a net score of 333⅞, the Missouri Monarch made whitetail nuts rethink how large a wild whitetail buck could grow.

Del Austin’s P&Y world-record mark had stood for so long—nearly four decades—that it seemed unbreakable. Then, on November 8, 2000, an unassuming Ohio bowhunter shot a giant that bested Ol’ Mossy Horns by nearly 15 inches. Mike Beatty, a Pennsylvania native who’d relocated to the Buckeye State, had been watching a giant 8-point for much of the summer and fall and, on that November afternoon, had called the buck into easy bow range. But Beatty couldn’t get a shot and the buck disappeared. After a few minutes, Beatty started calling again, hoping to pull the 8-point back into range, when a bigger— much bigger—buck appeared. Beatty made the shot and shook up the whitetail world with a 39-point buck that would net 294 inches.

Some giant whitetails live mysteriously, virtually unseen by anyone. Not the Tony Lovstuen buck. Known widely as “The Albia Buck” (for the small southeast Iowa town close to where the buck roamed), the monster non-typical had appeared in photos, videos, and trail-cam pics for several years and was thought to be a walking world record. Although a number of other hunters were chasing the buck hard, including his family members, 15-year old Lovstuen finally killed the monster with a muzzleloader during the Hawkeye State’s youth season in 2003. The buck easily eclipsed the previous mark for the largest hunter-killed non-typical whitetail, with a net B&C score of 307⅝.

To say that Tennessee flew under the radar of most 21st-century trophy whitetail nuts is an understatement. All that changed in 2016 when Stephen Tucker killed an incredible Volunteer State colossus that would eclipse the 12-year-old record for the largest hunter-killed non-typical in the B&C books. Tucker had numerous trail-cam pics of the giant, and had even shot at the buck (his muzzleloader misfired) two days before his fateful hunt on a property his family had farmed for 40 years. Finally, on November 7, after multiple encounters with the buck, Tucker connected when the giant visited a scrape only 30 yards from his ground blind. The Tennessee giant netted 315-⅛.

Illinois has long been a hotbed of Booner non-typicals, but that reputation had taken a bit of a hit as the 20th century gave way to the 21st. It took a 30-year-old former Marine from Virginia to bring the Prairie State back into the giant non-typical spotlight, with a buck that would eclipse the Stephen Tucker buck for the largest hunter-killed non-typical of all time. Luke Brewster made a 10-hour drive to his grandparent’s farm, where he shared privileges with friends Justin and Ron, for an early November hunt. “Mustafa,” a huge non-typ that Brewster’s group and other area hunters had been pursuing for several seasons, was certainly on Brewster’s mind that day. But deferring to his hunting buddy’s efforts to manage the farm, Brewster actually headed to a set where he felt least likely to kill Mustafa. The buck had other ideas though, and stopped to work a scrape only 25 yards from Brewster’s stand. Brewster drew his bow, made good on the shot, and not only tagged the biggest hunter-killed non-typical whitetail to date, but also the new all-time P&Y world-record. The incredible buck netted 327⅞.

*Some of the information about the bucks above was gleaned from my well-worn copy of Gordon Whittington’s excellent book World Record Whitetails (published by Safari Press), which deserves a place on the bookshelf of any true whitetail geek.