With the right defense, you won’t have to worry about these disease-carrying parasites latching on 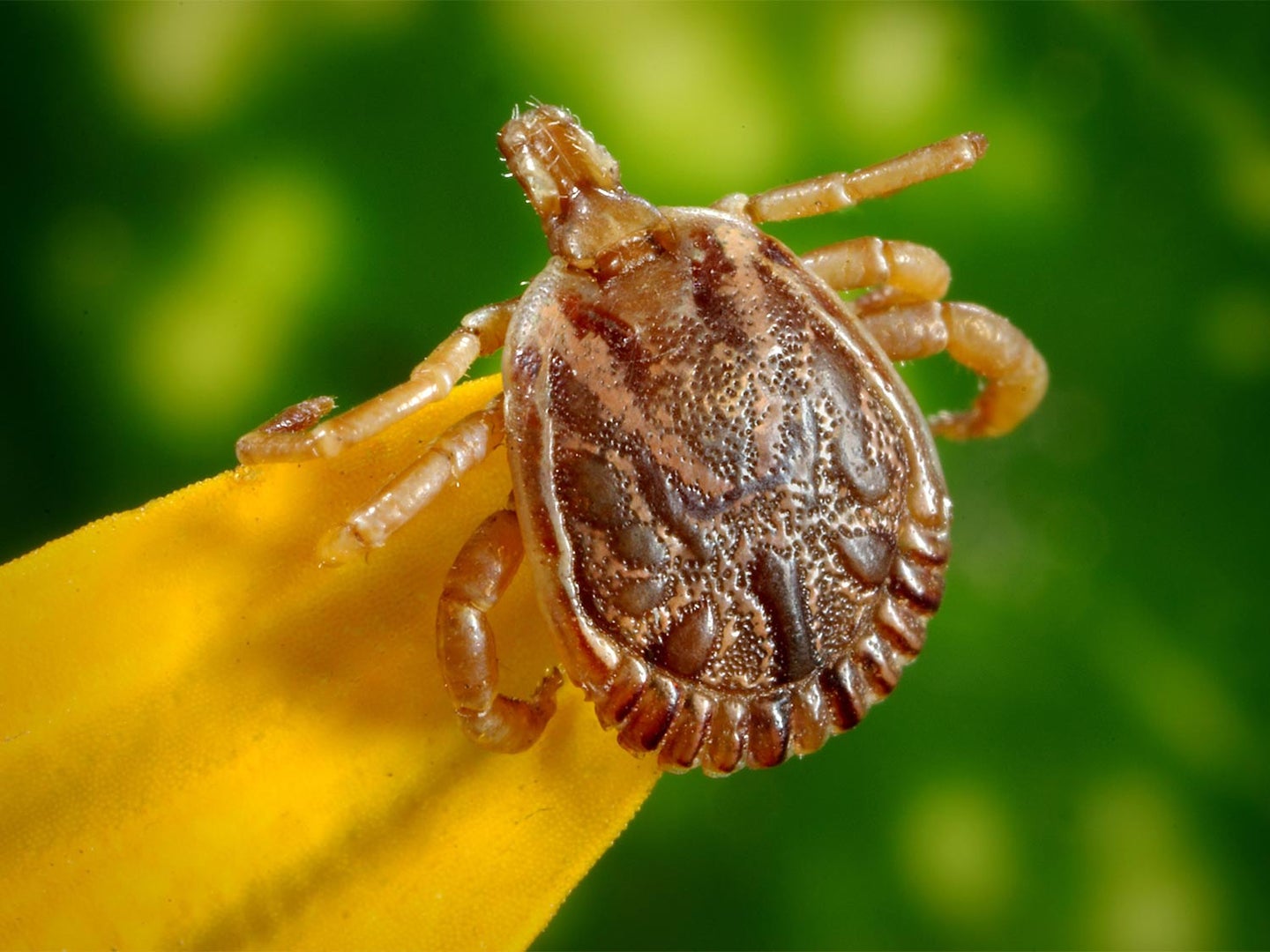 Ticks are notorious for carrying awful ailments that can make people sick for years, so be sure to protect you and your family. Pixaby
SHARE

Ticks are the worst. The disgusting bloodsuckers transmit numerous diseases, so it’s important to know how to get rid of ticks if you live in an area with high concentrations of the bug. Permethrin is a chemical that kills ticks on contact, and you can use it to treat your clothing and any outdoor gear you want. Permethrin-impregnated clothing kills ticks that crawl on you and can be effective for 50 or more washings. Permethrin-impregnated leg and arm gaiters slip over regular clothing and protect areas that are most vulnerable.

You can use some tick-repellent sprays on furniture and rugs as long as the labels clearly says it’s safe for people and pets. Outdoor sprays cover a wide area and will kill ticks without harming vegetation. Tick tubes contain soft permethrin-impregnated material that mice, which carry many ticks, find and use for bedding, thus killing the parasites. You can use DEET and picardin-based repellents on skin and clothing and both will repel ticks as well as other insects.

If you’re thinking about ways to safeguard your home from these nasty critters, here is a brief rundown of some of the best methods on how to get rid of ticks.

Permethrin is a synthetic chemical that is highly toxic to ticks and other insects. Permethrin was invented in the 1970s for agricultural purposes but is an excellent tick repellent (it’s the same ingredient used in flea and tick applications for dogs). Permethrin should not be sprayed directly on skin, though it’s extremely effective at warding off ticks on outer clothing, hats, socks, and footwear, as long as you spray the garment and allow it to dry before wearing it into tick territory. You can also treat outdoor gear like tents and backpacks. One thorough treatment can last several washings.

The U.S. Defense Department has been issuing permethrin-impregnated uniforms to soldiers for years, and civilian manufacturers have followed suit. The advantage of permethrin-impregnated clothing, besides eliminating the need to spray clothing, is that it will remain effective through 50 or more washings. Permethrin-treated clothing from T shirts, and socks, to pants, to fashionable women’s tops are now available.

Ticks find hosts by crawling up vegetation and attaching themselves to whatever warm-blooded creature brushes by. That’s why long grasses hold so many ticks—and it’s also why gaiters impregnated with permethrin are effective. It’s nearly impossible to walk through unmowed fields or grassy meadows without brushing against vegetation that potentially holds ticks, and these gaiters will protect your most vulnerable body parts. They’re also excellent for gardening—you just put them on before you begin your work and take them off when finished. Because gaiters don’t need to be laundered as often as clothing, they remain effective for a longer time. Both arm gaiters, and leg gaiters are available.

If you have pets that may have brought ticks inside (or you suspect ticks have entered your house somehow), you can spray dog beds, upholstered furniture, carpets and other areas with liquids developed for that purpose. These chemicals contain natural ingredients that work as pesticides and are safe to use in the home.

People who live in areas with high populations of mice and/or deer—both of which host ticks—can treat open areas with insecticides that are safe for humans and vegetation. A popular type that’s easy to use has a garden hose fitting, making it easy to treat affected areas.

These are a way to reduce tick populations by using the nesting habits of mice, which carry many ticks, to advantage. Tick tubes contain soft materials that mice find suitable for building nests. The material has been treated with permethrin, so when mice find and use the material, the ticks are killed in the nest. You simply place the tubes throughout outdoor areas and let nature work for you.

Picaridin is a synthetic compound developed in the 1980s that works by making your body inhospitable to insects. Picardin also repels other insects, making it a good choice if you or your family will be in insect-prone areas, such as campsites. It also can be used on both skin and clothing. It’s available in lotions, pump sprays, aerosol sprays, and wipes.

DEET, or diethyltoluamide, is a liquid that was developed by the U.S. Army in the 1940s to protect soldiers stationed in insect-ridden areas. It works by confusing the insect’s receptors that allow it to find hosts. DEET has been used by millions of people safely (though there have been very rare instances of reactions). Manufacturer labels clearly state age-based guidelines. DEET-based repellents are a good choice if you’re looking to ward off mosquitoes and other pests as well as ticks. They can be used on both skin and clothing. They’re available in many forms: aerosol sprays, pump sprays, wipes, and lotions.