What Is the Best Match for Starting a Survival Fire? 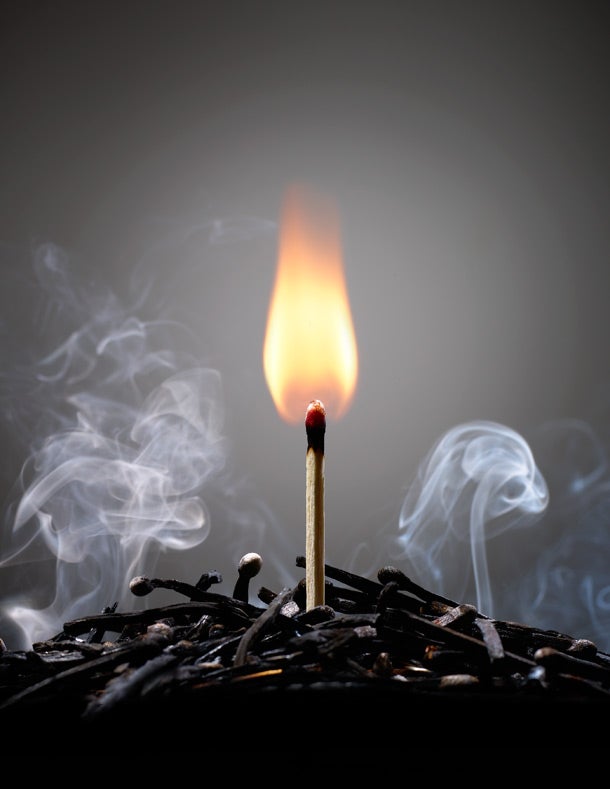 My father could reach into the pocket of his wool pants and pull out a wooden match, already lit. His trick, magic to a small boy, remains one of the most indelible images I have of nights around the campfire. Today, match light has flickered out in favor of the soulless flame of the butane lighter, but a simple stick of wood with a certain mix of chemicals in the head remains one of the most practical tools for starting fire. Nothing else has saved as many lives of those who desperately needed a flame to fend off the cold.

Invented in England during the early 1800s, the first friction matches were aptly named Lucifers—they lit with a shower of sparks that could burn the muttonchops off a fellow smoker. Matches have been tamed down ever since, and today if you go looking for the perfect match, you’ll find two choices: the “safety” match and the “strike-anywhere” match.

The combustible components in safety matches are split between the match head and the striking strip on the side of the box (or book). Safety matches do have an appeal—not so much the paper-matchbook kind that will wilt in your pocket on a damp day, but the waterproof-windproof varieties sold in sporting-goods stores that burn with a tall, long-lasting flame. However, these are not survival matches, despite the claims. Like all safety matches, their downfall is that they require the strip. Once that striking surface becomes torn or gummed up—which it will after even a few drops of rain—they’re essentially worthless.

Related Content: How to Start a Fire in the Woods with Natural or Synthetic Tinder

By contrast, strike-anywhere matches combine all the combustible material within the head of the match. The moniker, though, is misleading: You can’t strike them on just any rough surface, and those offered today under the Diamond brand aren’t as easily sparked as matches sold by the same company a couple of decades ago. Nor can they begin to compare to the fire-sticks turned out through the 1980s by the now defunct Ohio Blue Tip Match Co. Theirs ignited if you so much as looked at them the wrong way. In the age of litigation, strike-anywhere matches have become harder to find. But they’re often sold in rural grocery and hardware stores and are easy to buy online.

Diamond is the classic brand for strike-anywhere matches. Amazon

Diamond is the classic brand for strike-anywhere matches. Amazon

In the interests of science (and because I’m a bit of a pyromaniac), I tested a number of different striking surfaces using a newly purchased box of strike-anywhere matches. The results, while heartening for a hypothermic hunter, weren’t entirely expected. For example, smooth hardwood was easier to strike against than rough bark. Technique was crucial. Some surfaces, such as the ribbed base of an antler, the buttons on my hunting pants, and the checkered bolt knob of my .350 magnum, needed a short jabbing stroke for ignition; whereas sandpaper and stone demanded a longer stroke. Flicking my thumbnail against the match head was most satisfying but also required a half-dozen tries. I had an easier time striking stones, smooth as well as rough, the gold nuggets on my wedding ring (which drew a furrowed brow from my wife), and against another match head. I also could spark fire using my pants—but only on the zipper. I had no luck at all scratching against the material, whether wool or denim.

Although today’s strike-anywhere matches may not be as flammable (and you probably won’t be able to pull a lighted one from your pocket), I still came away from the tests confident that I could find a surface in almost any environment to successfully spark fire. There remains a certain satisfaction in lighting a fire with a single match, well struck on the side of a cast-iron skillet or the bone handle of your belt knife. The flame it provides is just as hot as the one produced by a father’s bygone magic.