Not only is pemmican delicious—but it's packed with protein and lasts for ages. Which is why it may just be the perfect survival food 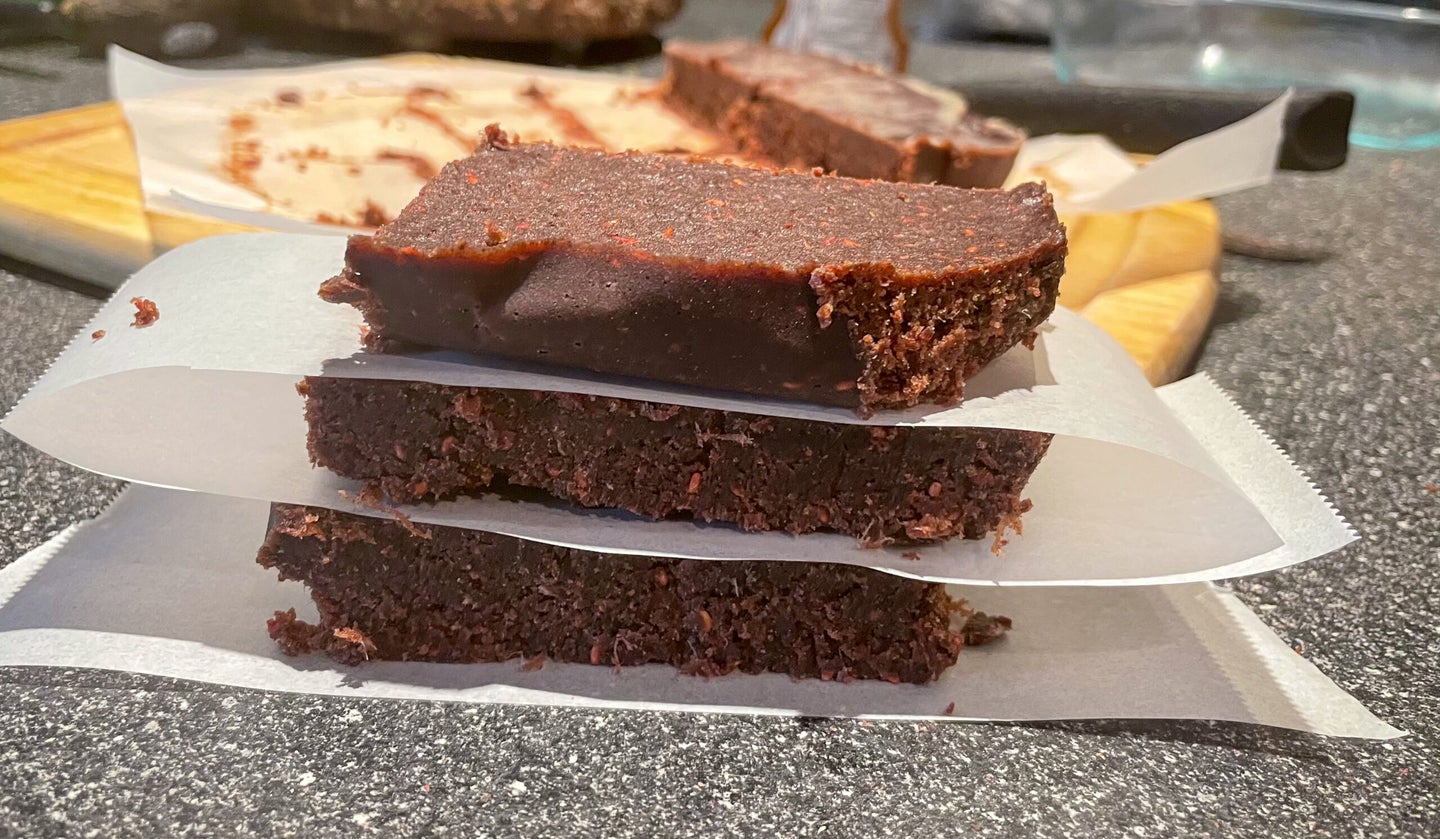 Pemmican is a high-energy food that Indigenous people of Canada and the U.S. have been eating for centuries. The word pemmican is derived from the Cree word pimîhkân, which comes from the word pimî, meaning “fat, grease.” Pemmican is made from dry meat, animal fat, and sometimes dried berries. Traditionally, pemmican was made from bison meat, but you can use whatever meat—moose, elk, caribou, whitetail—is available to you.

Read Next: The Essential Gear Guide for Making Jerky

Pemmican is pretty much the perfect survival food. There are stories of people surviving solely on pemmican for months on end. You get nearly 300 calories from one 2.2-ounce bar, which means you’re getting a lot of energy from something that won’t take up much room in your pack. What’s more, pemmican lasts for a long time—years if you store it properly in a cool environment. It’s also delicious.x Here’s how to make your own pemmican:

Easy and Delicious Recipe for Pemmican

4) Mix, Make, and Store the Pemmican

Experiment with Your Pemmican Recipe

Keep tweaking your recipe slightly until you find one that you like best. For example, when I was using raspberries, which can be sour, I started with a smaller batch of equal parts to gauge the flavor before going all in. I ended up dialing it back on the raspberries for the remaining batches, and wound up with better-tasting pemmican.