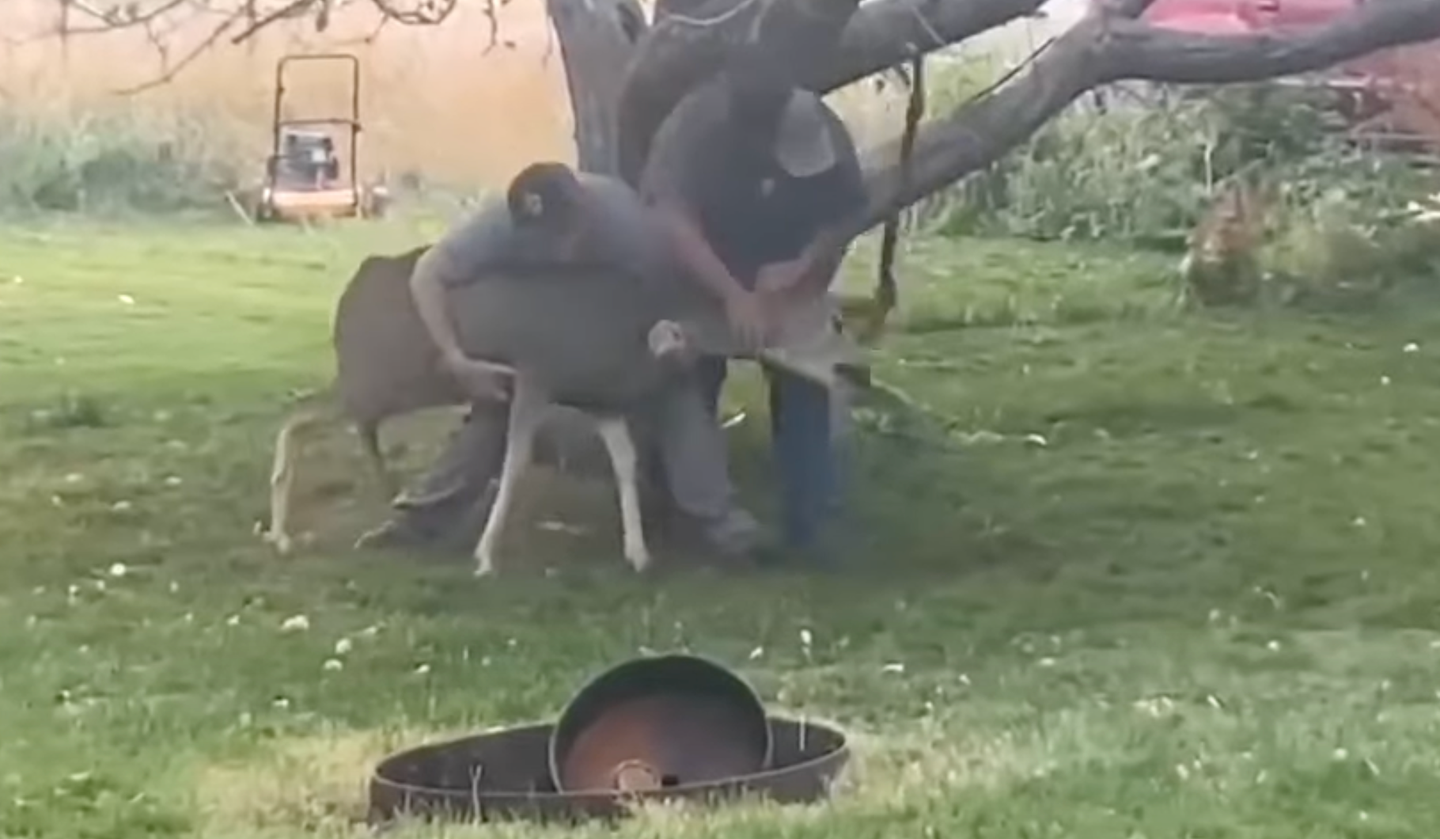 A young mule deer buck may have just been tired when it approached the backyard hammock of a home in Pocatello, Idaho. Hammocks can be tricky to use for the best of us, but if you’re traipsing around with no arms and some headgear, it can be even trickier. In any case, Idaho Fish and Game (IDFG) received a report on October 8 that a forkhorn mule deer buck had become entangled in the support ropes of a hammock and couldn’t free itself.

Three IDFG employees responded to the incident, and their rescue was captured on video. Let me say right here that these guys are badasses. Pound for pound, humans are among the wimpiest creatures on the planet. The muley buck appears to be a juvenile, maybe weighing as little as 90 pounds, but it is healthy and not at all pleased that three of its traditional enemies have shown up. As the men approach, it becomes even more distressed, running back and forth, kicking up dust, and getting hoisted in the air as it reaches the end of the rope. It bawls more loudly than seems possible. As one of the 3,000 viewers on YouTube, comments, “You don’t expect that kind of noise to come out of a deer.” Then again, the commenter uses the pseudonym “Galaxy Glitter Latte,” so they may not have a great deal of experience with mule deer.

Read Next: Watch the First-Ever Video of a Polar Bear Hunting an Adult Caribou

Undeterred, the IDFG officers go into action. One manages to tackle the deer’s mid-section, while the other man takes the neck. Eventually, they calf-wrestle the muley to the ground. At that point, a third IDFG employee uses a knife to cut the rope. But it ain’t over because, as with the capture of dangerous game and venomous snakes, the really tricky part is the release. The two men let go at the same time, each throwing themselves away from slashing antlers and hooves. It works. The mule deer bounds away safely, and the three men manage to make the capture and release appear more or less routine. Just another day in Idaho!