The Best-Tasting Backpacking Meals to Keep in Your Hunting Pack 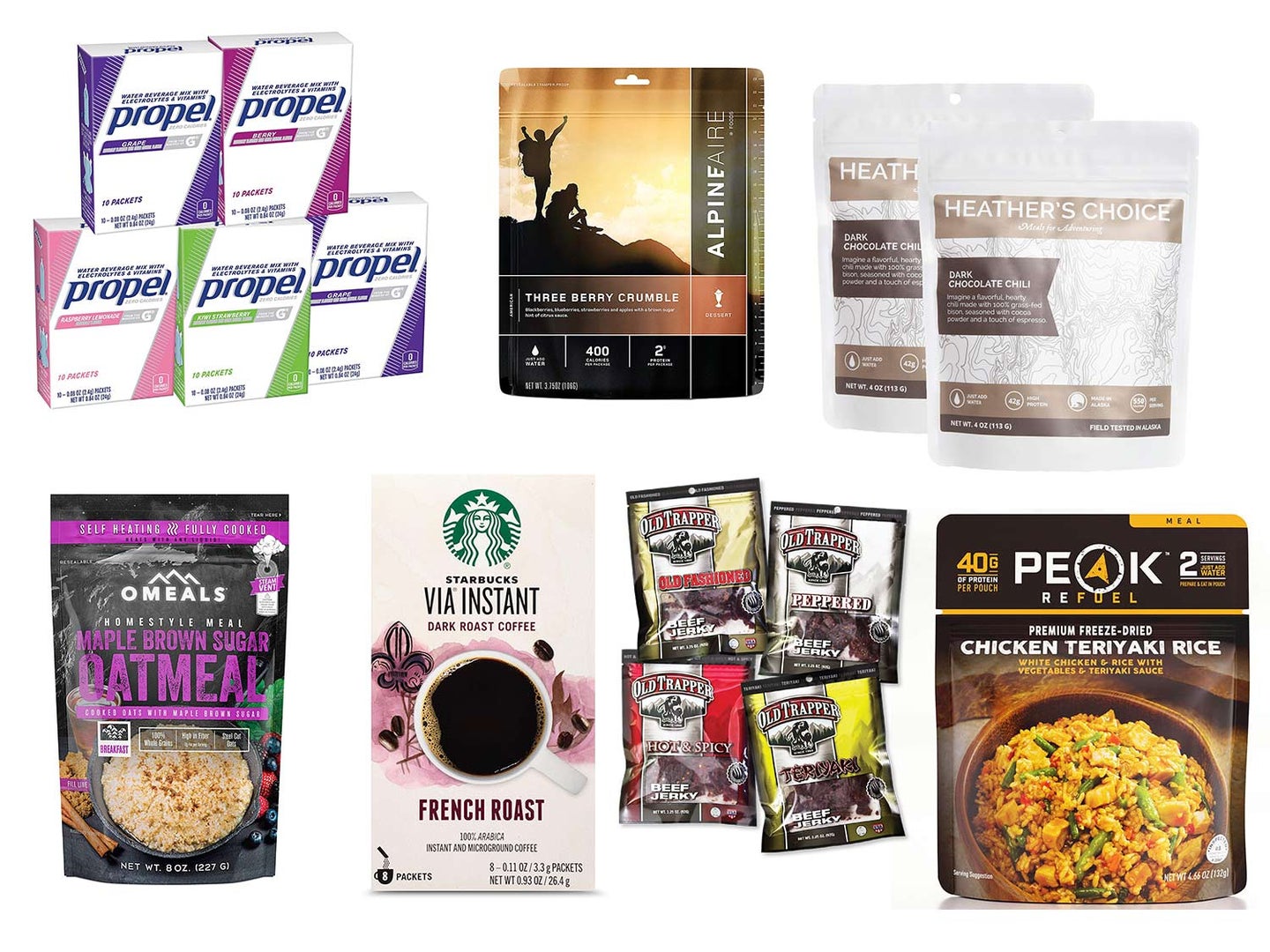 My best friend and I were so poor in college we “invented” a half-dozen different backcountry recipes that used instant mashed potatoes so we would have enough gas money to get us to the woods and back. Thankfully, my financial situation has improved since then—and so have my instant-meal options. These days, there are more tasty entrées and snacks available to anyone venturing off the grid than ever before, and some of them are—dare I say—healthy. If you’re planning a backcountry bivy hunt, or simply want to carry a few instant meals in your hunting backpack or on a trek to fish an alpine lake, here is the perfect one-day menu with recommendations for breakfast, lunch, and dinner—plus dessert.

It doesn’t matter if I’m sliding out of my bed at home, or slowly crawling out of my sleeping bag in the backcountry—my day doesn’t officially start until I have a cup of coffee in my hand. I’ve used a French press and poured boiling water over freshly ground beans, but so far I have yet to find anything as simple (or as tasty) as a single packet of Starbucks VIA coffee. I’m a fan of French roast, but there are other flavors you can experiment with. Simply add the powder to a hot cup of water, stir, and enjoy. There’s enough caffeine to get you going, and you don’t have to mess around with filters or used grounds.

One problem with many dehydrated breakfasts-in-a-bag (and many freeze-dried entrees in general) is the sodium overload. Salt is a common preservative, but too much can hurt your body more than it can help it. As an alternative, Omeals creates fully cooked, never-freeze-dried, low-sodium, self-heating meals. Each packet contains a heating element so you don’t even need a stove to boil water and prepare the food, as well as eating utensils and a napkin. While Omeals are slightly more expensive than other backcountry meals, they’re worth the cost if you’re concerned about ingredients and additives.

Another company following the “made from healthy, whole ingredients” theme is Epic, who produces high-protein meals and snacks using 100-percent grass-fed meat and organic fruits and nuts. Though it sounds a little odd to say the first few times, their “meat bar” is one of their most popular products. Sourced from animals like wild boar, deer, chicken, lamb, or turkey, each bar includes proportionate amounts of fruits and ingredients like cranberries, sea salt, brown sugar, or raisins. I’ve personally tried several different combinations and can say the bison-bacon cranberry bar is my personal favorite.

Whether you’re packing in to fish an alpine lake or carrying a bivy camp on your back while chasing elk, you won’t last long if you’re not consuming the nutrients it takes to keep going. One of those essentials is protein, and I’m hard-pressed to think of any other instant entrée that has more than the ones from Peak Refuel. Loaded with over 40 grams of protein and 83 grams of carbohydrates per package, meals like their chicken teriyaki rice are just what the body needs to help it get through a day in the backcountry.

No matter what I’ve planned for my backcountry menu, there is almost always two things in my pack at all times—trail mix and Old Trapper beef jerky. Not only is jerky a lean snack, it’s loaded with protein and the teriyaki flavor is just about the best I’ve ever had. The key may be the way the company prepares the meat before cooking it, using real wood-fired smoke. Whatever the secret recipe is, Old Trapper is available in 10-ounce bags, though I prefer to get a six-pack sampler so I can have something different each day of my hunt.

Heather’s Choice is another company dissatisfied with the ingredients and sodium content of many freeze-dried meals on the market, so it set out to create unique dehydrated eats made with healthy ingredients and no preservatives. In a short amount of time, the meals have garnered a strong following, and the dark chocolate chili is one of the most popular recipes. While it’s free of gluten, soy, peanuts, and dairy or egg products, it’s packed with protein-rich (42g per serving), 100-percent grass-fed bison meat. Just add hot water to the packet and let it sit for 20 minutes, then grab a fork (or spork) and chow down.

AplineAire might not be a company you’ve heard of, but they’ve been making freeze-dried and dehydrated instant meals since 1979. Their entrées are unique and delicious, but it’s their desserts, particularly the three-berry crumble, that I crave in the backcountry. Loaded with blackberries, blueberries, strawberries, apples, and brown sugar, this packaged treat will soothe your sweet tooth at the end of the day, or if you’re like me, you can enjoy some in the morning as well alongside a fresh cup of coffee.

No matter when, where, or how long you plan to embark on a backcountry trek, water is a necessity, though it can become fairly bland and boring to drink. For flavor, add some Propel to your canteen. The packets are inexpensive and your body will appreciate the influx of electrolytes and vitamins without any sugar. The packets are also great for adult backcountry beverages. If you think the idea of mixing flavored water with some nice bourbon is sacrilegious, all I can say is don’t knock it till you’ve tried it.