Three Things To Consider When Buying A Cast Net

Whether freshwater or saltwater fishing, when the fish want live bait, a cast net can be just the ticket to help you fill your livewell. 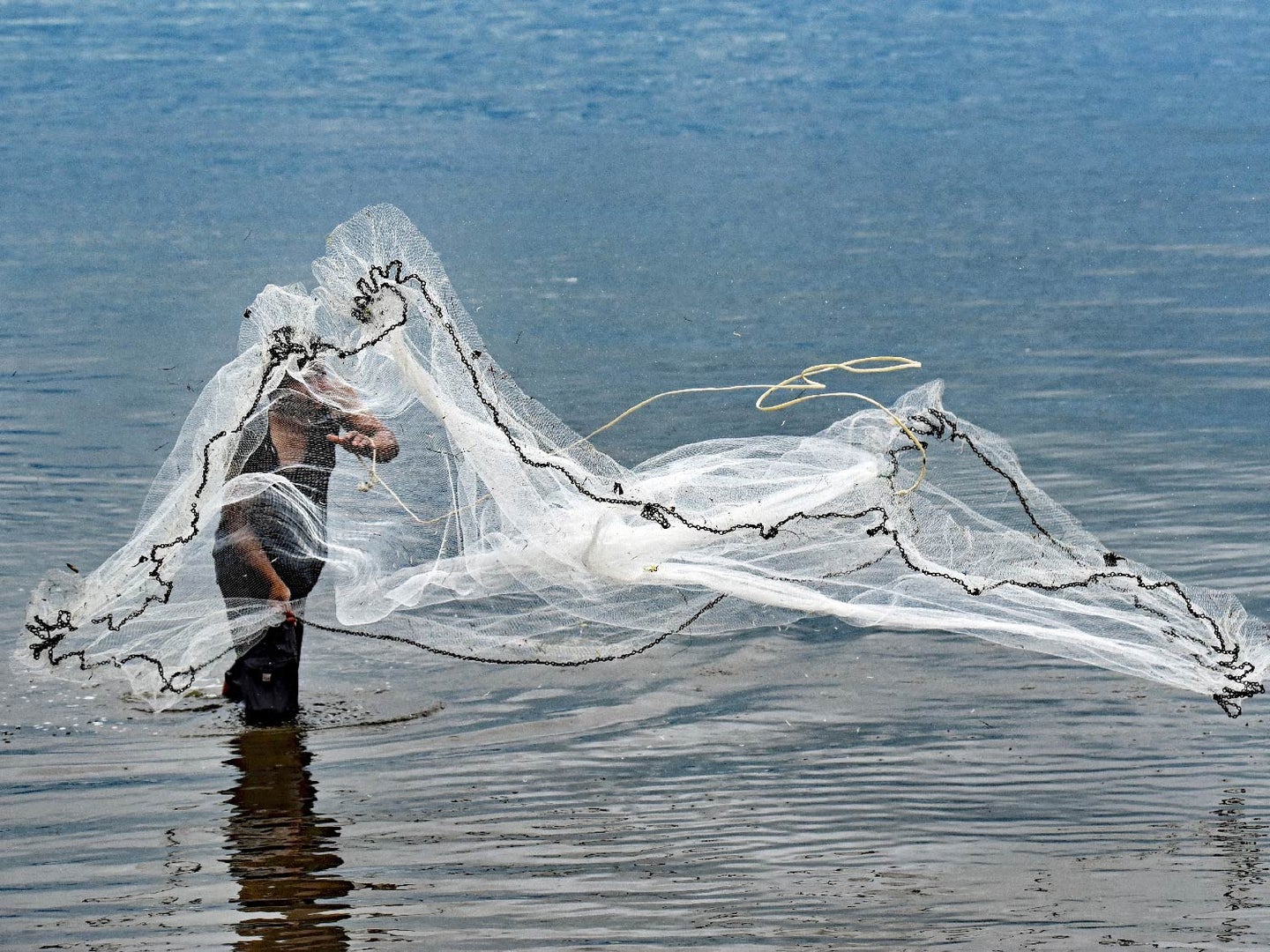 If you’ve ever tried to throw a cast net and ended up with a jumbled mess at the end of your rope, you know how difficult it can be. Love them or hate them, though, cast nets give you the ability to catch lots of good bait fast. Doing so gives you more time out on the water fishing for the big ones you are really after. To choose the right cast net, consider three important factors—how big of baitfish you are after, the depth of water they will be in and how big of net you can realistically handle.

Shipped in a handy bucket for storage when not in use, this net’s 5/8-inch mesh is designed for catching medium to large baitfish. Bett’s

The size of baitfish you’ll want to catch will depend on several factors. The species of fish you are after is an important consideration for this, but some species, like freshwater stripers, can prefer a different size bait on different days. Cast net mesh sizes range from about 3/8 of an inch all the way up to an inch or more. Obviously, if you want to catch small baitfish, you’ll want to get a cast net with smaller mesh. Large bait can be caught in either. Consequently, nets with small mesh are the most versatile, since they allow you to catch baitfish in a wider variety of sizes.

This somewhat heavy net with small mesh will fall at a medium pace. Goture

The depth of water you plan to catch your bait in is also important to your cast net selection. If you are catching bait in shallow water, the speed with which your net falls isn’t very important. But in deeper water, a slower-falling net can allow baitfish to swim out from under it and reduce the number you catch with each toss. Fall rate is determined by the size of the mesh and how heavy and close together the weights are along the “lead line,” or outside perimeter of the net. Heavier nets with large mesh fall faster, while lighter nets with smaller mesh fall more slowly. Choose which one works best for the water depth where you intend to use your cast net.

This 6-foot net will cover a 12-foot circle when thrown correctly. Super Pro

As mentioned before, learning to properly throw a cast net can be quite a chore. It’s even more difficult if you get a net that is too big for your skill level. Nets range from about 3 feet all the way up to 10 feet or more. The measurement is taken from the center of the net to the lead line, so a 7-foot net will cover a 14-foot circle when thrown correctly. Smaller cast nets up to about 6 feet can be thrown by just about anyone after a little practice. But it takes a bigger, stronger person to throw a very large net. Throwing a big net will also take a toll on you physically, as it can turn into work after a dozen or so tosses.