Rep. Jason Chaffetz of Utah will not rescind support of the controversial H.R. 622 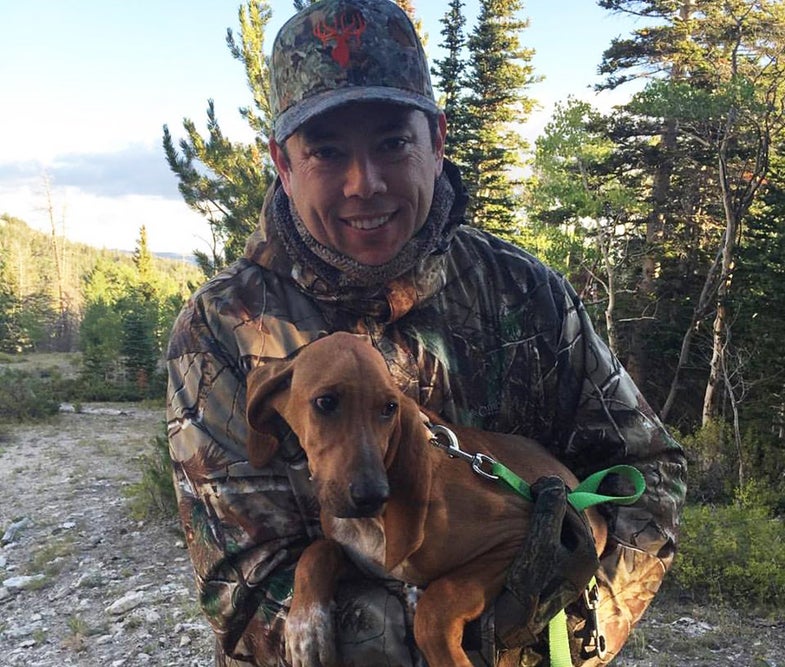 Last night, Rep. Jason Chaffetz of Utah announced, in Instagram and Facebook posts, that he is withdrawing H.R. 621, a bill that calls for selling more than 3 million acres of federal public lands in 10 Western states.

In the posts, Chaffetz, dressed in camo and holding a dog, claimed that he is a proud gun owner and loves public land. “The bill would have disposed of small parcels of lands Pres. Clinton identified as serving no public purpose,” he wrote, “but groups I support and care about fear it sends the wrong message. The bill was originally introduced several years ago. I look forward to working with you. I hear you and HR 621 dies tomorrow.”

He concluded the posts with #keepitpublic, a popular hashtag among public-land supporters.

Field & Stream has obtained Chaffetz’s official letter to Rep. Rob Bishop, chairman of the House Committee on Natural Resources, withdrawing H.R. 621, which you can read below in full. In it, Chaffetz writes, “I want to be responsive to my constituents who enjoy these lands. I look forward to continuing to work with stakeholders in the broader public lands discussion in a collaborative manner.”

News of the bill earlier this week sparked heated reactions on social media, with outdoorsmen unified in their condemnation for Chaffetz’s reintroduction of the measure.

In response to Chaffetz’s withdrawing H.R. 621, Whit Fosburgh, president and CEO of the Theodore Roosevelt Conservation Partnership, told Field & Stream via email that the bill is by no means the most egregious attempt to sell public lands and restrict hunting and fishing access. “Our work is not yet done,” Fosburgh said. “Sportsmen and women need to continue to hold lawmakers accountable, because there will be others who deserve to take the heat like Chaffetz did this week.”

In tandem with H.R. 621, in late January, Chaffetz reintroduced another equally controversial public-lands bill, H.R. 622, which would strip the Bureau of Land Management and the Forest Service of their law-enforcement functions.

This morning, members of Chaffetz’s office told Field & Stream that, though the congressman will withdraw H.R. 621, he will not rescind support of H.R. 622. When asked to comment further, a staffer directed Field & Stream to a March 2016 press release, in which Chaffetz is quoted saying that federal agencies do not enjoy the same trust and respect as local law-enforcement agencies. “This legislation will help de-escalate conflicts between law enforcement and local residents while improving transparency and accountability,” Chaffetz said in the statement. “The BLM and U.S. Forest Service will be able to focus on their core missions without the distraction of police functions. This is a win all around.”

In the wake of today’s news, Land Tawney, president and CEO of Backcountry Hunters & Anglers, applauded sportsmen’s response to H.R. 621, which, he said, forced the congressman to abandon the measure. “Now he needs to kill H.R. 622, the Local Enforcement for Local Lands Act, which would eliminate hundreds of critical law-enforcement jobs with the Forest Service and Bureau of Land Management,” said Tawney in a statement. “Our law-enforcement officers are on the front lines of conservation and already do more with less. Let’s give them the resources they need to do their jobs.”