Everyone misses on occasion. How you handle yourself in the wake of a humiliating whiff is a skill to be refined 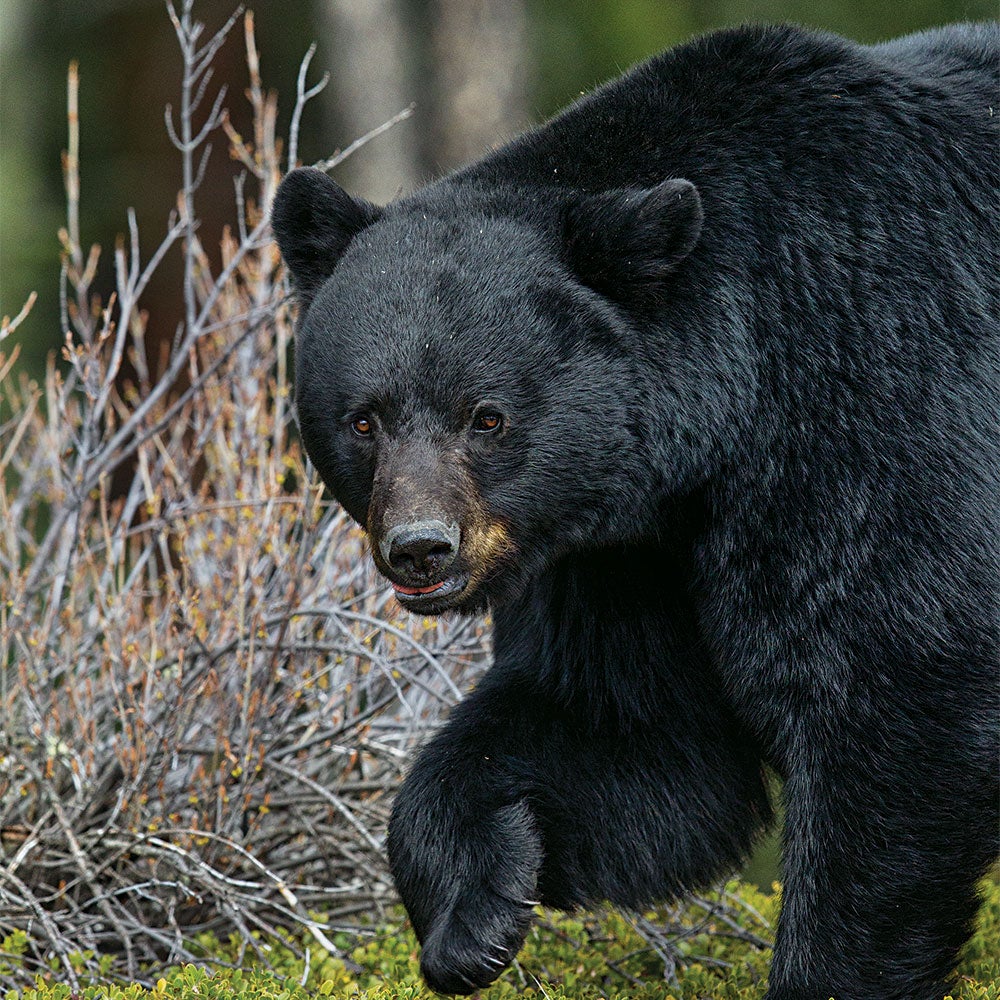 You already know how not to miss. The pages of F&S have detailed the mechanics of improved shooting through form, repetition, and practice so thoroughly that you really have no excuses for missing anything ever again.

Thing is, I’ve not only read all of that myself but have also had a hand in writing some of it—and I still miss on occasion. I see other people miss too, including some very experienced hunters. So, maybe along with the advice on breathing and trigger control, what’s really needed is advice on how to deal with missing, and how to console a companion who’s melting down after a whiff. This is your guide.

How to Handle Misses Among Friends

Try to miss only when you’re alone. But you’ll be hunting with someone much of the time, and that’s one reason why it’s important to have good buddies. My friends react to any shot I miss with ferocious ridicule and taunts, but they expect the same from me.

One winter, my buddy Miles and I were hunting does in Tennessee. En route to the stand, we spied a pair picking in an old pasture, 200 yards away. Miles is a hunting consultant and guide who has traveled the world in pursuit of big game. Yet on that particular day, it took several shots and a hellfire of cussing to finally bring one of those does down.“I thought you did this for a living, Miles,” I said.

“Me too. Not sure what happened.”

I texted several buddies with the good news, and we dubbed Miles “Tennessee Lead Slinger.” He owned it like a man.

The following season, during that same annual hunt—and in the same old pasture—​I sneaked up on a group of does. All I can say is that pasture is a good place to miss, and there was no hiding the sound of my .308. I was picking up empty brass when Miles texted from the other side of the farm, asking what I’d killed.

Miles isn’t an emoji kind of guy, but he replied with “loudly crying face,” which is meant to convey “laughter from overwhelming joy.” He followed that with: “Aren’t you the hunting editor of Field & Stream magazine?”

I’d as soon hunt with Miles as anyone, and so it’s fine for us to bat that karma back and forth. We always part ways to the stand with: “Remember what happens if you miss.”

How to Handle Misses in Front of Strangers

One of the real hallmarks of a solid marriage is learning to fart and be comfortable after a bowl of soup beans. But you’ll never get there by fixing a pot of beans on the first date. In the same vein, a catastrophic miss can be just the ticket for building a relationship, but be careful about razzing the hell out of strangers. It’s a process.

Last June, I was bear hunting in British Columbia, and the very first bear we saw on the first afternoon was a big chocolate boar. Color-phase bears are somewhat rare in B.C., making this one an exceptional trophy. He was lumbering our way, up a logging road at 100 yards. Chad Miller, my guide, was standing to my left. “You’re going to have to shoot him head-on in the chest, before he gets too close and spooks,” he said.

Shawn Skipper, who works for Leupold and had outfitted me with a very nice VX-6HD riflescope to use on the hunt, was standing behind me to my right, filming with my camera. I slipped the safety off, put the crosshair on the bear’s chest, and blew a softball-size divot into the shoulder of the logging road without touching the bear.

There was no denying the miss (I tried), with two witnesses and high-­definition video to boot. The mood for an hour afterward was somber, with promises like: “Plenty of bears around, man. We’ll find another one.”

What I needed was a friend to call me a trigger-yanking idiot. But I didn’t really know these guys yet. As we poked along another logging road, Skipper turned to see me checking the turrets on my scope and talking aloud: “Had we not just finished shooting at the range, I’d wonder…”

“There’s nothing wrong with that scope, Brantley,” he said. It was a sign of progress.

Just before dark, we topped a small rise to see a brute of a black bear feeding on the side of another logging road. This time I put the crosshair on the bear’s shoulder, held steadier, squeezed the trigger, and dropped the bruin where he stood. As we took pictures in the fading light, Miller said, “He’s one of our biggest bears of the season, but you still ruined my life missing that chocolate one.”

“Mine too,” Skipper added. “Just think, if Brantley had held it together earlier, we could be rolling up into camp with a big chocolate bear for him, and this giant for me. But that’s OK. We had to let him just keep shooting till he hit one, or we’d never have seen the end of his pouting.”

I spent the rest of that week riding in the back seat of Miller’s truck, glassing logging roads and hoping for a giant bear to step out for Skipper. At least once every couple of hours, one of those guys would mention about how nice going fishing would be, but we couldn’t because of the “inconsiderate, bear-missing bastard in the back.” Skipper, in fact, ended up going home without a bear—one of the only ones in camp to do so—and he’s never let me forget that. And one time I called up Chad Miller for some tips on field-judging bears and he said, “I’ll give you a tip: When they’re huge and standing right in front of you, don’t miss them!”

You always hope to get to that point when you miss in front of strangers.

Know When to Shut Up

You wouldn’t think grown men would tease a new hunter to the point of tears over missing a deer, but I’ve seen it happen. It’s not hard to spot the mean-spirited jokesters, and there’s no reason to waste time hunting with them. But if you’re stuck with them, ignore them, even when they miss. Save the teasing for people you like.

And even with people you do like, there are times when it’s still prudent to not say anything. A few turkey seasons ago, I was hunting with my wife, Michelle, and we called a gobbler right to our decoy. She missed him twice. It was the second bird she’d missed that spring, and Michelle doesn’t usually miss turkeys.

She fished two shells out of her vest and shoved them into her gun without saying a word. I should’ve resisted the urge to talk. But instead, I said, “It’d probably be good to run out to the gun range, set up some cans, and—”

“Oh, did you spit out your mouth call?” she asked softly. “You should put it back in, so you aren’t tempted to talk again before we get back to camp. I watched you miss a turkey last week, and I didn’t say anything about the little tantrum you pitched. Just let me have my moment and shut your smart trap.” Noted.

We didn’t speak of the miss anymore, and we doubled on two big longbeards the next morning. I sometimes have difficulty recognizing those moments when it’s best for me to just shut up—but I’m getting better. Mastering any shooting discipline, including the art of silence, requires practice and repetition. Since everyone I hunt with still misses on occasion, there are plenty of opportunities to improve.

The Winchester XPR I used in British Columbia is, to my mind, a modern classic hunting rifle at a blue-collar price. It’s one of the best values going in bolt-actions and in addition to that big bear, I’ve used them to tag moose and several whitetails. Of course, if you’re shaking like a cat passing a peach pit when you pull the trigger, an XPR will miss same as the rest of them. But I’ve never had a single problem from one that I could blame on the gun. By my best count the XPR is available in more than two dozen configurations, and in calibers ranging from .223 to .338 Win Mag (and including .350 Legend for deer hunters in straight-wall cartridge states). —W.B.