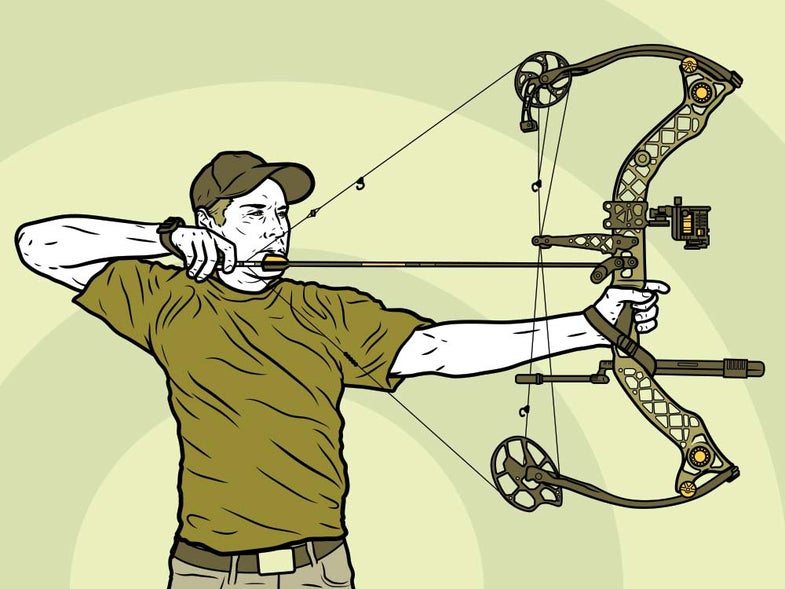 Most competitive archers will tell you that to be really accurate, you need to fire the bow with back tension or at least a surprise release. But most bowhunters tpunch the trigger when the sight picture looks good—and we’ve all been told that’s the wrong way to shoot.

But not by Gold Tip’s Tim Gillingham. “Don’t let anyone tell you that punching is a negative,” says the pro, who’s won every major 3D championship multiple times doing just that, though he calls it ­“command-style” shooting. “It can work really well in competition, and I think it’s the only way to shoot for hunting. A surprise release assumes you can hold perfectly steady on a stationary target, but that’s just not practical in the field.”

In other words, you don’t have to change how you shoot. You can keep your current technique and shoot lights out with Gillingham’s practice regimen. 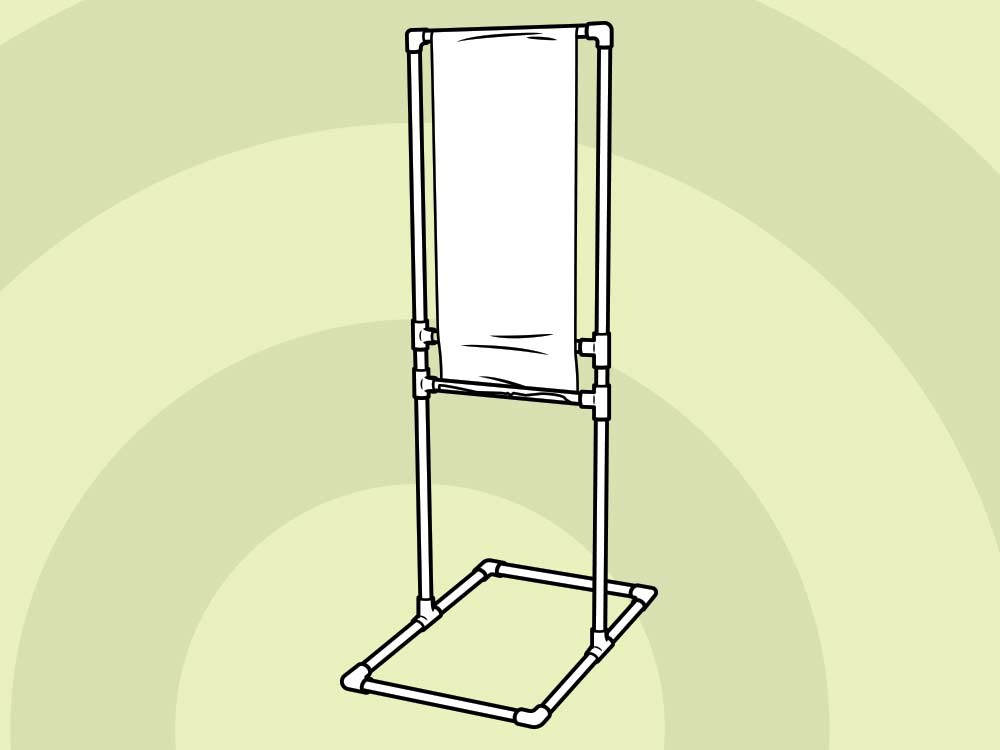 Start by paper-tuning your bow until you are consistently getting perfect bullet holes. But don’t put the paper-tuning jig away just yet. Instead, set it out at 5 yards (with a target behind to catch the arrows) and take 20 careful shots, paying close attention to your form. Plan to make this part of your regular routine throughout the summer. “You need to learn how to shoot your bow consistently, and the paper gives you feedback on every shot,” says Gillingham. A bad tear means you need to make an adjustment in your form or release. “Over time, you learn the feel of a perfect shot and can repeat it.” 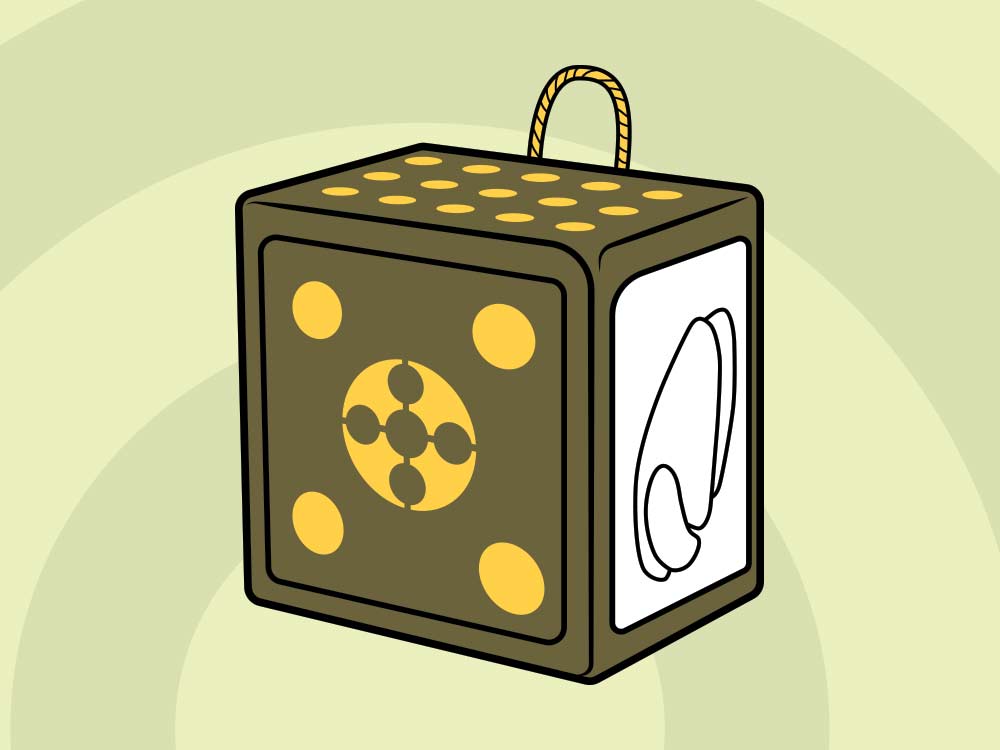 Next, put a target out at 10 to 20 yards and aim at a single dot or square. “It’s not possible to hold the pin perfectly still on that mark, so concentrate on slowing it down,” says Gillingham. Lay your finger lightly on the trigger, focus on the middle of the dot, and fire the moment the pin passes over the center. “For me, the key to slowing the pin down is keeping tension on the rear of the shot—about 30 percent push and 70 percent pull.” Slight adjustments to your ­stabilizer weight, D‑loop length, and even draw length can also help slow the pin down. Experiment until you get it just right. 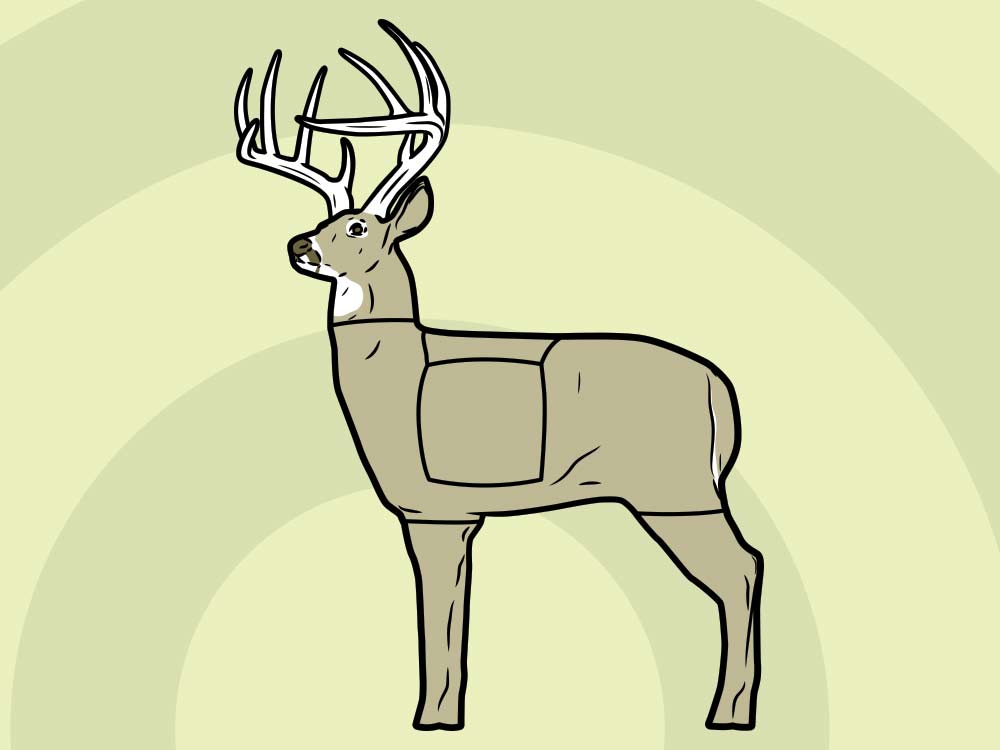 Switch to a 3D buck ahead of hunting season.

Start moving the target back 10 yards at a time. Visualization becomes critical now. ­Before and after each shot, let your mind’s eye see a vivid picture of the pin moving slower, slower, then touching the center of the bull—and thunk, perfect shot. “If you consciously decide to shoot, you’ll anticipate the shot, which is the kiss of death. Trust that your body will perform what you’ve visualized, and the trigger will just go off when the sight picture is right. Master that, and you’ll start seeing a huge improvement.” As hunting season nears, switch to a deer target and visualize hitting the vitals instead of a bull’s-eye.