5 Takeaways From My 28-Gauge Dove Opener

What the author learned from starting the season with a "more refined" dove gun, instead of the usual 12 gauge 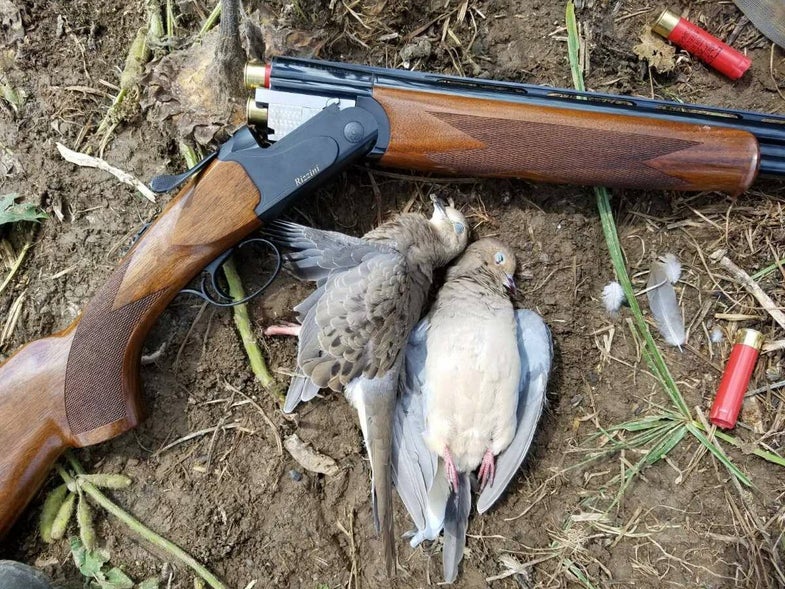 The author killed his limit on the Iowa dove opener with a Rizzini 28 gauge. Phil Bourjaily
SHARE

Having been deprived of a dove season for my entire adult life, the need to catch up drove my choice of dove guns when Iowa finally opened a season in 2011. Usually, in the name of efficiency, a 12-gauge semiauto got the call. And it still will at times in the future.

For opening day this year, however, I went with a 28-gauge o/u that I thought would make a more refined dove gun than the usual 12-gauge autoloader. Springerman3 and I opened the season together starting in a cut cornfield near SP3’s house at about 10:00 a.m.—once the thunderstorms stopped—and finishing our limits within a minute or two of one another at 3:30 in the afternoon on a public area.

Here are my observations, drawn from a sample of 15 doves: