Petzal picks his favorites, from Ruark and Capstick to Aagaard and Boddington 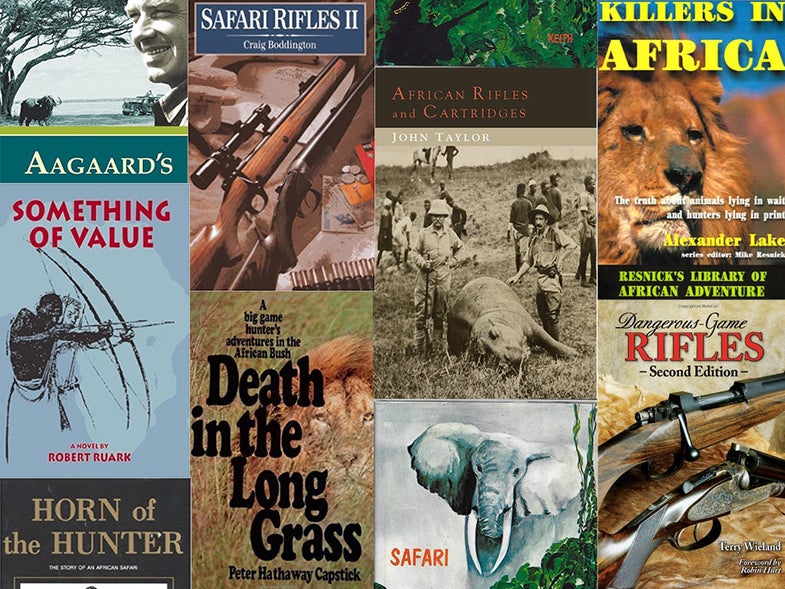 I have been asked what are the best books on Africa hunting. This is a tough question. There are thousands of books on African hunting, starting in the 1860s and dating to the present. I have not read them all.

Here is Kenya and Tanganyika (before it was Tanzania) in the early 1950s, and no hunting like this has existed for nearly 50 years. Ruark stands alone as a writer; he is as irresistible today as he was half a century ago.

This is a novel, and is about the Mau Mau uprising, but in it is much about Africa and safaris and hunting. If you start it, you can’t put it down.

Another book from the early 1950s. Lake was a South African PH who roamed the subequatorial part of the continent. He was rather like Peter Capstick years before there was a Peter Capstick.

Finn, who left us in 2000, was one of my favorite people. He was a spellbinding writer and story teller, and an honest man.

Pondoro, as he was called, was a PH and ivory poacher who hunted for 30 years in an Africa that was not yet completely explored and mapped. His book was published in 1948. Taylor’s experience was beyond our comprehension. I give you this excerpt without comment: “I’ve had five of these rifles [.375 H&H]—two doubles and three magazines—and have fired more than 5,000 rounds of .375 Magnum at game. One of them accounted for more than 100 elephant and some 411 buffalo, besides rhino, lions, and lesser game.”

This is the second edition, published in 2009, and is the go-to reference for the subject. In addition to having over 100 safaris under his belt, Craig is a fair, honest, and accurate reporter, with more experience on this continent than any five other writers. If you’re going to Africa and don’t read his book first, you deserve to find dung beetles in your cot.

The first edition sold out, so Terry revised and updated it, and the second edition was published in 2009. Like Safari Rifles, this is a definitive work. Terry is an African hand of nearly 50 years’ experience who writes exceptionally well, and in particular on how machinery works—or doesn’t.

In 1957, Elmer made a safari to Tanganyika with a PH named John Lawrence. As it turned out, it was his only safari, and in 1968 a rich admirer of his financed a book about it. The book is a hoot. Ol’ Elmer was a gifted storyteller, (On lion hunting while suffering from dysentery: “The rifle backfired, and so did I.”) and it’s well worth a read. The bad news is that not many copies were printed, and decent ones are now $200. But if you can find one…

Many PHs try their hand at books. Better they didn’t. Peter was not much of a hunter, but whatever he lacked in that department he more than made up for as a writer.