Pemmican is one of those antiquated foodstuffs–like bannock and hardtack–that I’d figured was the stuff of history books. Then I... 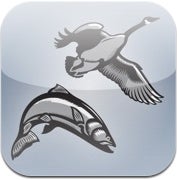 Pemmican is one of those antiquated foodstuffs–like bannock and hardtack–that I’d figured was the stuff of history books. Then I tried an updated version.

Essentially a mix of dried meat, berries, and animal fat, pemmican literally fueled westward exploration and expansion in the New World. This means it is easily up to the task of fueling a morning hunt. Here’s a 21st-century version that’s a snap to prepare. Make plenty because these pemmican balls are as tasty to eat as they are unappetizing to look at. –T. EDWARD NICKENS

Cook the meat using a dry-cook method–roasted uncovered for an hour, or dry-smoked until well done. Using the coarse blade on a meat grinder, grind the meat. Combine the ground meat with all other ingredients. Change to the fine blade on the grinder, and run the mixture through again. Form it into golf ball-size globs and wrap them individually in aluminum foil. Store them in the freezer. (Adapted from The Venison Cookbook by Eileen Clarke, Voyageur Press, 1996.) Like jerky, pemmican is a basis for endless variation. Although this recipe holds together well, you can substitute a few teaspoons of honey or peanut butter to achieve the binding effect of the animal fat. For a more regional interpretation, replace the raisins with any other seedless dried fruit–tart cherries, cranberries, or local fruits such as Saskatoon berries or blueberries. Dried onions, sunflower seeds, or nuts add a different flavor.