Soldiers will get a new rifle and round, but the Army’s small-arms acquisition record is hit and miss 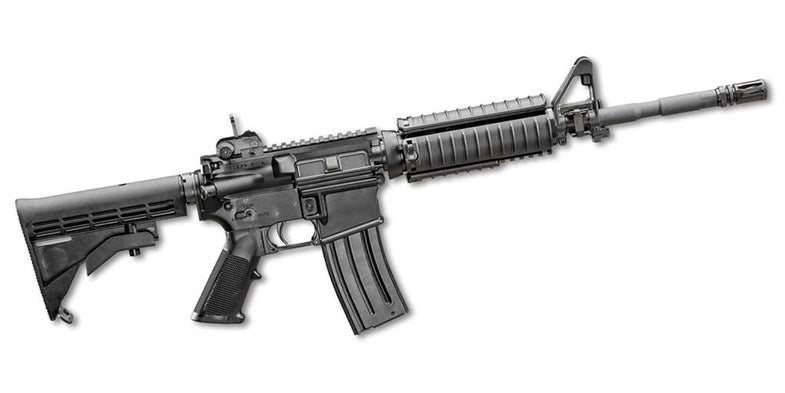 The United States Army has committed itself to replacing the M4A1 carbine and the 5.56mm round with a brand-new rifle and Squad Automatic Weapon (SAW) chambered for a mysterious new cartridge whose bullet diameter is 6.8mm, or .277. If that diameter seems familiar, it’s because the .270 Winchester, which is .277, came out in 1925.

I wish the Army well. Looking back on its small-arms acquisition program, I think they could use some luck. Or competence. Let’s look at the record.

In 1873, the Army adopted the Colt Model 1873 .45 revolver, which did very well. So well, in fact, that when the Army scrapped it for the woefully inadequate .38 Special during the Spanish American War, the Army had to bring it back.

They also adopted the Model 1873 Springfield .45/70 musket and carbine. With 30 years of Indian-fighting experience under its belt, during which the importance of rapid fire had been proven, the Ordnance Board opted for a single-shot whose worth, or lack of it, was later proven at the Little Big Horn. One of the officers who sat on that Ordnance Board was Major Marcus Reno, who later sat on a hill in the Greasy Grass Valley, watching Sioux and Cheyenne warriors with lever-actions pour fire into his position as his troopers struggled with their single-shot Springfields.

When the Spanish American War broke out in 1898, Americans were armed with 1873 Springfields, and the .30/40 Krag-Jorgensen, a strange bolt-action that lasted in our inventory for only 12 years. They were opposed by Spanish soldiers armed with Model 1893 Mausers firing smokeless 7x57mm cartridges.

In 1903, the Army adopted the Model 1903 Springfield, which was superbly accurate. It had a long run, lasting through the Korean War as a sniper rifle.

Eight years later, the Model 1911 handgun was adopted. It is the most successful military sidearm ever made, and is still in service in some elite units. It was replaced in 1985 by the Beretta M9 a pistol that was, by all accounts, inferior. The M9 has just been replaced by the SIG M17, which by all accounts, is terrific.

In 1936, the Army adopted the M-1 Garand, which was issued by the millions in World War II and Korea. Despite its weight and small magazine capacity, it is a superb weapon, and marks the last time American infantrymen went into battle with the best rifle around. It was rendered obsolete eight years later, although no one recognized it at the time, by the German Sturmgewehr 44, the first assault rifle.

We also adopted the M1 Carbine which, despite numerous flaws, was issued from 1942 to 1973. The Browning Automatic Rifle (in issue from 1917 right up until the early 1970s) was intended as a light machine gun. Like the M1 carbine, it was flawed, but saw a great deal of combat. It was supposed to be replaced by a full-auto version of the M-14, which proved to be unmanageable on automatic fire.

Despite the fact that the Army was aware of the Stg 44 and the AK-47, which was derived from it, the replacement for the Garand was the M-14, which was an improved Garand. The M-14 lasted as general issue only from 1959 to 1965, when it was replaced by the M-16. It remains in use by color guards and Designated Marksmen.

In 1965, the Army and Marines adopted the M-16. The rifle, and its introduction in the field, were a disaster for whom numerous officers should have been court-martialed, but weren’t. If you’re interested in the particulars, read The Gun, by Chris Chivers. By dint of massive modifications, the M-16 morphed into our longest-serving infantry rifle.

In World War II, we expended 25,000 rounds of ammunition to hit one enemy soldier.

During the Korean War, the figure climbed to 100,000 rounds.

In Vietnam, where full-auto fire became common, it was 200,000 rounds. We can’t be sure of this one, because in Vietnam, our enemy-casualty figures were often wildly inflated.

For Iraq and Afghanistan, it’s 300,000 rounds. According to more than one source, we’ve had to buy small-arms ammo from Israel because American manufacturers can’t keep up.

So, when I read that the Army is going to develop something that will be super-accurate, stop bad guys in their tracks even at long range, defeat all known body armor, and be lighter and more reliable than anything in any army’s inventory, I say yes, maybe. We’ll see.