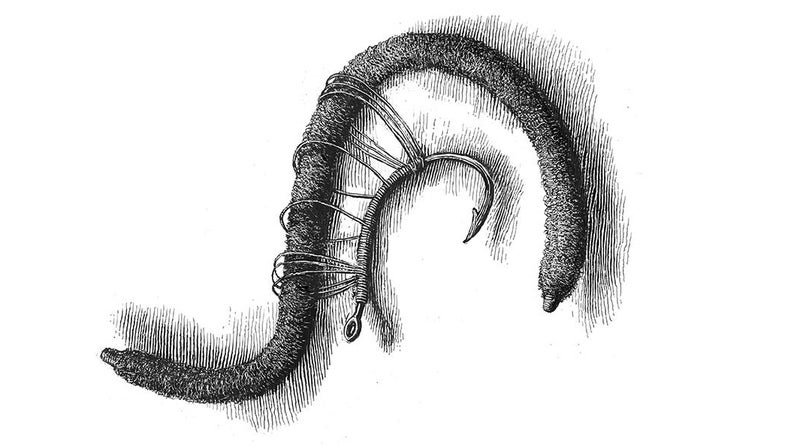 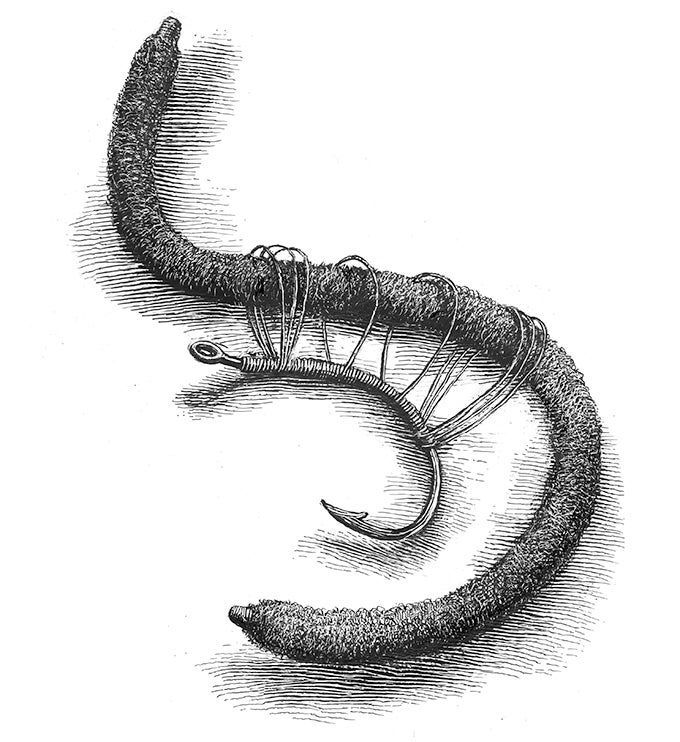 1) The Classic Recipe
San Juans are so easy to tie, even a novice at the vise can knock out two dozen during an episode of Jeopardy!

Cover the shank of a size 8 to 14 scud hook in a thread color that matches the chenille you’re using. Clip the chenille to your desired length and secure it near the bend with three close, tight wraps. Next (depending on the hook’s length) make two to four wide, tight wraps forward toward the eye. Anchor the chenille down again with three more tight thread wraps. Whip finish (or add a drop of superglue), and graze the ends of the chenille with a lighter or match to melt and taper them.

Wiggle Meter: The right hook placement and body length for your desired shimmy

2) Short Body, Centered Hook: A short, compact San Juan shines for small trout in small streams. It gives the fish less to nip at, allowing them to suck up the entire morsel in one shot.

3) Long Body, Centered Hook: The more body length on either side of a centered hook, the more the worm will flap and wave in the current. The added movement is a plus in stained water.

4)**. Long Body, Forward Hook:** This worm style has the most wiggle of all. Since it won’t fold over as it’s being pulled, the fly can be drifted or stripped. This fly is tops for steelhead and big browns.

Alternate Endings: Material tweaks for the worm tier or buyer