How I Fish: Doug Hannon

Believe it or not, I caught my first largemouth bass when I was 21 years old. I didn’t know anything... 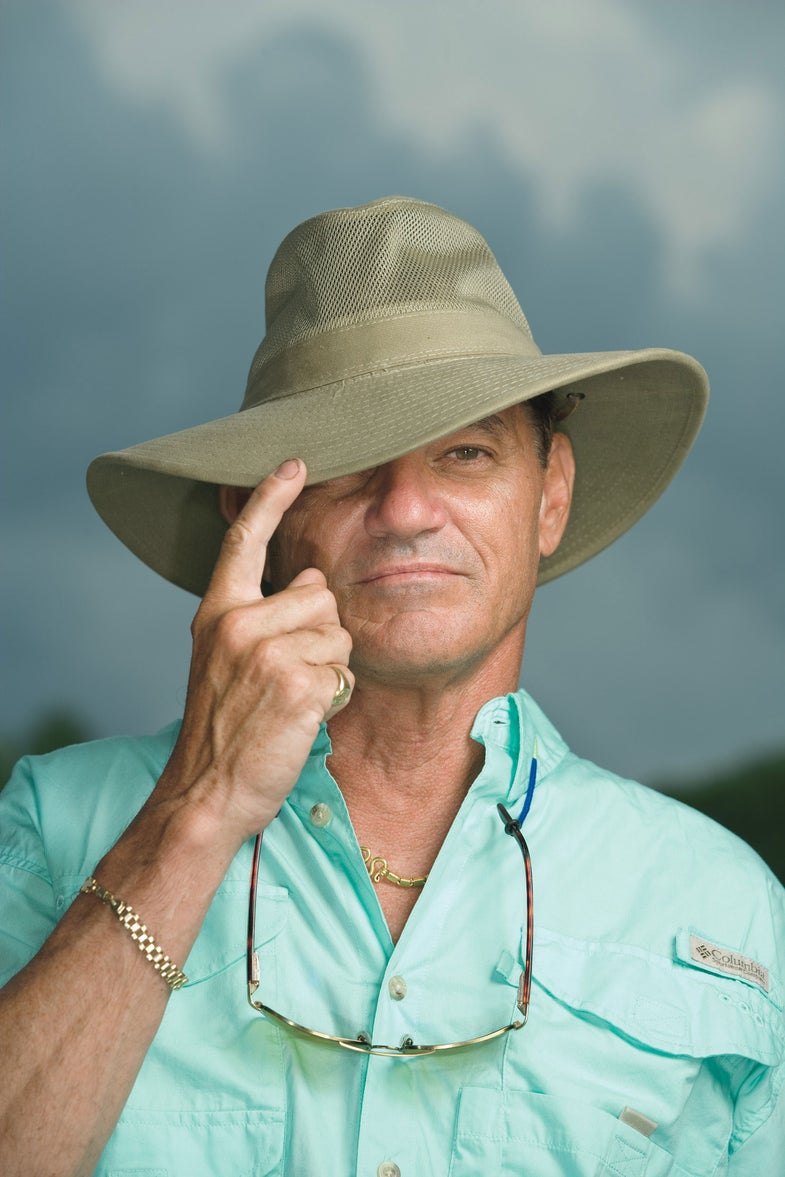 Believe it or not, I caught my first largemouth bass when I was 21 years old. I didn’t know anything when I first started bass fishing, but I studied psychology and behavioral science in college, and that taught me how to ask questions. I became ana-lytical about fishing.

Pursuing big bass became a passion of mine. The first thing I did was hire a guide who guaranteed a 10-pound bass, because I knew I could learn from him. I also called an outdoors columnist and asked him about every bass over 15 pounds that he ever reported on and about the guys who caught them. Then I spoke with those anglers and found out every circumstance around their catches. The biggest thing those fish had in common was that they were all caught in 6 feet or less of water. That blew my mind. Now I knew where to fish, and where not to fish.

In college I made a lot of money playing guitar in a rock ‘n’ roll band called the Palace Guard. We opened for the Lovin’ Spoonful and the Animals. I never had to get a job except when I wanted to. That’s how I became a dreamer and an inventor.

So many of us think fishing is about the angler being the one who beats up on the fish. Fishing is about a role reversal. You have to be able to be the submissive, vulnerable thing that gets caught and make the lure pretend it’s scared. Leave the aggression to the fish, and you’ll catch more bass.

I like fishing after the spawn best–in the late spring and early summer. The fish will attack anything, and all of your different lures and presentations work because the fish are so aggressive.

The secret to catching big bass in cover is to fish in and around the heaviest stuff with a large lure, and work the lure so it causes a commotion in the weedbeds and is easy for the fish to find.

A 15-pound largemouth bass is doing all the right things to get that big. A 5-pound bass is just plain stupid.

I fish out of a maverick skiff. The classic bass boat is too heavy and cumbersome for most of the fishing that I do–like a NASCAR vehicle is ill suited for the streets.

I don’t think there is a world-record bass in Florida. If it happens, and I think it will, it’ll happen in California, Texas, or Mexico. It’s important to be honest about this catch. George Perry’s record has lasted more than 70 years, and to be quite honest, it isn’t real. The first [certified] 20-plus-pound bass [since Perry’s fish] was Dave Zimmerlee’s 20-pound 15-ounce largemouth caught in California. His fish was 26.75 inches long with a girth of 28 inches. Perry claimed [his 22-pound 4-ounce bass was] 32.5 inches long with a girth of 28.75 inches. It is preposterous to assume that adding almost 6 inches in length and 3⁄4 inch in girth would only add about 1.3 pounds. The fact that no pictures were taken and that no parts of the fish ever survived the fish fry is telling as well. Perry’s fish was probably 13 pounds.

I don’t like to just crank a lure back to the boat. I bounce it, stop-and-go jerk it, or slow down my retrieve. Predation is an optimistic instinct. A fish looks for that one reaction from the lure that tells him it’s real. When you can repeatedly change the action in a short span of time if he follows your lure, it’s likely that the fish will interpret one of those changes as a reaction to his presence and strike.
**
V8 juice is my favorite snack on the boat.** It’s like food, plus it’s refreshing.
**
A lure doesn’t have to look like a fish.** It has to move like one. Take a spinnerbait: It’s like airline food. It doesn’t look like anything you’d eat, but you still eat it–and you’ll eat it in front of strangers. The same goes for bass and spinnerbaits. When a spinnerbait moves in water, it’s a very natural lure, and that’s one reason it’s lasted so long.

The most important thing I’ve ever learned is to have enough patience and confidence to believe that where you are fishing is where the fish are–and to rely on the fact that when you do get it right, it’ll work.
**
As far as I know,** I was the first guide to insist on catch-and-release with bass. I realized early on how rare the fish are. I always let my anglers have the experience of owning the fish–that’s why I helped develop the chemicals to keep bass alive in a live well. But if someone is against catch-and-release, then there’s a little bit of them that I’m against.

You can’t have your best day of fishing without having one of your deepest disappointments, in terms of a lost fish, and somehow turn that into something positive.