The bass world is abuzz again with reports of a new world-record largemouth bass. But this time the news is... 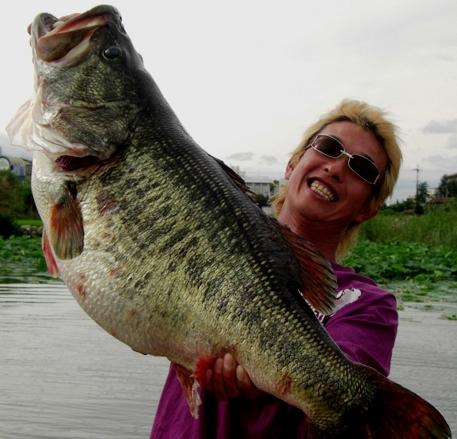 The bass world is abuzz again with reports of a new world-record largemouth bass. But this time the news is not from southern California, where Mac Weakley famously foul-hooked the 25-pound, 1-ounce Dixon Lake behemoth in 2006 and where, it’s been widely assumed, the record was bound to come from. Instead, as we reported late Thursday afternoon, it appears that the new No. 1, a reported 22-pound, 5-ounce giant, has been caught on the other side of the planet by Depps Tackle Co. pro-staffer Manabu Kurita, form Lake Biwa in the Shiga Prefecture of Japan.

If this fish’s reported weight holds up, Kurita’s 29.4-inch giant is 1 ounce heavier than George Perry’s 77-year-old, 22-pound, 4-ounce record. But Perry’s record will not fall; it’ll just have to make some room at No. 1–because International Game and Fish Association regulations require new world records of fish 25 pounds or less to weigh two ounces more than the previous one.

Keep an eye on this page for the latest news on this breaking story, which we’ll post in the links below: