How To Use A “Figure-Eight” Retrieve When Muskie Fishing

An expert's tips for catching fickle muskies right by the boat with the figure-eight finishing retrieve. 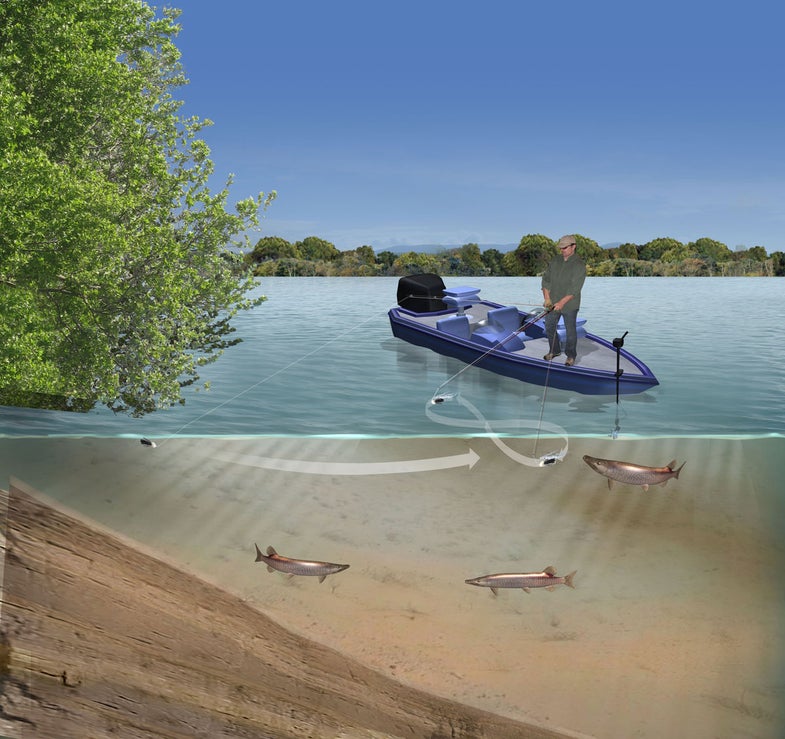 The muskie carries a fearsome reputation for fickleness. But Jim Saric, editor of Musky Hunter magazine (musky​hunter.com) and host of The Musky Hunter on TV, says the way to overcome this tendency is to finish every retrieve with the figure eight.

Get His Number
[1] Cast and retrieve as usual, until there’s 18 inches of line between the lure and the rod tip. [2] Dip the rod tip 6 inches into the water. [3] Draw a complete figure eight. The directional change can incite a reluctant muskie to strike. [4] Keep in mind a monster muskie can come from behind you. You won’t see the fish until it strikes.

The Details
“Muskies, like pike, will follow a lure, but they’re not nearly as aggressive,” Saric says. Essentially, the figure eight is a final enticement performed by the angler just before lifting the lure out of the water for another cast. To help visualize the concept, think of a roller coaster. As you move the lure from side to side, it also moves up and down. That 3-D action can really turn on a fish.

“You don’t want a lot of line out because you’ll lose control of the lure,” Saric says. “Also, be sure to maintain lure speed throughout the maneuver. If you slow down as you make a turn, the blade will stop turning and a fish will lose interest.” Saric emphasizes that you should perform the figure eight on each cast. It needs to become routine so you do it properly every time.

“I’ve seen fish wiggle their tails and flare their gills near the boat, and you can’t help but think Here it comes!” he says. “And what happens is an angler may stop to look at the fish.” Big mistake, as the loss of lure action causes the muskie to turn away.

Try to set the hook across the face of the fish so that it rests securely in the jaw. “The basic idea is to initiate the fight close to the boat to maintain more control over the fish.” But, Saric notes, “Big muskies will do what they do.” Which is why we’re there in the first place.

The Tackle
Saric recommends 8- to 81⁄2-foot St. Croix fast-action Legend Tournament Musky casting rods (stcroixrod.com). The longer length lets you cover more water and helps reduce erratic upper-body movements that can spook fish. As for reels, he’s partial to St. Croix Avid baitcasting reels spooled with 80- to 100-pound braided line. “You have the opportunity to hook a 50-pound fish. This is no time for light line.”