States have symbols: bird, flower, tree, and so on. Last year the Utah legislature was the first to name an... 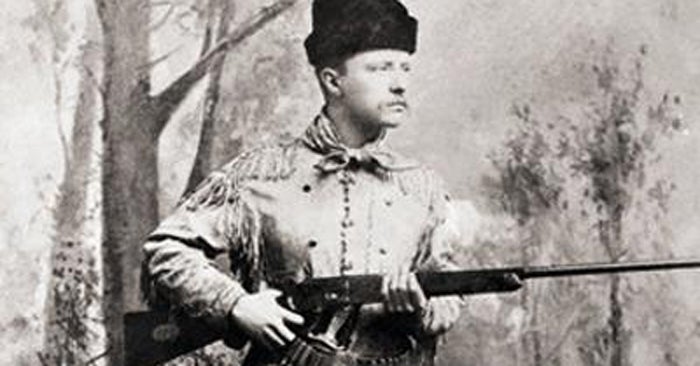 States have symbols: bird, flower, tree, and so on. Last year the Utah legislature was the first to name an official state gun: the 1911 pistol. Arizona followed with the Colt Single Action Army revolver. This year Indiana chose the Grouseland Rifle.

I asked readers of the Gun Nut blog to suggest guns made in the U.S. that had some significance to their home states. We got many great answers, then added some ourselves to come up with guns for all 50 states.

**Arkansas – Daisy Red Ryder **
Amer­ica’s airgun has been built in Arkansas since the company moved from Michigan in 1958.

**California – Weatherby Mark V **
No rifle evokes post-WWII America better than the radically styled, high-velocity rifles sold by Roy Weatherby in his California sporting-goods store. Hollywood studios sent their stars to be photographed with his guns.

**Connecticut – Colt 1911 **
We’re overruling Utah and moving this ageless semiauto to where it belongs: Colt and Connecticut, located at the center of the Northeast’s Gun Valley.

**Delaware – Remington Nylon 66 **
In 1959 Remington introduced the Nylon 66, a rimfire semiauto with a stock made of DuPont’s Zytel nylon.

**Florida – Winchester Model 12 **
The versatile Model 12 works on everything Florida has to offer, from vanishing bobwhites to Burmese pythons.

**Illinois – Thompson Submachine Gun **
The Thompson, a.k.a. the “Chicago Typewriter,” was the iconic weapon of Al Capone and G-men alike.

**Indiana – Grouseland Rifle **
The Grouseland Rifle—Indiana’s state gun as of March—was one of a handful of rifles made by Vincennes, Ind., gunsmith John Small. Another of Small’s rifles went with William Clark on the Voyage of Discovery.

**Kansas – 1853 Sharps (“Beecher’s Bible”) **
More than 900 of these early breechloaders were sent to Kansas in crates marked Bibles to arm free-soil settlers.

**Kentucky – Daniel Boone’s “Tick Licker” **
Boone claimed he could shoot a tick off the hide of a deer with Tick Licker, the long rifle he carried through the Cumberland Gap into Kentucky in the 18th century.

**Louisiana – LeMat Revolver **
J.E.B. Stuart and other Confederate States Army officers carried the LeMat, designed by Dr. Jean Alexandre LeMat of New Orleans, cousin and business partner of Gen. P.G.T. Beauregard. It was a nine-shot revolver with a second buckshot barrel ranging in size from 28 to 16 gauge.

**Minnesota – Mossberg 500 Trophy Slugster **
Minnesota should get a shotgun and a rifle since the state is evenly split into shotgun and rifle zones, but a state can only have one state gun. The inexpensive, accurate rifled Model 500 wins the coin flip.

**Mississippi – H&R HandiRifle .45/70 **
Mississippi allows single-shot centerfires in its blackpowder season. This classic is the gun.

**Missouri – Hawken Bros. Rifle **
The rugged big-bore rifles built by the Hawken brothers in St. Louis
were made to go West.

**Nebraska – Remington 870 **
Wingmaster Cornhuskers get a corn sheller, perfect for the state’s abundant waterfowl and turkeys.

**North Carolina – M1 Carbine **
While in prison for shooting a deputy during a raid on his still, North Carolina moonshiner David “Carbine” Williams taught himself gun design. Once out of jail, he was hired by Winchester and later invented the M1 carbine. Jimmy Stewart starred in Carbine Williams, based on his life story.

**North Dakota – Model 1876 Winchester **
“I would never have been president if it had not been for my experiences in North Dakota,” wrote T.R., who hunted with an 1876.

**Oklahoma – 12-Pound Napoleon Cannon **
An army cannon shot at noon marked the beginning of seven Oklahoma land runs from 1889 to 1895.

**South Carolina – Jarrett Beanfield Rifle **
South Carolina gunsmith Kenny Jarrett perfected the beanfield rifle—made for shooting deer at long range in the flat fields of the South. Jarrett is famous for taking a hacksaw to barrels if they don’t meet his standards.

South Dakota – Dakota Model 76
This fine bolt-action rifle has been made in the Harley mecca of Sturgis since 1986.

**Tennessee – Poor Boy Long Rifle **
A working long rifle trimmed with iron, not brass, the Poor Boy remained in use into the early 20th century.

Texas – Paterson Colt
Colt’s first revolver armed the Texas Rangers and made them formidable on horseback.

****Utah – “American Browning” Browning Auto 5 ****
Utah-born John Browning declared the first semiautomatic shotgun to be his “greatest invention.” The firearm was made for more than 90 years in Belgium, Japan, and St. Louis.

****Vermont – Remington 7600 ****
This pump-action centerfire is the rifle of choice of many deer trackers, including the famous Benoit family.

****Wyoming – Freedom Arms Revolver ****
This massive hunting revolver—available in some of the biggest handgun calibers—is built in Wyoming.