Back in 1915, firearms designer Arthur Savage stood the shooting world on its nonfunctioning ear by introducing a cartridge that... 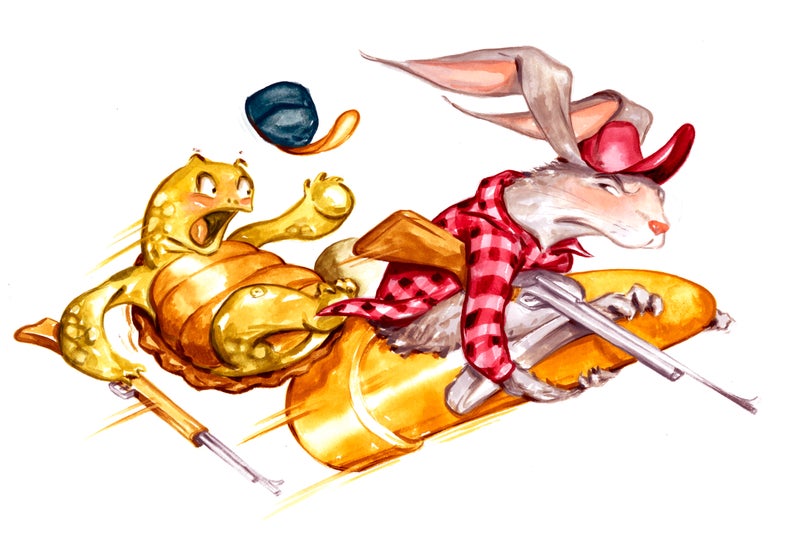 Back in 1915, firearms designer Arthur Savage stood the shooting world on its nonfunctioning ear by introducing a cartridge that sped an 87-grain bullet on its way at the then galactic speed of 3000 fps. Called the .250/3000, it appeared in an era when the .30/30 was considered a red-hot round, and it marked the start of a craze from which we have not yet recovered. With every decade cartridges get bigger and muzzle velocities get higher. Maybe it’s time to ask why.

Sudden Death Shortly after the .250/3000 appeared, stories began to sprout in the pages of outdoor magazines about the unearthly killing power of the little cartridge. A World War I-era Field & Stream described it as sudden death on tigers and other large Indian game. You can kill a tiger with a .250/3000, or with a .22 Long Rifle (and I will come and visit you in prison), but it is a stunt. High velocity by itself does not kill anything, nor does it kill anything faster than standard velocity.

I started out believing devoutly in lots of speed, but 40 years later, having shot creatures of all sizes with just about everything that goes bang, I’ve never been able to find any correlation between bullet speed and sudden animal demise.

For 15 years I hunted whitetails in South Carolina, where you can shoot lots and lots of deer, so I had the ability to draw some valid comparisons. The smallest cartridge I used was the .257 Roberts; in other years I used the .270 Winchester, .257 Weatherby, and 7mm Weatherby. None of them killed anything any faster or deader than any other cartridge.

Magnum Force Not only do super-speed cartridges not kill any faster, but there are distinct disadvantages to them as well. First, let’s consider recoil and muzzle blast. Most of my .338 loads use around 70 grains of powder with 225-grain bullets. This gives me around 2750 fps. My .338 Remington Ultra Mag., with the same bullets, swallows an appalling 93 grains and produces 300 fps more. In a 9-pound rifle, a .338 so loaded produces about 28 foot-pounds of recoil, which is tolerable only to experienced shooters and the criminally insane. The RUM churns out 40 foot-pounds, which leaves you feeling as if you’ve gone five rounds in the Octagon with Chuck (“The Iceman”) Liddell. Muzzle blast also rises proportionately. You can, of course, get a muzzle brake, but that presents its own set of problems.

Second, when you get bullets traveling at 3000 fps and over–these days, way over–even the strongest and slowest-expanding of them makes a mess of whatever it hits unless the shot is long enough to let some of the velocity drain off. If you are a trophy hunter and don’t mind an acre or so of hamburger around the entrance hole, this is not an objection. But if you like wild meat and are disturbed by the waste of same, it is a problem.

Third, barrel life for the super-speed cartridges is considerably shorter than it is for standard-velocity loads. A well-cared-for .30/06 (60 grains of powder per cartridge) will give you about 5,000 rounds of first-class accuracy. Any of the super .30s (80 grains of powder) will get perhaps 1,500 before they start to deteriorate–and the cost of a good barrel, installed, is now about $600.

Why Bother? Given all these drawbacks, why is it that high velocity keeps getting higher, and new and horrific super loads keep appearing? Because nothing makes hitting at long range easier than a good dose of feet per second. If you think you will need to take a shot at 300 yards and over, high velocity is your very best friend. Last winter, I asked Ed Brown and Mark Bansner, makers of top-level custom rifles, what their most popular chambering was. Both replied that it was the .300 Weatherby. Kenny Jarrett’s biggest seller for years has been the .300 Jarrett, a ravening beast of a cartridge, the bullets of which turn the air fuchsia where they pass. These men build guns for trophy hunters who expect to take long shots as a matter of course, and in that arena, speed is king.

In fact, if there is such a thing as the No. 1 high-velocity cartridge, it would be any of the big .30s: the Weatherby, the .300 RUM, the .300 Jarrett, or the Lazzeroni Warbird. Loaded with streamlined 180- or 200-grain bullets, these cartridges are not even getting unlimbered at 300 yards.

However, speed alone will not solve all your problems in hitting at long range. You also need resistance to wind drift and momentum, or the ability to sustain velocity way out there. The way you get it is by going not to light bullets that give the highest initial velocity–but to the heavier slugs in a given caliber, and to bullets that are streamlined.

For example, if you have a 7mm magnum, you want 160-grain bullets in preference to 140- or 150-grain, and if your rifle is one of the real 7mm monsters, you may find that 175-grainers are the way to go. In .30 caliber, you should look for nothing lighter than 180-grain, and so on. As for bullets, you want sharp points (preferably polycarbonate) and boattails, both of which increase the ballistic coefficient of a slug. For example, much as I love Swift A-Frames, they are not particularly aerodynamic, and I would prefer Swift Sciroccos if long range were in the equation.

The truth about high velocity is that it is a mixed blessing. But when your target is a dot in the distance, it is the deadliest thing since the cholera.

PETZAL’S RULES OF THE RANGE: AN UNTROUBLED MIND
Recently, I pulled targets for a women-only rifle match, shot prone at 100 yards with .22s. One of the two perfect scores turned in–a 100x4X–was shot by a competitor who had never fired a rifle before. She went into the contest with nothing to prove, no reputation to uphold, no preconceptions, and simply did what she was told, no more and no less. We can all benefit by her example.–D.E.P.