During the prosperous ’90s, the excellent long-range killing power of tungsten pellets won over many hunters, and not just those... 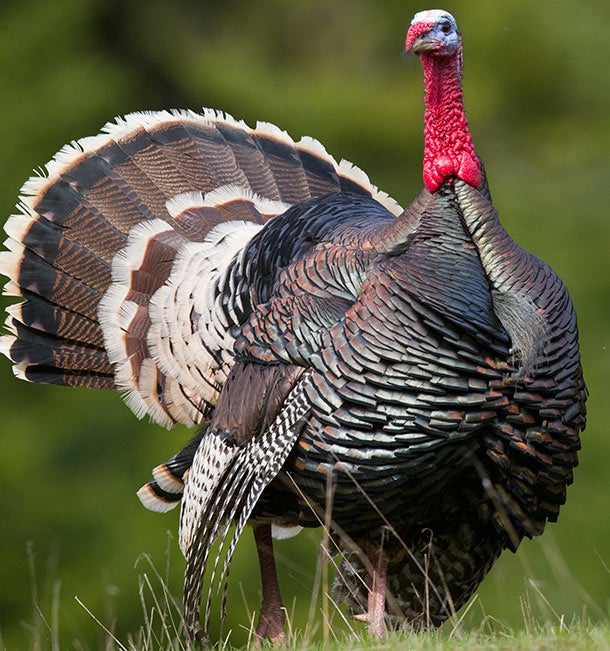 During the prosperous ’90s, the excellent long-range killing power of tungsten pellets won over many hunters, and not just those who had to use nontoxic shot. Back then, shells that cost $2 to $3 each almost seemed like a good bargain in return for more one-shot kills and a few yards of added range. However, hard economic times and the rising price of tungsten, due in part to demand for tungsten touch-screen parts, mean few hunters–even turkey hunters who fire only two or three shots a year–will pay for the shells anymore at the current cost of as much as $5 to $6 apiece.

Fortunately, Winchester Long Beard XR offers near tungstenlike bang for way less buck, and Rio Bismuth allows old guns back in the blind for those who can’t afford pricey nontoxics.

Winchester Long Beard XR
Winchester takes an innovative approach to improving lead performance by encasing an entire charge of copper-plated lead No. 4, 5, or 6 pellets in an epoxy-like Shot-Lok compound that shatters when the shell goes off. It serves the same function as ground-plastic buffer, but it works much better. The fragments cushion the pellets and keep them round under the stress of being smashed against each other as the shot charge accelerates to 900 mph in milliseconds. Round pellets fly true, pattern tightly, and hit hard.

“Forty yards has long been the standard by which all turkey loads were measured…no more,” read the Winchester press release, so I patterned Long Beard at 50 yards with my Remington 870 Super Magnum and a .665 Rob Roberts choke tube. The ammo lived up to its hype. Three-inch loads of No. 5 shot put 85 to 100 pellets into a 10-inch circle, enough to kill a turkey. My old lead standby Winchester Supreme High Velocity 5s averaged 50 hits, and even Hevi-Shot Hevi-13 could do no better than 74.

I have never been a fan of No. 4 shot for turkeys because there are too few pellets per ounce, but Long Beard 4s patterned very well. No. 6 shot plastered the paper at 50 yards. I would have doubts about its energy at that distance, but at ranges up to 45 it should be deadly.

At 20 yards, where anything will kill a turkey and the challenge is putting a tight pattern on target, Long Beard shot only a little tighter than standard loads, so it seems as if there is no downside to it. The only hiccup is that the Shot-Lok compound adds 1⁄4 ounce to the payload, so you pay a price in additional recoil. You’ll also pay from $18 to $23, depending on size, per box of 10, which is a couple of dollars over the cost of regular lead turkey loads.

Winchester claims Long Beard’s pellets will penetrate up to 10 percent better than standard lead. I shot Long Beards and Supremes into phone books at 50 yards and found Long Beard equaled or exceeded the standard load in penetration, despite being 100 fps slower. Hevi-13 easily outpenetrated both lead loads, but given how densely Long Beard patterns, the turkeys will fall over just as quickly. It’s available in both 3- and 31⁄2-inch 12-gauge loads.

Any technological advance in guns and ammunition that gives us the power to kill farther means we need to re­evalu­ate what constitutes an ethical shot. Fifty-yard (and longer) shots were already possible before Long Beard, but that’s still a long way for a shotgun, and you have to be right on target to make a clean kill. That means practicing, learning to estimate range, putting a sight or an optic on your gun, and only firing from a solid shooting position.

Rio Bismuth
Bismuth, the first nontoxic alternative to steel shotshell ammunition, appeared in the ’90s. It was almost as dense as lead, and brittle so it didn’t damage gun barrels. Compared with the poor steel loads of the time, bismuth was kryptonite on ducks. Bismuth Cartridge Co. went out of business when owner Robert Peterson died in 2007, and after a couple of failed reboots, the ammo is back in the U.S. market, loaded by Rio Ammunition ­(rio​ammo.com) of Spain, which actually loaded some of the earlier shells.

I shot some bismuth 3s and 4s; these are U.K. sizes, translating into U.S. 4s and 5s. They printed patterns that ranged from 60 percent (Modified) to mid 50s (tight Improved Cylinder). Choke for bismuth the same as you would for lead, or a little tighter.

The shot has been reformulated to make it less brittle. Original-recipe bismuth was 98 percent bismuth, 2 percent tin; the new pellets are 94 percent to 6 percent. In the field I shot a couple of geese, a few ducks, and a wayward dove with it. Bismuth 3 and 4 shot performed well; I did find some had shattered against bones in the birds I cleaned, but that did not affect its lethality. When I put it to the hard test of killing straightaway wild pheasants–one of the toughest targets that flies–I had to make more follow-up shots, and my shorthair, Jed, had to chase more lively birds than I am used to with lead or even good modern steel 2s and 3s. On the other hand, bismuth breaks at the dinner table before teeth do, which is a plus.

Currently Rio imports 23⁄4- and 3-inch 12-gauge and 3-inch 20-gauge loads of 3, 4, 5, 6, and 7 shot. More gauges and bigger pellets will become available if the initial loads sell well. At $19 to $25 per 10 shells, bismuth is only reasonable if you compare it to tungsten. But it’s a niche product for hunters who want to use old guns in no-lead areas, and that’s a niche well worth filling.