In the not-so-distant smoothbore days of slug shooting, people bragged about shotguns that could hit a 5-gallon milk can at... 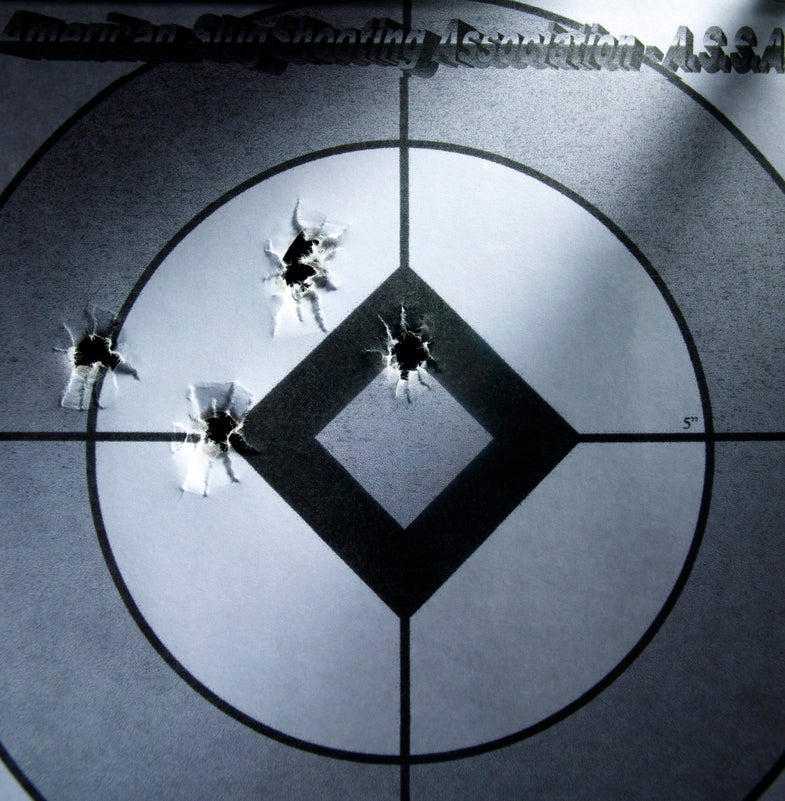 The American Slug Shooting Association (slugshooting.com) does more than talk tight groups. Its members compete every month, pushing the envelope of slug performance. The format is simple: Shoot from a bench at 100 yards. The tightest five-shot group wins. The current 100-yard record stands at an astounding .787 inch; the world is full of centerfire rifles that don’t group as well as that.

Because serious slug shooters are like wild pandas–scattered so widely that they rarely see one another–the ASSA holds postal matches, allowing shooters to compete by sending in targets for scoring. ASSA president Bill Davis has scored a lot of targets in the six years of the group’s existence, and has learned plenty that can help you be a better slug shooter, whether your target is paper or protein.

Guns and Loads
When ASSA shooters submit targets, they specify which gun, ammunition, and sights they used. Here’s what performs well for them:

Davis does recommend premium ammunition. “Premium slugs perform consistently,” he says. “We’ve chronographed some inexpensive sabots and seen variations in velocity from 300 to 500 fps in the same box.”

Winning Technique
The gear is only half the equation. “We use five-shot groups in our competitions. Three shots show what the gun and slug can do. Five shots show that the shooter knows what he’s doing, too,” says Davis. Here are his tips:

Top Shots
Between 50 and 100 members submit targets every month. You buy the competition targets for $3 apiece, which entitles you to a free annual membership. In the ASSA’s Ultra Slug Hunter Challenge, competitors submit one target a month for a year, with the winner receiving a gun.

Targets must be witnessed by a rangemaster to verify they were shot at the regulation distance–50 yards for smoothbores, 100 for rifled barrels. Groups are measured from the outside edges of the farthest holes, then the slug’s diameter is subtracted. To give you an idea of the groups to beat and what performs, here are some 100-yard results:

To see how my slug shooting compares, I shot a competition target with a 20-gauge NEF Ultra Slug Hunter, a Bushnell Elite 3200 1.5X-4.5X scope, and Remington Premier Accutip Bonded Sabots. With a padded gun case between the butt and my shoulder and my front hand holding the barrel down, I hardly felt the gun go off. My best five-shot, 100-yard group measured a very respectable 2.489 inches on a gusty morning.

Never a patient person, I didn’t give the barrel much time to cool. I’m already thinking that next month I can do better.

TIP OF THE MONTH: DON’T LET THE BEAD BEAT YOU
I have written before on the evils of mounting a shotgun too quickly, as if it were a quick-draw contest between you and the bird. Here’s another reason why you’ll hit more targets if you slow your gun mount: Your eye automatically focuses on the fastest-moving object it can see. If you throw the gun to your face as fast as you can, your eye will be drawn unavoidably to the bead. When you look at the bead, the gun stops, and you miss behind, even though you were hurrying to shoot ahead of the target.

Prove this to yourself at home. Take a gun you know to be unloaded, focus on an object across the room, and mount the gun quickly. The bead will pop into your vision like a jack-in-the-box. Now try it again, moving the gun verrrry slowly, and you’ll be able to maintain your focus on the target.–P.B.