How to Stay Awake

Don't miss a buck because he caught you napping. These six tips will help 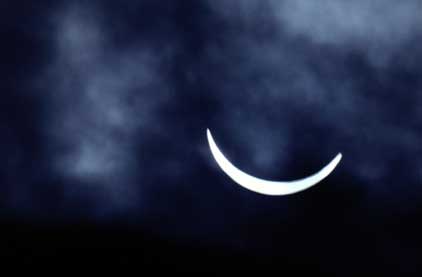 A perfect September day was about to dawn in Minnesota. Following a trail of ribbons he’d laid down on a scouting expedition, bowhunter Stuart Bestul silently made his way to the tree he’d chosen on the fringe of a dense forest. He set up his stand without a single clang or bang, pulled himself into position, tested his bow, and glanced at his watch: 5:30 A.M. All he had to do now was sit and wait.

“But no sooner had I settled in,” Bestul recalls, “than my head started doing the old woodpecker.” The cause of his somnolence: a newborn baby who’d kept him up much of the night before. He tried gouging his fingertips hard against his cheeks. When this failed to rouse him, he stood up in his stand-only to find himself swaying so much he was sure he’d fall. Figuring that a 10-minute catnap would help, Bestul lowered himself to the ground and was just about to nod off when it happened.

“It was the biggest buck I’d ever seen,” he says, 14 years after the morning that still haunts him. “If only I’d stayed up there just five more minutes, the deer would have been walking down the trail exactly where I had predicted.”

The buck shook its massive 10-point rack several times in Bestul’s direction, trying to make him move. His heart beating wildly, the hunter remained frozen, unblinking, hoping the animal might wander off unspooked. It was not to be. In an instant, the deer spun around into the brush and was gone forever.

HUNTING SHEEP Bestul is clearly not the only hunter to suffer impaired performance due to a surfeit of grogginess. And in fact many Americans have some sort of difficulty getting enough rest-the Stanford Sleep Disorders Clinic says that 31 percent of us regularly suffer excessive daytime sleepiness, and the National Sleep Foundation says that 54 percent suffer insomnia. No one has collected such statistics on outdoorsmen, but stand hunting combines circumstances that hit sportsmen with a double whammy of sleep-related difficulties-hunters will suddenly reduce the amount of sleep they get at night, and they engage in a monotonous activity during the day.

Tom Roth, Ph.D., director of research at the Henry Ford Sleep Disorders Center in Detroit, explains that as long as we’re running around and staying hyper, adrenaline can usually override the sleepiness. But the moment we sit down, we’ll start to nod off. “Feeling sleepy in a tree stand is not that much different from feeling sleepy in church or while watching TV. Inactivity doesn’t make you fall asleep-it simply unmasks the sleepiness that you already have.”

Missing a buck is one thing. But consider the real dangers that can result from sleep deprivation. It’s no fluke that most tree stands today come with a safety harness to help protect against falls. But even with that precaution, Bestul’s decision to climb down was the right one-better to ease yourself down on your own terms than to have gravity do it for you.

Expert Advice: Six Tips for Staying Awake
To stay awake when you need to, and maximize the sleep you manage to get during hunting season, here’s what experts in sleep medicine recommend:

Catch up. Make up your “sleep debt” a week or two before you hunt. It takes an hour of sleep to provide two hours of daytime alertness. If you’re getting less than eight hours on a regular basis, your sleep debt has been accumulating. Say you’ve slept only seven hours a day for the past week. You “owe” yourself seven hours more (1 hour x 7 days). Sleeping nine hours a day for the next week will get you caught up.

Take a nap. Of course, during hunting season, you’re building up a debt as well. For sportsmen who hunt on weekends and work during the week, a good way to pay it back is through naps after work. For days in the field when yyou can’t stay awake, Roth says that Bestul’s catnap was a good idea, though its timing proved unfortunate. “When you get hungry, your body is giving you a biological signal to eat,” says Roth. “When you get sleepy, what’s the biological signal? It’s not saying to slap yourself on the face. It’s telling you to go to sleep.” A short rest of 10 to 20 minutes can help clear your brain temporarily of a chemical called adenosine, which induces grogginess.

Go easy on the alcohol. A couple of beers after dinner doesn’t seem like a big deal, but as alcohol wears off, it causes subtle withdrawal effects that trigger repetitive awakenings throughout the night. Most of these are too short for you to consciously notice, but they greatly erode the restorative value of your sleep.

Get comfortable. If you’ll be sleeping on the ground, it’s worth the additional weight and space in your pack to bring whatever you need to get comfortable: a sleeping pad and a bag that’s rated for the weather, earplugs, and maybe a blindfold. It’s also helpful to simulate as much as possible anything you’re used to doing at home, maybe wearing a familiar pair of pajamas or bringing a book if you’re accustomed to reading in bed.

Consider medication. If you know you’ll be too excited to sleep well the night before, ask your doctor about one of the new-generation “hypnotics,” i.e., sleeping pills, which have been proved safe and effective when used on a short-term basis. Fast-acting prescription medicines like Sonata and Ambien would be best suited for a hunter because they induce sleep quickly and do not cause the “hangover” effect common with other sleep drugs.

Be aware of potential problems. Sleep disorders, especially sleep apnea (characterized by loud snoring and brief breathing cessation), are extremely common among middle-aged men. Other medical conditions, from heart failure to Parkinson’s disease, can also trigger excessive daytime sleepiness. Your doctor can help diagnose any of these root causes and, if necessary, refer you to a sleep lab for specialized treatment.