How To Rattle in Bucks With One Hand

Minimize movement by mounting an antler to your stand. 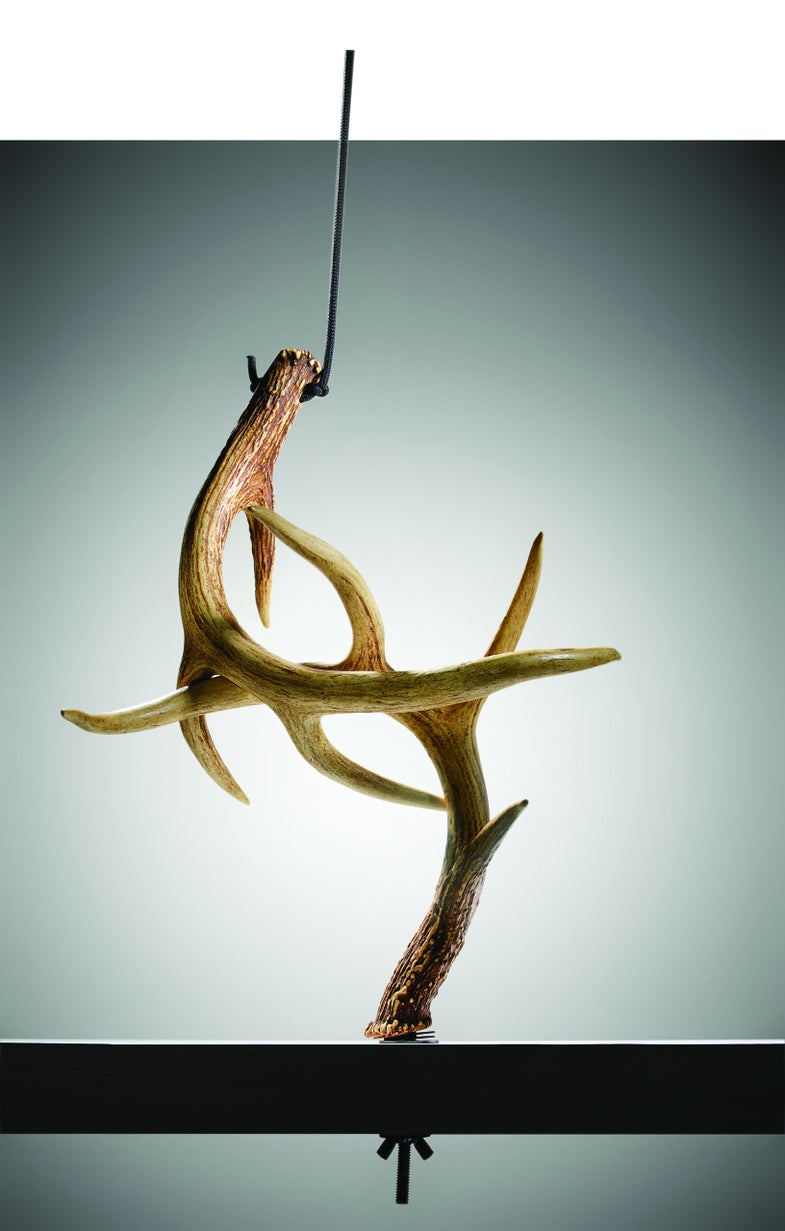 The movement required to rattle in a buck can torpedo the best setup, especially when a wise whitetail hangs up in thick brush. This easy-to-make rig allows a hunter to rattle one-handed, with minimal movement, to draw in big deer. The rig installs easily on stands with catwalk-type floors. You’ll need to drill a hole in the floor of wooden stands.

If you hunt out of a climbing tree­stand, you can still rattle one-handed. Just tie on a longer length of bungee cord [a] and then sink the other antler in the ground below you. Pull up on the cord and then lower it, causing the antlers to clack against each other. To a buck, the slight tickling will sound like a fight winding down.