How Accurate Are Survival TV Shows?

After the death of a survival show fan, our expert analyzes Les Stroud's Survivorman and Bear Grylls's Man vs. Wild 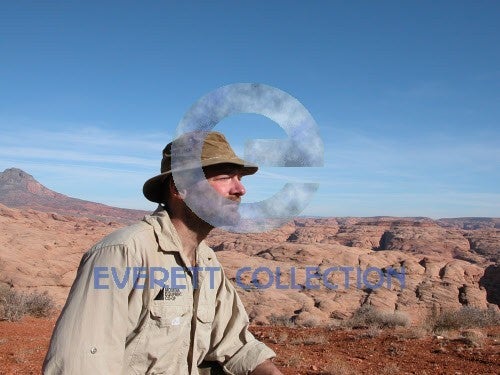 When Richard Code left the Toronto, Ontario, suburbs and began to hitchhike north toward his death, he carried little more than an axe and a desire, born of books and reality TV shows, to spend several days honing survival skills. He was dressed in thin clothing that was no match for February temperatures that would plummet to 10 degrees F. He wore hiking shoes that would become soaked after he thumbed his last ride, as he postholed through deep snow toward the shoreline of Horn Lake, in the Muskoka woodlands. Besides the axe, his meager defenses against the elements included a compass, a lighter, a space blanket, and a multitool. He had no tent, no sleeping bag, and no food.

Most important, he lacked formal survival training. Instead, family and friends reported that Code relied heavily upon instructions from Survivorman, the TV show starring Les Stroud, and from Stroud’s book, Survive! Code’s body was found a week later.

Among other things, this tragedy calls into question whether reality-style shows paint an accurate portrait of wilderness survival. Survivorman, which aired from 2005 to 2008 on the Science Channel, and the Discovery Channel’s Man vs. Wild, starring Bear Grylls, each pit one man against the elements. So earlier this year I plunked myself down in front of the tube to watch back-to-back seasons over the course of a weekend, seeking answers to several questions I would later put personally to Stroud. (Questions e-mailed to Bear Grylls, who was unavailable for a telephone interview, were unanswered by the time of publication.)

A Safety Net Behind the Set

From the opening sequence of Man vs. Wild, in which Bear Grylls swings on a vine, bites the head off a snake, eats a scorpion, clings perilously to the face of a waterfall and leaps into a churning pool, it is clear that the 36-year-old former UK special forces paratrooper is, above all, a showman. It also should be noted that he has been accused of being a charlatan. In 2007, widely published reports of Grylls sleeping in hotels, receiving off-camera assistance building rafts and bridges, wearing a safety harness to descend chasms, and feasting on animals that were conveniently provided by others prompted the show’s producers to re-edit some early episodes. A disclaimer was added stating that Bear and his crew “receive support when they are in potentially life-threatening situations.”

Stroud’s Survivorman is more documentary than contrived drama, with the misery, hunger, and depression of solo survival standing in stark contrast to Grylls’s thrill-a-minute gymnastics. Like Grylls, however, Stroud has backup. As such, the psychological aspects of survival, specifically the tendency to panic, are kept in check, a fact that Stroud readily admits. It’s one thing to start a fire with a single match when, if you fail, you can call for the cavalry. Without the safety net, your fingers might shake a little more.

Different Philosophies
The skills Stroud demonstrates are bedrock solid, clearly presented, and potentially of life-saving value. Although Grylls, a former survival instructor, can also offer practical information, the fundamental difference between their approaches is set forth in the antagonistic title of Grylls’s show–Man vs. Wild. In the “Arctic Circle” episode, Grylls goes careening downhill on makeshift ski gear; breaks through the ice of a frozen Arctic river, soaking himself from the waist down; and jumps from a ledge onto the top of a tree, using his weight to bend the tree over and cushion his fall. Had he truly been in a survival situation, a mishap during any of these stunts could have been his death sentence. Grylls never goes around a cliff if he can rappel down it, and never walks if he can run, jump, or otherwise risk cracking a limb.

When Grylls eats deer pellets in the “Alabama” episode and opens wide to show you a mouth full of dung, it struck me as a metaphor for the overall value of his advice.

If Grylls’s attitude toward nature is “attack, attack, attack,” Stroud’s can best be summed up as “prepare, cooperate, persevere.” When Stroud must cross water in one episode, he states that the situation allows “no room for bravado or carelessness.” Had Richard Code closely watched Season One’s “Plane Crash,” he would have noted that Stroud chose to wear wool to combat the frigid Ontario winter weather. Striking off into the bush farther south in the same province, Code wore thin cargo pants and a jacket. Stroud used stone and an axe to expertly spark a fire as long as his body. Code managed only a meager fire on his first night and no flames on his second, after which he succumbed to hypothermia.

His tragedy highlights the instructional limitations of any survival show. For example, Stroud says it took three months of practice before he was able to start a friction fire in the wilderness. On-screen, it takes him about three minutes. Magazines, including this one, are also sometimes guilty of oversimplifying. I can explain the basics of starting a fire with a bow drill. What’s harder to convey is the difficulty of mastering the skill.

Crawl Before You Walk
Reached by phone recently, Stroud said he reacted to Code’s death with “great sadness.”

“I would never recommend soloing in the bush without much hands-on instruction,” Stroud told me. “It’s not like I jumped into this business. Learning survival skills is a process. First you train with a group, then you solo but with other students [also on their own] nearby.”

He offered the following analogy: “I can watch all the NHL hockey I want, but that doesn’t mean the first time I step on the ice that I can play hockey–I would get hurt. Survival is in itself a higher-end skill–it can’t be approached casually. What’s missed is the practice stage required.”

For Stroud, the practice stage has included more than a year of intensive training under some of North America’s best survival experts, including Gino Ferri, the director of Survival in the Bush Inc., an Ontario-based outdoor-skills school. While praising Survivorman for its verisimilitude, Ferri maintains that most survival shows “abstract the stress and ugliness of wilderness survival” and give viewers an inflated sense of their abilities. To prove the point, he filmed a show called TV Made Me Survive with two neophytes whose only outdoor training came from watching episodes of Survivorman, Man vs. Wild, and the BBC survival series presented by the British bushcraftsman Ray Mears. Both men, Ferri says, went into the woods confident they could prevail. One lasted seven and a half hours; the other, one and a half days, before they gave up due to bugs and bad weather.

No one will ever know all the factors that contributed to Richard Code’s wandering unprepared into the bush, or staying there when he could have backtracked to safety. But it would be unfair to hold Les Stroud responsible. Doing so would be like blaming Jeff Gordon for the death of a NASCAR fanatic who crashed after putting too much foot to the pedal of his Kia.

Still, I can understand how viewers like Code come to idolize wilderness survival stars. I, too, admire Stroud and aspire to his minimalist aesthetic as a tonic against the times. Watching the videos, I was kneeling right alongside him while he struck sparks from his axe with a rock. I helped him set a snare that caught a rabbit. I even allowed myself the luxury of thinking that I could have done better than he did with primitive gear in the Amazon and in Alaska. What I had to keep reminding myself was that it’s easy to survive when you’re sitting in an armchair.

That’s something we should all keep in mind before throwing down the remote and plunging into the wilderness with a knife between our teeth.