Eva Shockey on the Future of Hunting

F&S sits down with the cohost of Jim Shockey’s Hunting Adventures, women’s advocate and rising star Eva Shockey, to discuss... 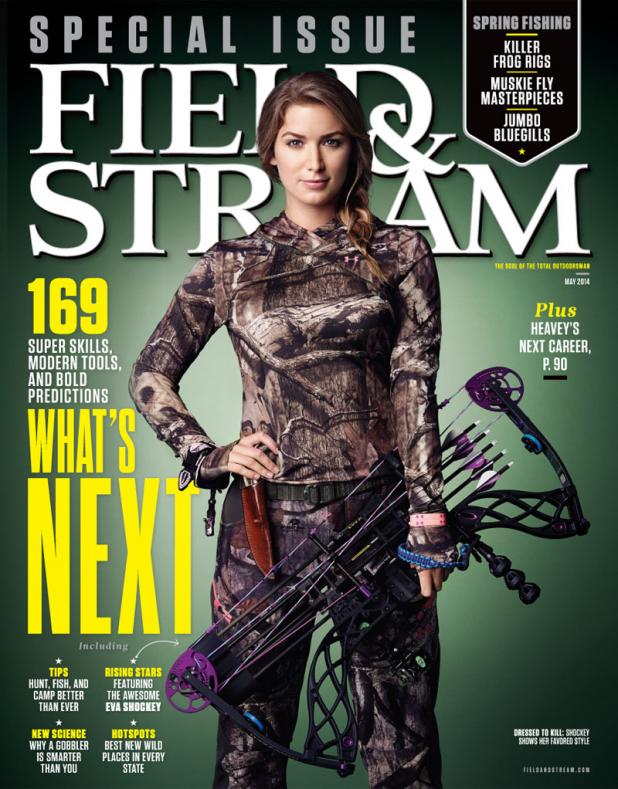 F&S: So, Eva, what’s next?
E.S.: I’d say women are. Compared to just last year, the number of women I meet–young girls, teenagers, moms with babies, older women–who tell me they hunt or are taking up hunting is incredible. Bass Pro Shops owner Johnny Morris recently told me that the sale of women’s products was just 3 percent of his business 10 years ago, and now it’s 30 percent. Women are coming on full force.*

F&S: Why do you think that is?
E.S.: We have so many more platforms now. Outdoor Channel. A&E. Shows that depict hunting have become mainstream, so people are more accepting of it. When those shows feature women in the outdoors, other women feel more welcome and accepted.

F&S: Do you see yourself as a role model to these new hunters?
E.S.: I think of myself more as just being relatable. I’m the same as a lot of these girls I talk to. My dad was smart enough to pick up a camera and take it hunting 15 years ago, so, yes, we now have a camera in front of us all the time, but otherwise we’re just like any family that hunts together.

F&S: Obviously the camera loves you. How do you handle all the attention from men?
E.S.: It’s an honor. I’m not doing anything scandalous–I keep all my clothes on–and I try to make decisions that, if I had a daughter, I’d want her to make. If people think that’s attractive, especially in full camo, I think that’s great. I take it as a compliment.

F&S: Will more women hunters get their own TV shows, rather than being some dude’s sidekick?
E.S.: Definitely. That’s happening now and it’s only going to get bigger. Remember, a lot of those “sidekicks” are very capable in their own right and could have very successful shows of their own.