A few thousand acres of standing corn can hide a lot of deer. But whitetail guide Jamie Hoseth of northern Missouri’s Border Bucks Outfitters still has to put hunters on big bucks. 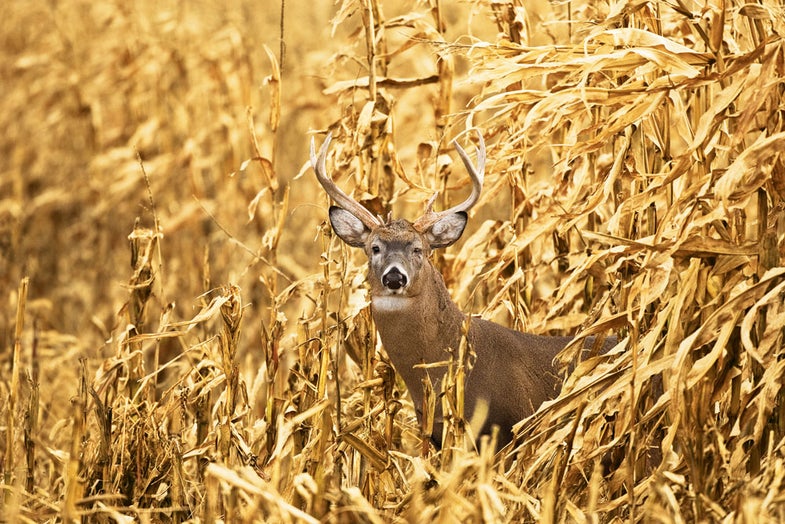 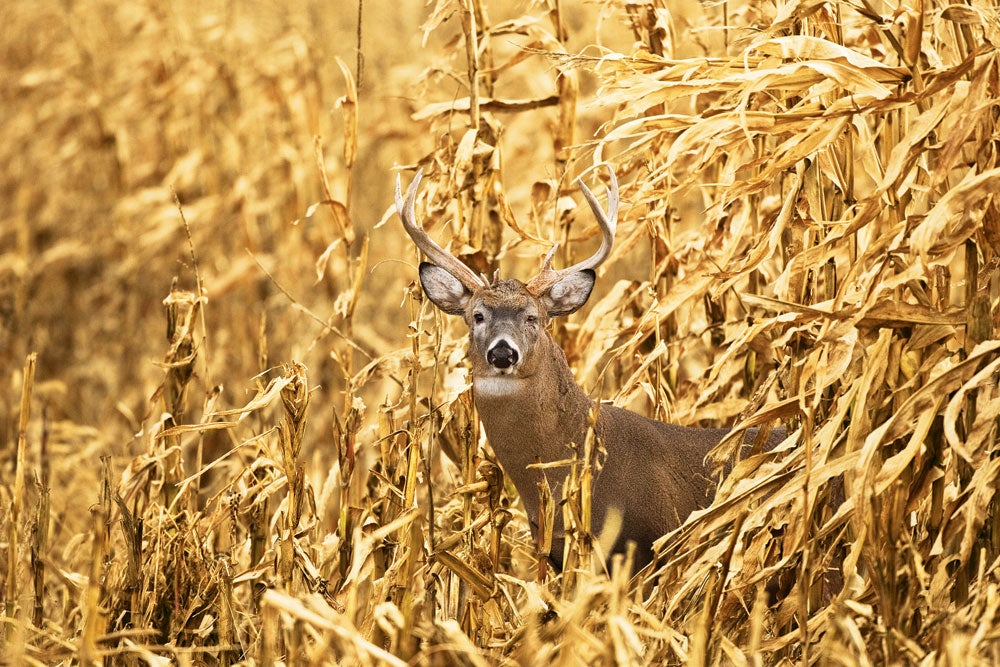 A few thousand acres of standing corn can hide a lot of deer. But whitetail guide Jamie Hoseth of northern Missouri’s Border Bucks Outfitters ­(border​­bucks​­outfitters.com) still has to put hunters on big bucks. Last year, despite the fact that a wet fall left corn unpicked in most of northern Missouri—and much of the Midwest—for the duration of gun season, hunters at Border Bucks managed nearly 20 whitetails scoring 140 inches or better. Here are three strategies Hoseth used to get his clients on trophies.

[1] Hunt the deer’s traditional bedding areas.
Sure, deer bed in the corn, but they don’t abandon the best traditional bedding areas, says Hoseth. “In this area we have lots of brushy ditches and CRP fields that deer always bed in, and when the corn is up, bucks also use these areas as travel corridors between the standing crops.” Hoseth is normally conservative about setting up near bedding areas, but in a standing-corn situation, when there aren’t many open-cover alternatives, he’ll position hunters right next to the thick stuff. “Otherwise you’ll never see deer walking through. It’s a little risky, but it can definitely pay off.”

[2] Find the does and then stay put.
A buck will leave standing corn to chase a hot doe. If you’re seeing some females just off the corn, assume there are many other deer in the field, including bucks, and sit tight. “I can’t tell you how many times I’ve had a hunter ask to move because he’s seeing does but no bucks,” says Hoseth. “When I move a new hunter into that spot, he inevitably kills a stud. If ever there’s a time to be patient, this is it. The deer are there, and a big buck only needs to show himself for a few seconds to provide a shot.”

[3] Hunt vantage points overlooking the corn.
Taking a stand right over a cornfield can be productive as long as you can see a little ways. “There are usually areas within a cornfield that a farmer can’t plant because of creeks, irrigation ditches, or other wet ground,” Hoseth says. “Deer use those spots like highways. A stand at the corner of a field, where you can glass two edges between the corn and timber, is another prime spot.”

[4] Still-hunt the rows.
“This is a tactic just about everyone who hunts farmland already knows, but it’s worth mentioning because it can be very productive,” Hoseth says. “It takes concentration and patience to pull it off, but I’ve had great success still-hunting through a cornfield. I step from one row to the next, glassing down each thoroughly. It’s amazing how many bedded deer you can spot this way.”