Got some grit? Use a pressure washer to speed-clean a whitetail head. 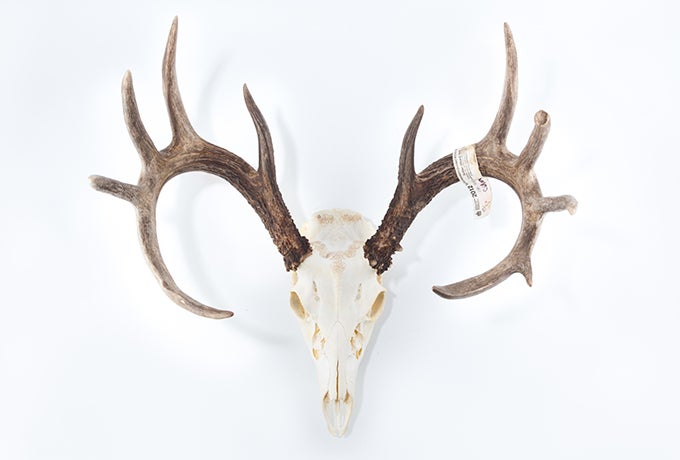 Step 1: Pick Your Spot
Choose a discreet area that also offers a backstop—a fence or large tree—that you don’t mind getting dirty. “If you pressure blast a deer head without a backstop behind it, you’ll send it skidding across the horizon,” says Wyoming butcher Craig Hemmah, who prepares more than 200 skull mounts each fall.

Step 2: Pick Your Tools
Hemmah uses a commercial pressure washer with 180-degree water to clean all his skulls, but a $250 cold-water model from Lowe’s or Home Depot will do just fine. Get a fan-tip nozzle, as a pencil tip or turbo head will break through the skull. You’ll also want goggles, long rubber gloves, and a disposable coverall.

Step 3: Boil Then Blast
“We put all our skulls in plain boiling water for 10 to 15 minutes to soften them up,” Hemmah says. Next, work the skull over with a knife, cutting away skin, eyes, the soft palate, and other large chunks of flesh. Then, standing several feet away from the skull, start the washer and slowly increase the pressure, while closing the distance, until you’re removing meat without breaking bone.

Step 4: Get Up In There
When the skull is mostly clean, focus on the antler ridges and nasal cavity. The washer will blow the spider webbing right out of the nose, but that’s good, says Hemmah. “It’ll stink like Maggie’s drawers if you don’t get all that nerve material out.” Next, work the pressure tip into the brain-stem hole at the base of the skull. “It’s an awful mess, but there’s no faster method for getting out the brain,” he says.

Step 5: Sunbathe
Dry the skull in direct sun. If it begins to yellow, apply some Redken Pro-Oxide Cream Developer 20 Volume ($17; sleekhair.com). Let it dry, wash off, and repeat until the skull is nice and white.