The latest turkey shotguns don’t shoot as far as deer rifles or slug guns—but they look and perform more like them every year.

Ever since I started turkey hunting in the ’80s, people have been trying to turn turkey hunting into deer hunting. First came turkey scoring, then blinds. Now turkey hunters scout with trail cameras, and more of them than ever spend spring inside a camo nylon cube, watching a decoy or, where legal, a feeder or bait pile. Since I believe that turkey hunting is what deer hunting would be if deer hunting were still fun, I am not a fan of this trend—except when it comes to shotguns.

We will never make turkey shotguns into deer rifles, but we’re trying hard. With the advent of Winchester Long Beard and Federal Heavyweight ammo, 60 yards is not too far with the right equipment. Not long ago, 20 to 25 yards was the sweet-spot range where shot patterns packed lots of wallop and yet were still open enough to make hitting a turkey’s head easy. That ideal range is now 30 to 40 yards. I’m O.K. with that. My average shot runs long, probably 35 yards or so. That’s partly because I hunt open country, partly because I’m excitable, and partly because my theory is that once a turkey steps into gun range, I can call to it more, or I can shoot it before something goes wrong. So I shoot.

Big and Bolt
If there’s one turkey gun that looks and feels like a deer gun, it’s the bolt-action Savage 212 (probably because it is a modified version of the Savage 220 slug gun). Last summer I had the chance to make one for myself when I visited the Savage factory in Westfield, Mass. And by make, I mean I was allowed to watch and, under close supervision, occasionally help with the building of my gun as it worked its way along the assembly line. The 212 turkey gun comes with Savage’s excellent AccuTrigger, which makes precise shooting much easier. It has no sights; rather, the receiver is drilled and tapped for an optic, which will also help me hit what I’m shooting at, especially if it’s way out there. And because the choke-tubed barrel is rigidly fixed to the receiver, the gun should center patterns to point of aim consistently. I’ve not had a chance to shoot my gun a lot yet, but so far it does exactly that. At 8 pounds with a sling, the 212 is hefty. This too makes it easier to shoot accurately, if a little more difficult to carry.

It’s not perfect: The plastic magazine feels cheap, and the action isn’t especially smooth. I don’t care, because I plan to shoot once and am not concerned about fast follow-ups. The 212 turkey is currently a custom offering, but you can order one of your own from Savage for around $700, a pretty reasonable price.

In the Tube
I’m looking forward to hunting with my new 212, but the truth is you don’t need a riflelike bolt shotgun to shoot tight, long-range patterns. You need a good choke tube. Pumps and semi­autos now score right along with the open-class bolt guns in the National Wild Turkey Federation’s Still Target competition, in which contestants try to put the most holes in a 3-inch circle at 40 yards with a single shot from a hunting position. The reason the pumps and autos have caught up, says longtime competitor Clark Bush (all​about​shooting.com), is because chokes have improved.

Bush believes there’s no magic degree of constriction that produces the tightest patterns. Rather, he says, the key to a good turkey choke is its internal geometry, meaning the parallel and angled sections within that are bored according to each tube maker’s own theories and experience. I agree. Before last turkey season I ran shells loaded with different shot sizes through turkey chokes of various constrictions. Patterns were all deadly, but I didn’t see much difference in results among the various constrictions. That’s good news for you, because it means you don’t need to buy a lot of expensive aftermarket tubes looking for the one that works best. Instead, buy one (Indian Creek and Jeb’s are two that do very well in competition) in .655 or .660, and try different shells until you find the right combination.

Right Sight
For long-range shots, an optical sight will help you center your pattern precisely on target where it’ll do the most good (or harm, depending on how you look at it). Although red dots aren’t as precise as scopes, I’ve made 50-yard shots with the former on a couple of occasions. They are very fast to use, and now that they’ve become rugged and idiotproof to the point that it’s difficult to leave them on and run out the battery, I like them a lot. The smaller ones, like the Aimpoint Micro and the Meopta Meosight, weigh practically nothing. Your gun will be less of a burden if you still believe, as I do, that turkey hunting should largely be about a walk through the spring woods.

You will be better off with a scope, however, for the longest shots. I like a 1X or 1.5X model, with which I have shot turkeys standing, walking, running, and flying (once). Clark Bush prefers a 4X for both Still Target competition and hunting. “I can shoot with both eyes open, and I still have plenty of eye relief with a 4X,” he says. “Some people put 4X–12X variables on their Still Target guns, but the crosshairs bounce around at higher magnifications, and you lose eye relief, too. I’ve seen lots of people get scope cuts with these, and once I even saw a competitor who was knocked out by his scope.” That should be reason enough for you to keep it at 4X or under. That’s plenty of magnification for the ­longest-​range gobbler, and if any lights are going to go out on your next hunt, better it be the bird’s. 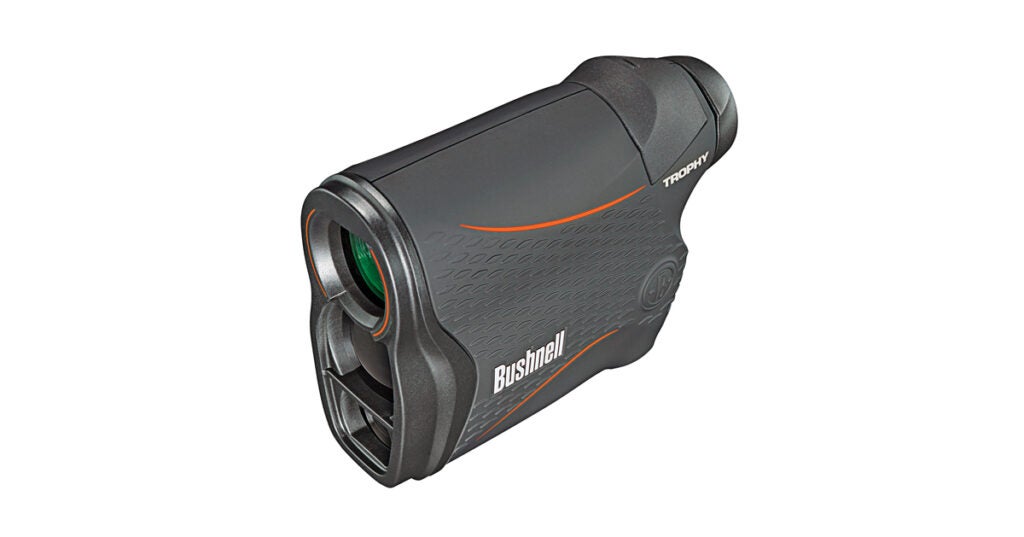 Is that hung-up tom in range? As new chokes and loads make turkey guns lethal at longer distances, consider adding a rangefinder to your turkey vest. Bushnell’s new Trophy model ($199; ­bushnell.​com) packs a lot of features into a small, affordable package, including a Rainguard coating and a large button control that’s easy to use while wearing gloves. Most important, the Trophy’s new Full Spectrum Technology helps it positively acquire dark objects—such as big, black gobblers—that can otherwise absorb a laser instead of reflecting it. —P.B.