Master these deadly call-and-decoy combo strategies to put a herd bull right in your face. 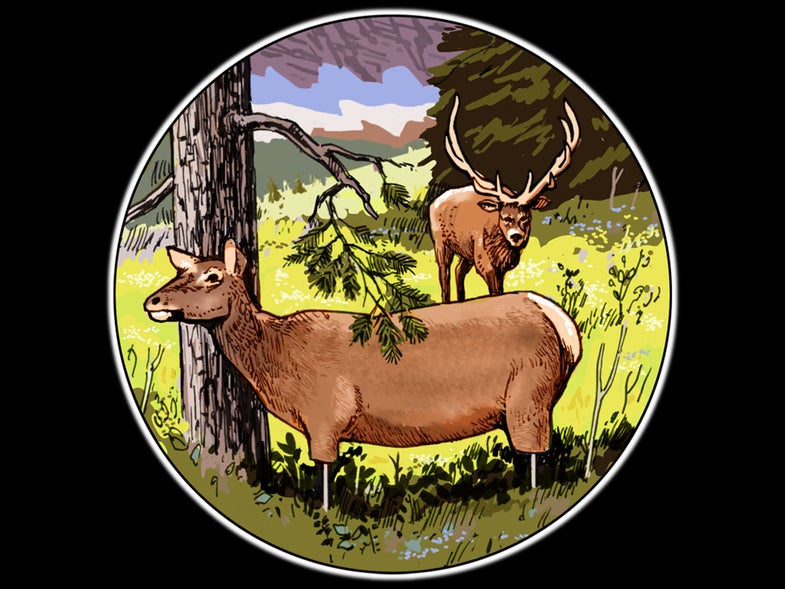 Elk Blind Spot: Elk key in on the ears and eyes of other elk.. Steve Sanford
SHARE 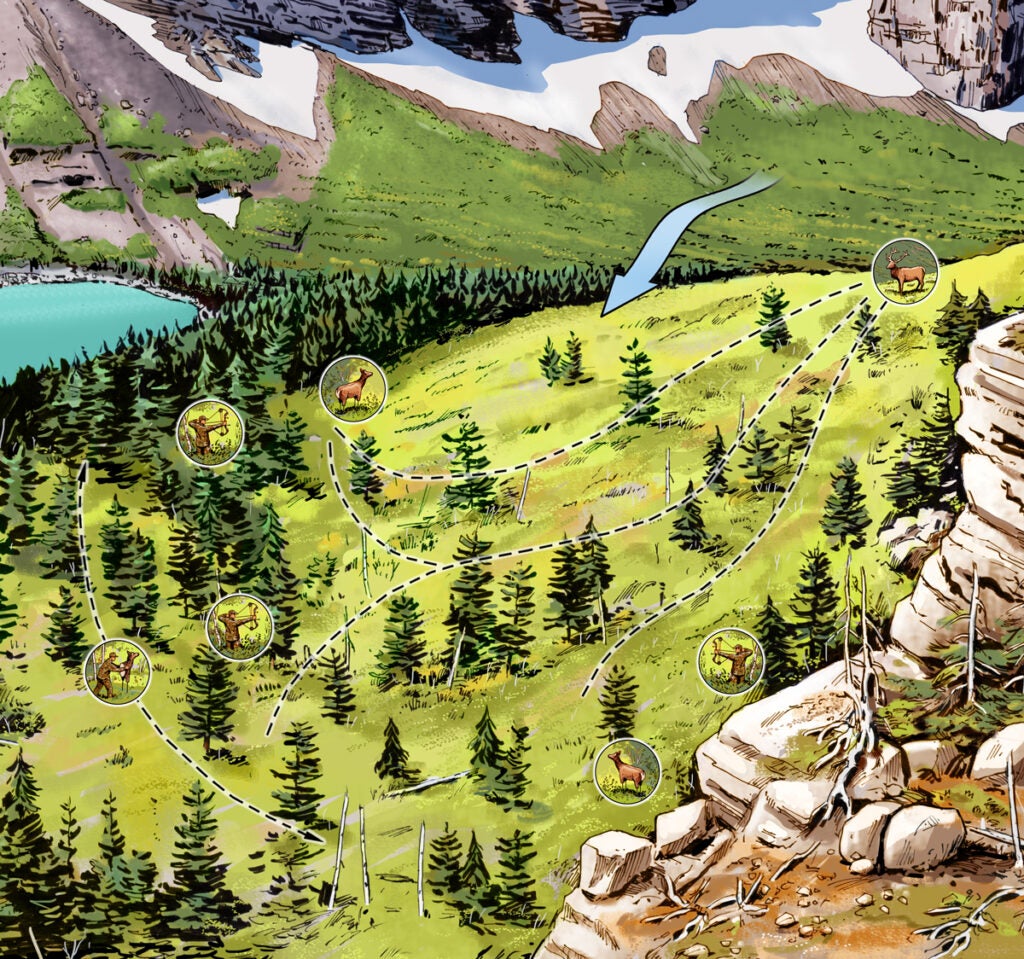 Three decoy tactics to coax an elk up close.

As more hunters take to the mountains each fall, elk have learned to tune out aggressive calling. Although a herd bull may still respond to your sounds, pulling him those last few yards into bow range frequently requires a visual cue reassuring him all is well. Today’s elk decoys are better than ever, and they can help you steer a bull right into a 20-yard shooting lane. Here are three effective ways to use a ruse and fake out a trophy this season.

Just as humans read facial expressions, elk key in on the ears and eyes of other elk. Hiding your decoy’s head behind a tree can keep particularly wary bulls moving forward as they try to read the faux cow’s mood. 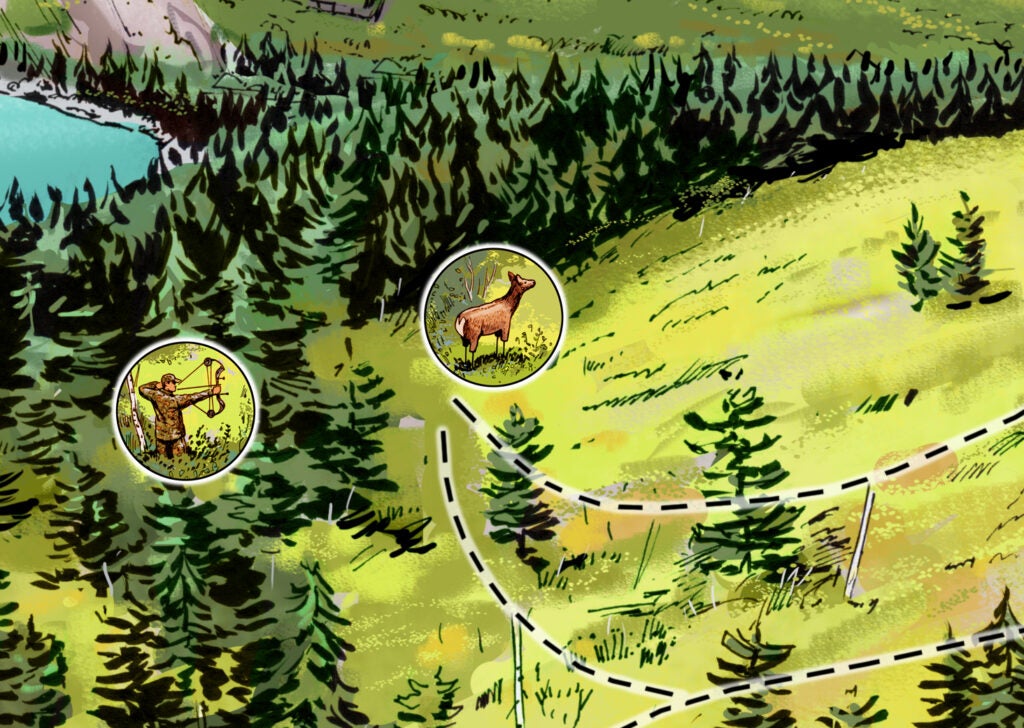 Much like tom turkeys, big herd bulls like to show off. At dawn, they’ll often stand in meadows, bugling in their harem to a nearby bedding site. Sneak in before first light and stake a decoy 10 to 15 yards into the opening, then retreat to just inside the dark timber. Get hidden, as the bull will have plenty of time to spot you as he crosses the clearing. You needn’t wait for him to bugle. Instead, start with some contented cow calls just before sunrise. Keep an eye on the meadow’s edge, as wary bulls may try to skirt your location. 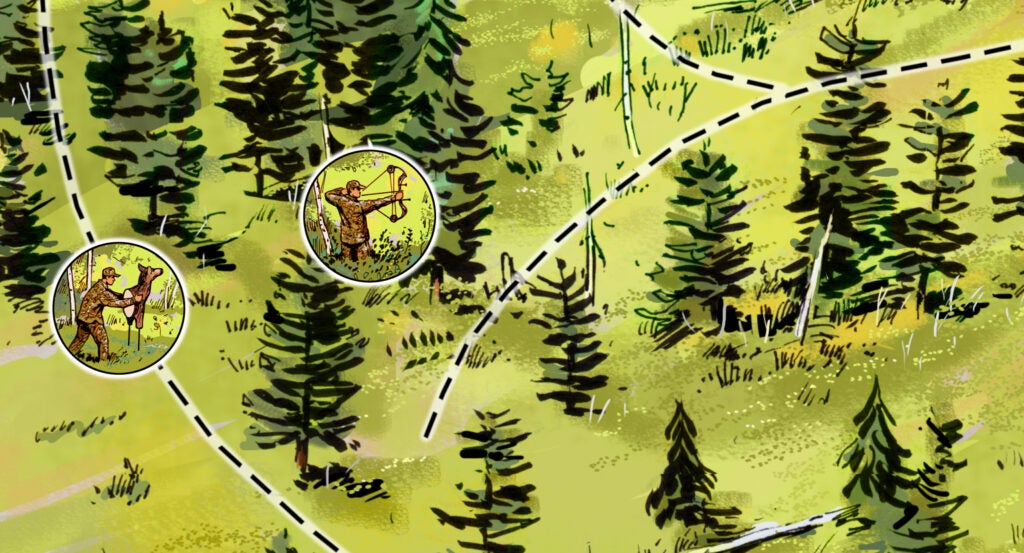 Have a partner carry a cow decoy 15 or so yards behind the shooter.

This aggressive approach requires a stealthy hunting partner carrying a cow decoy 15 yards or so behind the shooter. Begin with the short, high-pitched bugle of a satellite bull, followed by the whine of an estrous cow. When a bull responds, move the decoy away from him, cow calling as if it’s following the smaller bull. The decoy man can even adjust left or right, luring a bull right into the hunter’s lap. 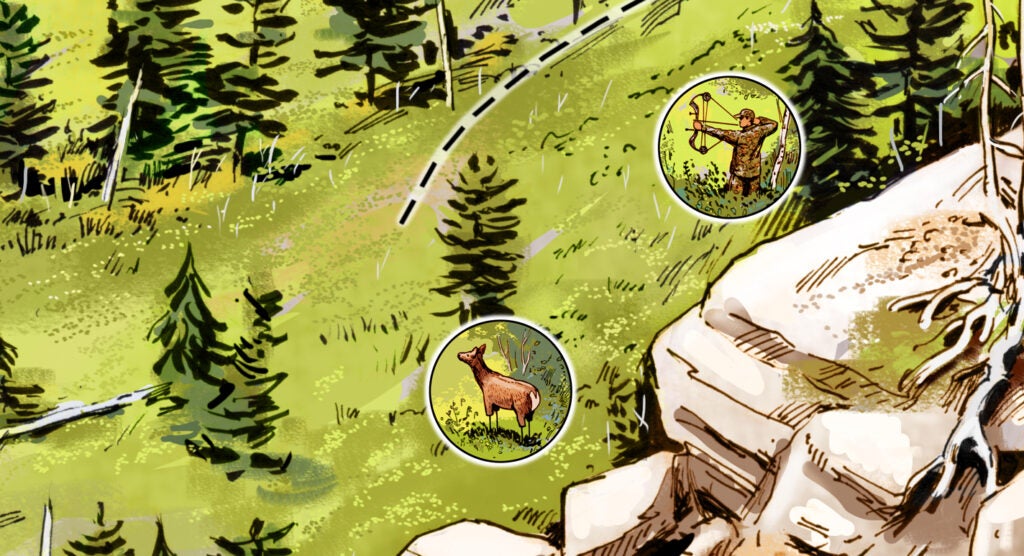 Place a cow decoy 20 yards behind your setup.

Pressured bulls frequently approach cow calls silently, and they’ll bust you before you even know they’re around. So try placing a cow decoy 20 yards behind your setup. Call softly every 15 minutes to prevent the bull from pinpointing you, and intercept him with an arrow as he silently approaches the decoy. As with all of these tactics, make sure you’re set up downwind from where you expect the bull to approach, and take into account shifting thermals.