The Four Basics of Hunting Mallards

The go-to duck isn’t always a sure thing. Here’s how to dial in on greenheads 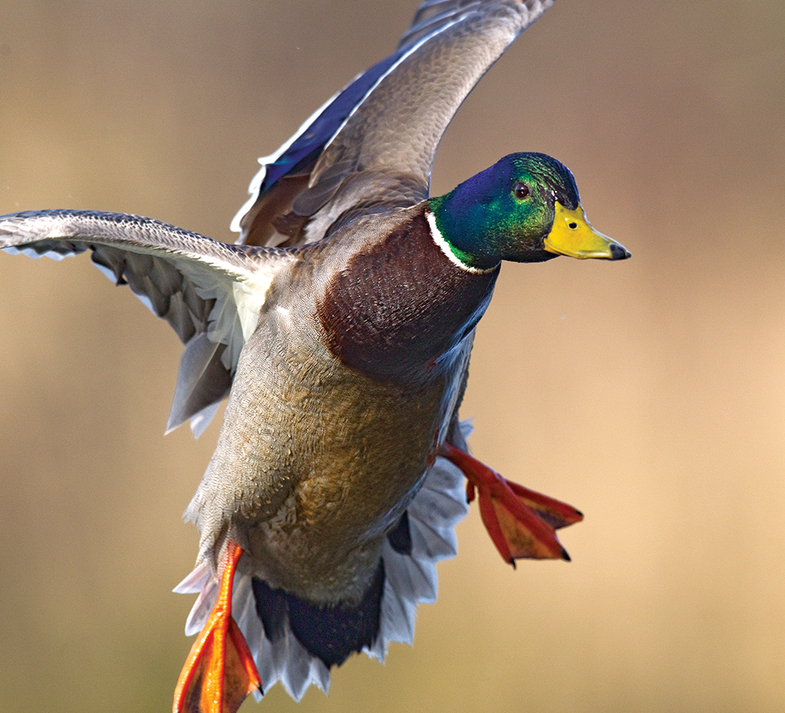 Ask duck hunters from Washington state to Maryland what species is their favorite to chase, and chances are 95 percent of them will immediately say “mallards.” And with good reason: Mallards are big, sturdy birds, with the males, also called greenheads, tipping the scales at up to 3 pounds. With those iridescent green heads and black rumps adorned with a pair of sharply curled feathers, the drakes are unmistakable. The smaller hens, like many females in the waterfowl world, are a drab brown, a rather blank canvas broken by a shimmering blue speculum bordered top and bottom by white—an identifying mark shared by both sexes.

The most widely distributed of our North American wildfowl species, mallards can be found in good to excellent numbers in all four flyways, which is another reason they’re favored by duck hunters nationwide. Mallards are hardy rogues, too, often remaining far north for as long as they can find feed and open water.

Opening-day mallards are typically locally raised birds—ducks that know the area and have a regular day-to-day routine. With but few exceptions, opening day across the U.S. comes with relatively mild weather, meaning there’s no great need for mallards, or any other species for that matter, to feed heavily.

That said, early-season hotspots are often mallard loafing areas. This translates into farm ponds, slow-water creek sections, or quiet corners of a larger marsh complex. Once the gunfire begins, look for small flocks of these local birds hiding out on unfamiliar waters: pasture ponds, secluded beaver pools, or tiny backwater bays on the edges of major impoundments. Gunners on the coasts should look to the salt marshes.

Fooling early-season mallards doesn’t compare to stumping Einstein on the subject of relativity. More important to success than decoys is scouting and, ultimately, location. Still, the plastic ducks do play a role in a successful hunt.

Spinning-wing decoys, electronic or ­muscle-​powered, can be very effective with these young-of-the-year birds. As for the decoys themselves, a dozen mallard fakes, with an emphasis on drab hens, will typically suffice, especially when you’re hunting small waters. Add two or three Canada goose floaters for both confidence and long-range visibility—and in the event a parcel of September honkers invades your airspace. Use a jerk cord to add movement to the fakes. 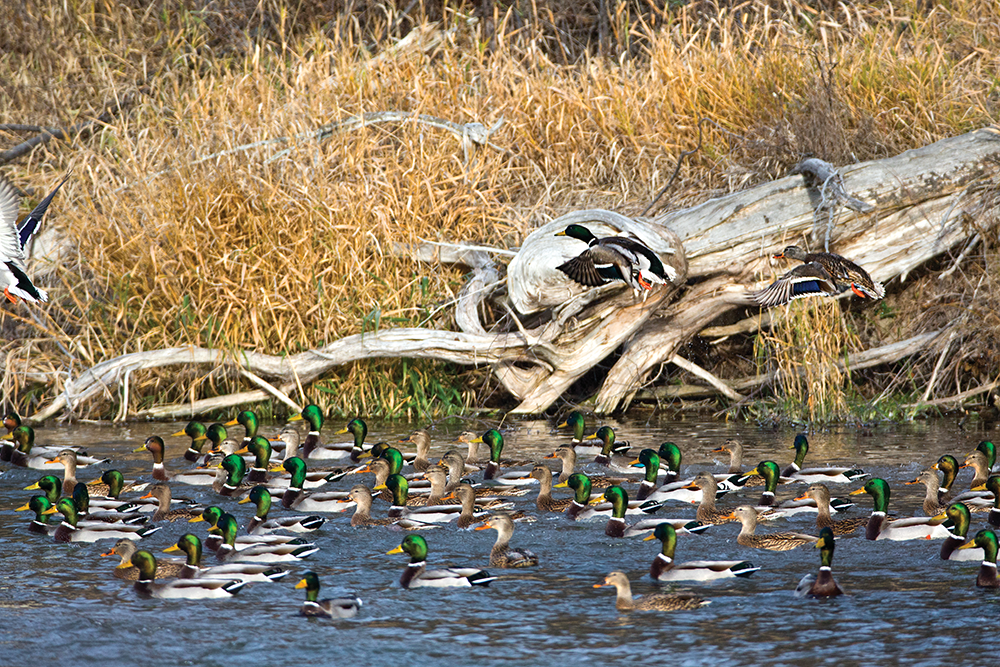 Flashing Some Green: A flock of mallards on a Montana creek.

Mallard sounds attract mallards. But to give unresponsive birds something different to hear and possibly respond to, try throwing a series of contented quacks at a passing flock with a new call, such as Sure-Shot Game Calls’ Classic Triple Reed, or Zink’s killer drake mallard whistle. Savvy callers save the volume and aggressiveness for later in the season, opting instead for comebacks, quacks, and feeding chuckles combined with simply being in the right place at the right time.

Gunners can go light during the early season, even when you’re spotlighting mallards specifically. A 23⁄4-inch 12-gauge hull packing 11⁄8 ounce of Hevi-Metal No. 4s at 1500 fps is plenty for lightly feathered birds. If you expect geese, 3-inch loads throwing 11⁄4 ounces of Hevi-Metal No. 2s will pull double duty, whether the target is greenheads or ganders.