When Should You Retire a Lucky Lure? Here Are a Few Pointers

There are good lures and good flies, but only a few deserve a spot on the shelf. 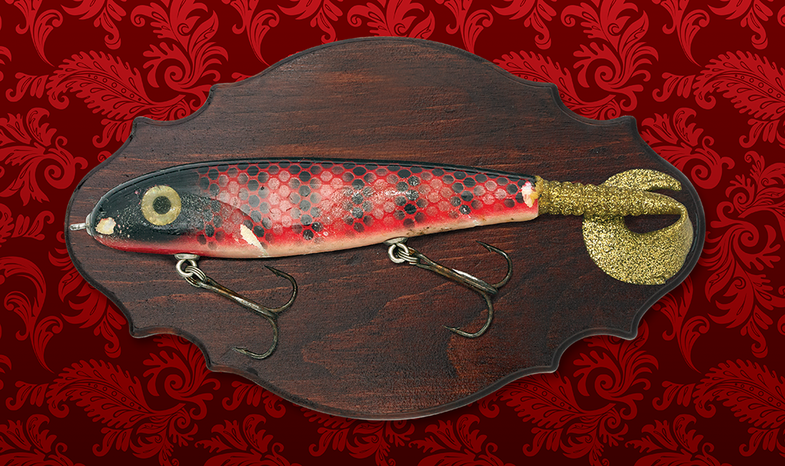 Every serious angler I know has at least one retired lure or fly stuck on a pegboard in the basement, on a shelf in the man cave, or dangling from the garage rafters. Whenever I see one, I have to know its story. Unlike with a bowling trophy, the reason for putting a lure on display isn’t obvious. It’s personal to the angler. Of all my “shelfers,” these three are my favorites.

For two days in Dec. 2010, my friend Mark Modoski and I had been pounding the Allegheny River in Pennsylvania for muskies with guide Red Childress. It snowed the whole time and was the kind of bitter cold that forced us to suck down Advil like hard candy because our hands were so cramped. On our third and last day, I was the only one who hadn’t connected. Late in the afternoon, Childress gave me a red Phantom Softail glide bait to throw, and we motored back to a known honey hole. With only minutes of light left, a muskie pummeled that lure right next to the boat. It was just 35 inches, but it was my first muskie ever, and it happened to be my birthday. A few weeks later, I got a package from Modoski with that Phantom Softail inside. He had called Childress asking to buy it, but Childress gladly sent it along gratis. In the package was a note: “Every­one has to keep the lure that caught their first muskie.”

Pre-Retirement Tip: Work just the tip of the rod in short strokes when you’re retrieving a glide bait. Moving the whole rod will wear out your upper body faster. 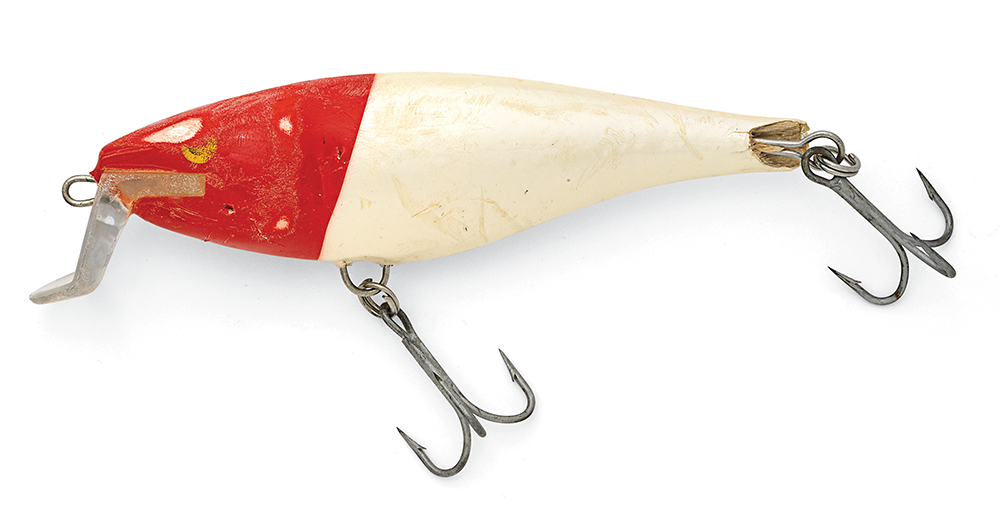 I took the red-and-white Shad Rap out of the box and handed it to my guide, Clifford Ramos. We were bobbing at the mouth of Costa Rica’s Rio Colorado, roasting in the 100-degree air. Over three days, I had lost count of the 100-plus-pound tarpon we’d hooked. We’d just finished jigging the area, and now Ramos wanted me to throw a plug. I bombed the lure as far as I could and cranked twice, and the rod was nearly jerked out of my hands. The fish jumped in the distance, and as it landed, Ramos coolly said, “A 200-pounder.” But it didn’t look any bigger than others we’d jumped. An hour and 45 minutes later, I was drenched in sweat, my back was screaming, and the fish was still making Mach 1 runs. That’s when I knew he was right. I eventually bested the nearly 8-foot fish, and after the release, I studied the lure. The paint on the new bait had been scuffed away as if hit by a belt sander, and the through-wiring was starting to rip out of the balsa wood body. That was 2007, and when I see the lure now, I still wince at the punishment we both endured.

Pre-Retirement Tip: When plugging for tarpon, never forget that their mouths are rock hard. Even if the initial blow is powerful, set two or three times to really drive the hooks home.

3. Get Him, Tiger: Master Splinter Mouse

The first Master Splinter mouse fly I tied was in a motel room in Hancock, N.Y., along the Upper Delaware River in 2014. Little did I know that the low-riding pattern would prove to be a genuine killer for brown trout after dark. The fly drew countless slurps and pops after sunset in a bunch of different trout streams. What it had yet to do was produce a true trophy. In July 2015, I was floating the Delaware with my friend and guide Ryan Furtak. Rain was pouring down in such heavy sheets that we had to keep pumping out his drift boat. Then, for a brief window, the rain stopped. The light was low, and fog rolled in. I tied on a Splinter, not expecting much. On the third cast, a massive trout head silently broke the surface and engulfed it. Furtak and I were shocked. It turned out to be a fat 18-inch tiger trout—the rarest trout in the system. It’ll probably be the only one I ever catch on the Delaware. Every time I run my finger over the teeth marks in the fly’s foam back, I daydream about that tiger’s head breaking the surface and my heart’s momentarily stopping.

Pre-Retirement Tip: Work mouse flies in slow strips. A live mouse doesn’t have the strength to swim fast against current, so a slow presentation is more natural.