How to Overcome Your Bowhunting Performance Anxiety 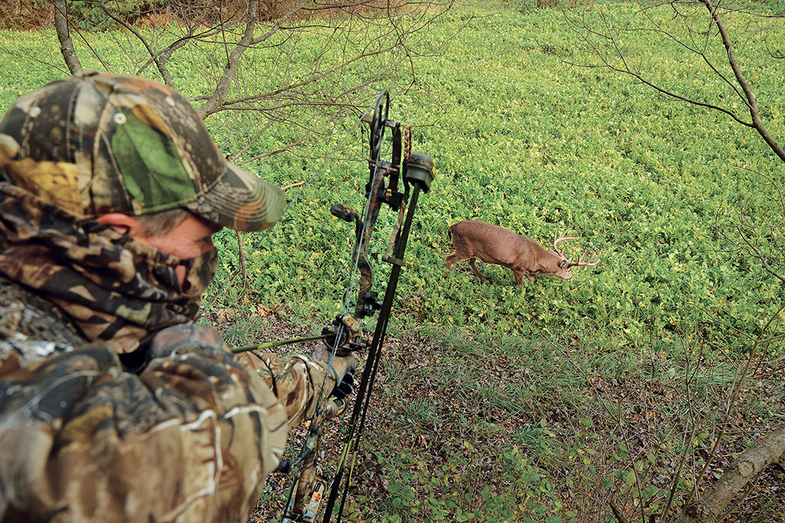 You've Got This: Be ready for the shot at a wall-hanger by practicing realistically.. Charles Alsheimer
SHARE

My friend Jeff Below, one of the most successful bowhunters I know, calls it Stage Two. “You can shoot a bow well, and you can get into bow range of deer,” he says. “But you manage to blow every encounter. You draw at the wrong time and spook the buck. You miss. Or worse, you hit the deer poorly. It’s the toughest stage for any bowhunter, because you have to admit that you’re blowing it. And then you have to find a way to fix it.”

This phase of bowhunting—which everyone goes through—is a unique mix of performance anxiety, inexperience, and the difficulty of putting an arrow into an animal that rarely poses like a 3D target. That’s when you need this plan for getting to Stage Three: killing those bucks.

It’s shocking how many bowhunters shoot hundreds of arrows at a target as they stand 20 to 30 yards away and call themselves ready to hunt. Then the season arrives, and 99 percent of the hunting they do is from an elevated stand, and the shots they take force them to tip their torso, lean around a tree, bend their knees, or make some other unanticipated move. Devote a minimum of one day per week to shooting from a treestand; better yet, walk a 3D course that forces you out of your routine.

A huge emphasis is placed on the size (or lack thereof) of a ­shooter’s group as an accuracy measure. Trouble is, deer don’t stick around as you fling multiple arrows. Hunting demands a single, perfectly placed arrow. So some evening when your practice time is limited, grab one arrow, and visualizing that 3D target as a living, breathing deer, take your shot. No do-overs. No “Oops, I dropped my bow arm there.” Just one shot. With practice, you’ll learn to shoot it well.

Making a killing shot on a deer requires that several complicated things (drawing undetected, assuming proper shooting form, stopping the animal, aiming at the deer’s vitals) occur even before you punch the trigger. There is no better way to practice this than to draw on nontarget deer. The next time a doe or fawn (or a young buck, if you’re holding out for Mr. Big) wanders into bow range, practice “shooting” the deer by going through this entire sequence, right up to the instant you’d release the arrow. Nothing beats this live practice for making an actual shot seem easy.

Far too many newbie bowhunters, impressed and inspired by the whopper bucks shot by their heroes on outdoor TV (and, yes, in magazines like this one) are determined to hold out for a wall-hanger. What those rookies don’t understand is that for every stud buck most known trophy hunters have killed, they’ve tagged many, many, does and smaller bucks. If you wait for a giant to appear before filling a tag, you’ll miss dozens of opportunities to shoot deer—which happens to be the absolute best practice of all.