Pots are perfect for subtle clucks and purrs. Box calls belt out yelps and cackles. You wouldn’t give a mouth... 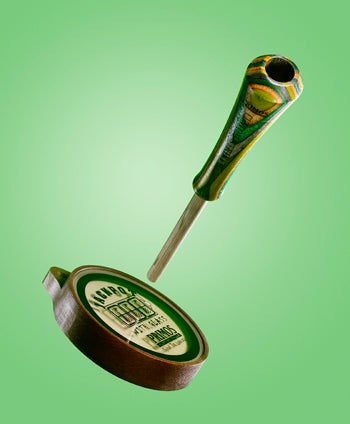 Pots are perfect for subtle clucks and purrs. Box calls belt out yelps and cackles. You wouldn’t give a mouth call to a new hunter, but you’d use one when you need both hands to aim. In short, different calls serve different purposes.

So we asked four turkey guides to spend the entire 2011 season using four distinctly different calls now on store shelves. They rated each on its own merits to determine which performs its go-to function best.

For more info on the guides who tested the calls, scroll to the bottom of the article.

Hunter’s Specialties Rasp Pack
5 stars
$15
hunterspec.com
THE LOWDOWN The testers loved the sound they got out of these mouth calls. “Very realistic,” said Sabati. “Turkeys responded well all season long.” They also raved about the value. The three-call package offers versatility, added Sabati, because “each has its own unique sound.” Everyone felt these were beginner friendly, as mouth calls go: “With very little practice, proper sounds can be achieved,” said Schmid.Three out of the four were able to use the calls right out of the pack without any trimming, and all thought the Infinity Latex would last a long time.
Hits: “Three-note yelps were no problem.” –Duncan
Misses: “They’re all the same color.” –Sabati

Knight & Hale Sweet Lil’ Liar
4.5 stars
$26
knightandhale.com
THE LOWDOWN The small size of this box call was not a problem for three testers, but Schmid found that it made the call more difficult to locate in his vest pocket. All four agreed that the waterproof coating was a big plus and worked well in wet weather. Sabati noted that the call required no chalking or other preparation and would be easy for a beginner to use. Duncan thought the call was well made but that its pitch was a bit too high, creating “soprano notes instead of the rasp I prefer.” Cornwall liked the different pitches he got from each side.
Hits: “Lightweight but durable.” –Cornwall
Misses: “Does not provide a full-box sound.” –Duncan

Primos Jackpot
4.5 stars
$25
primos.com
THE LOWDOWN Everybody commented favorably on the construction and durability of this glass pot call, which they felt could serve a beginner well with a little practice. “The sounds and tones were flawless,” Schmid said, so much so that he tossed out some other pot calls he’d been carrying. Sabati was also a fan; he got consistently realistic sounds, and the call responded well to varied striker pressures, delivering inviting soft calls and demanding loud ones. Duncan agreed that the call “had a very good sound,” but he complained that the placement of the lanyard hole created a bump in the frame that interfered with his admittedly large hand.
Hits: “Performed flawlessly in all conditions.” –Schmid
Misses: “Cost is a bit high for a factory run.” –Duncan

Quaker Boy H20 Easy Yelper
3.5 stars
$25
quakerboy.com
THE LOWDOWN All agreed that a raw novice could call in a tom in any weather with this waterproof push-button call. “I had an 8-year-old using it effectively,” said Schmid. However, Cornwall and Duncan had problems with the wire spring falling out of place. Cornwall added that the call “lacked the ability to modulate the pitch during a yelp.” Sabati, on the other hand, said the call was able “to produce a wide variety of calls both loud and soft.”
Hits: “Must-have beginner call.” –Sabati
Misses: “Comes apart easily.” –Schmid